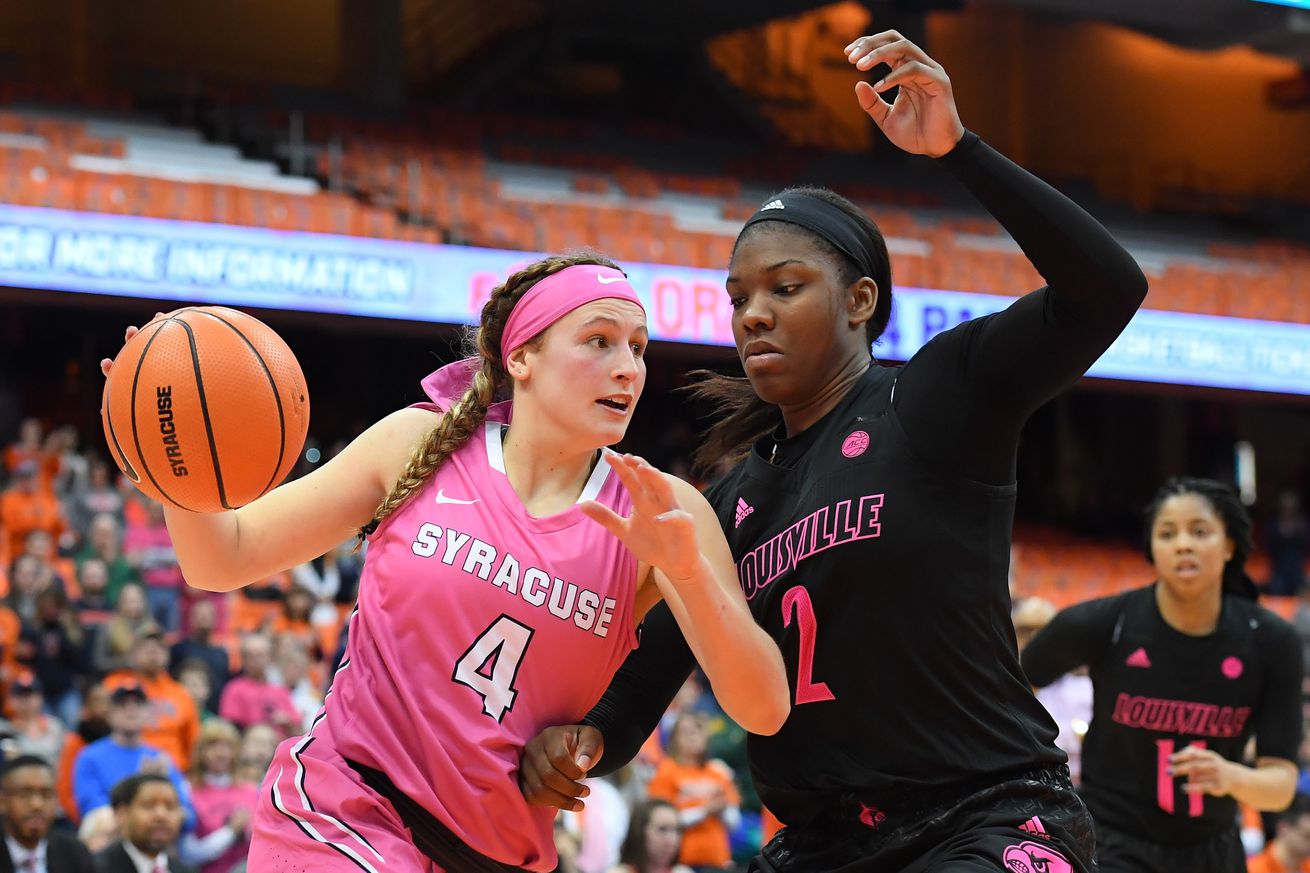 Syracuse is one of four ACC schools ranked in the poll.

Syracuse Orange women’s basketball was tabbed the No. 23 team in the nation by ESPN’s Way-Too-Early Top 25 Monday morning.

Coach Quentin Hillsman brought in the nation’s fourth-ranked recruiting class, according to HoopGurlz, and returns four starters, including leading scorer Kiara Lewis (17.6 PPG, fourth in the ACC). And those aren’t even the chief reasons why Syracuse should be back in the postseason. That honor goes to the return of the program’s all-time assist leader, Tiana Mangakahia, who missed last season while getting treatment for breast cancer.

Last season, the Orange held a 16-15 record with a 9-9 mark in Atlantic Coast Conference play. With that record, Syracuse would not have advanced to the NCAA Tournament if it was held (cancelled due to COVID-19).

All-American point guard Tiana Mangakahia will also be back in the starting line-up this season after beating breast cancer last year.

A finalist for the Nancy Lieberman Point Guard Award, Mangakahia made her mark as one of the best players in college basketball in 2018-19. She averaged 16.9 points and 8.4 assists in 31.3 minutes per game and became the all-time leader in career assists with 591. Mangakahia is also the fastest player in program history to score 1,000 points.

Syracuse welcomes the fourth-ranked recruiting class in the nation, the highest ranking in program history.

Three other ACC schools were ranked in the Way-Too-Early poll, including No. 5 Louisville Cardinals, No. 7 NC State Wolf Pack, and No. 20 Notre Dame Fighting Irish.