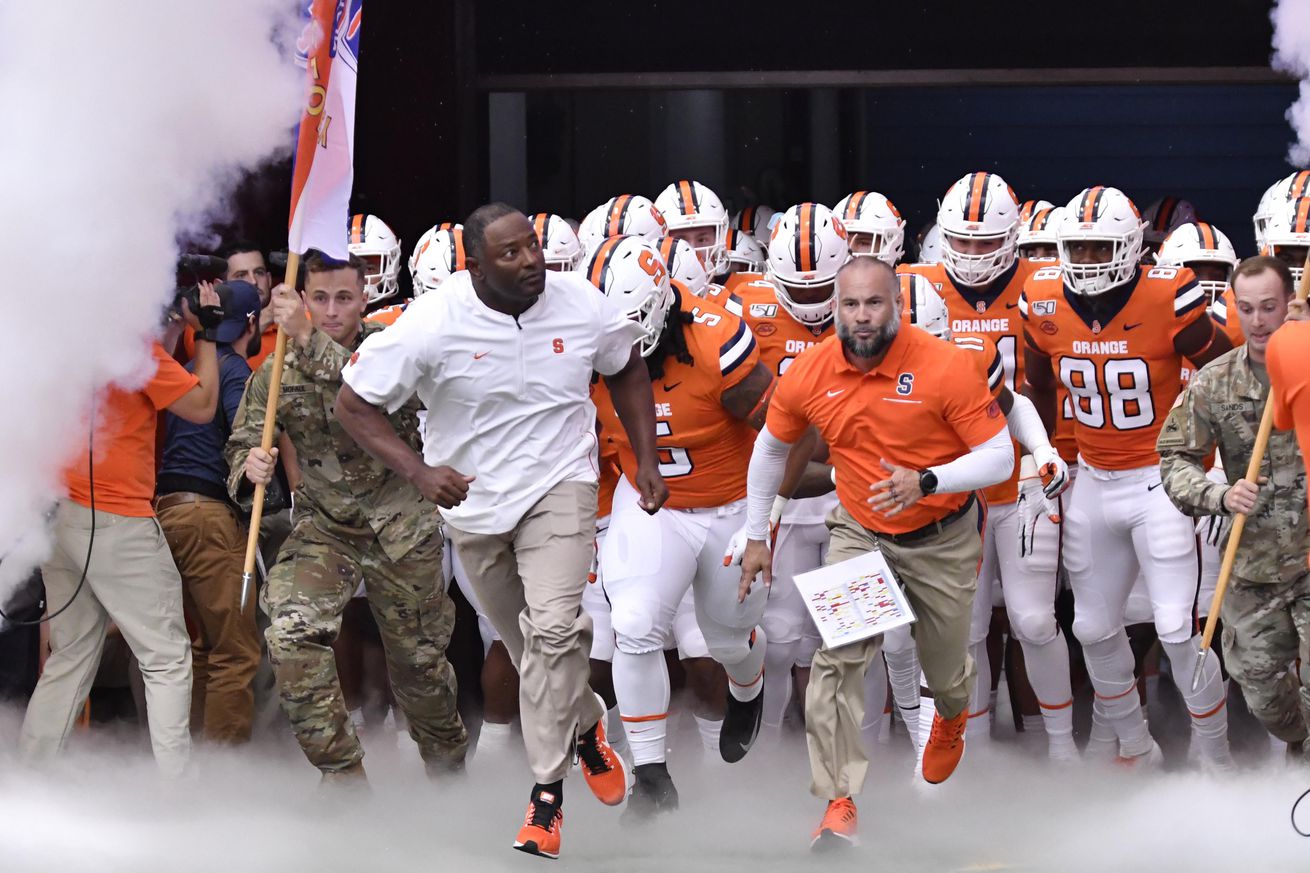 Welcome to football season? So are we winning in week one?

It’s the season opener between the Syracuse Orange and the North Carolina Tar Heels. At this point, in this most “2020” of seasons, we don’t think anyone knows what to expect. What we’ll see on the field may vary considerably from what we’re seeing in the limited glances we’re getting into the team.

That said, before this one kicks off at noon ET on the ACC Network, the TNIAAM staff weighs in on how this one will play out.

I’ll kick things off… I think the Orange defense comes out strong in the first half giving Sam Howell some unique looks and causing the Tar Heels offense to scuffle. They settle down in the third quarter and attack Syracuse on the ground while the Orange offensive line struggles to give Tommy DeVito time to look downfield. A second-half turnover gives UNC a short field and they are able to maintain a two-possession lead.

Both teams come out in this one with the offenses far more ready to go than the defenses. Howell shows why everyone is excited about him early, and DeVito warms up and makes some plays happen once Cuse is just far enough away to catch UNC playing too safe. While the end result is never in doubt, the Cuse offense is able to to do just enough to make it interesting moving into Pitt.

This game gets decided by the running back vs. linebacker matchups for both teams. On one side, you have a sophomore running back in Jawhar Jordan running into the buzzsaw duo of Chazz Surratt and Tomon Fox. Not an easy task for a player starting his first game in college. On the other side, the running back duo of Michael Carter and Javonte Williams should dominate the starting SU linebacker trio that has a combined 21 games of college experience. Add on Howell’s abilities and Cuse is looking at a learning experience rather than a competition.

There’s just too many things for the Orange to figure out. I think there’s a good chance they put a few points on the board, even with the current status of this offense, but I don’t think that running into this buzz saw of a UNC offense is helping a defense that’s being fully implemented get off it’s feet at game speed. The one-two punch of Carter and Williams, is good. Even though I think the defensive line is a strength, at the next level, learning on the fly against a duo of their caliber spells doom for the linebackers (who I think could be a strength with some experience).

UNC’s offense is explosive and versatile enough to take this win on their own, even if the Orange defense is improved — and I think they will be. At the same time, I just don’t see how they’ll be able to both slow down Howell and the two-headed rushing attack. An improved pass game for SU makes it a competitive game for a half or so. But ultimately, the Heels are able to keep enough distance to grab the win.