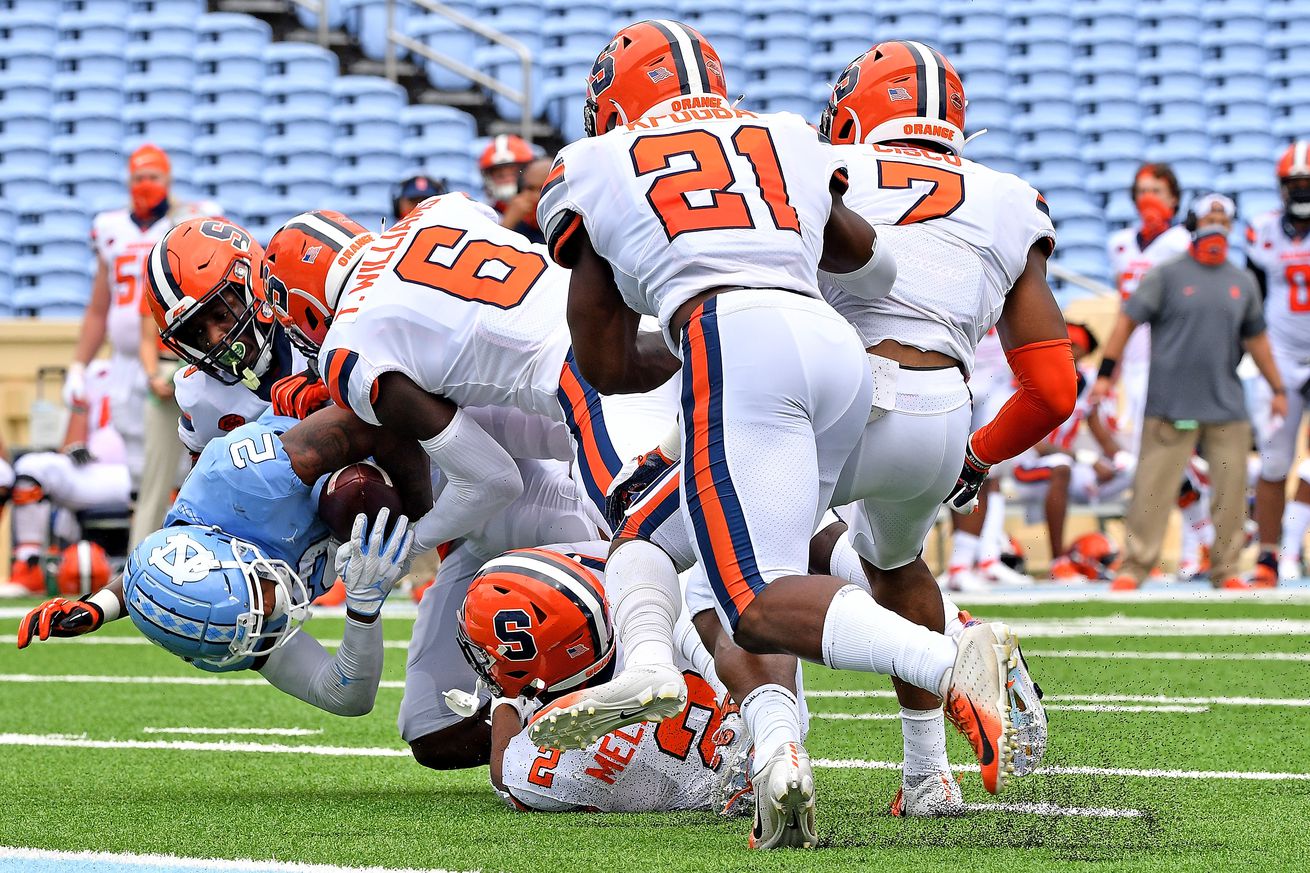 Alright, do we think the Orange can pull the upset?

Following a disappointing road loss against a top-25 North Carolina team last week, the Syracuse Orange football team is on the road once again this Saturday against the top-25 Pittsburgh Panthers. While Pitt beat Austin Peay by a 55-0 score in their own opener, it’s also hard to glean much from any result against an FCS squad.

Still, poll voters seemed impressed enough to rank them, and Pitt’s defense is one of the best groups in the conference, if not the country. Before this game kicks off at noon ET from Heinz Field (and on ACC Network), what does the TNIAAM staff think is going to happen?

I don’t see either offense thriving against the other defense, in what will turn into a bad turf slugfest that I’ve seen so many times in Heinz Field. The Panthers defense is better than UNC’s, but their offense isn’t nearly as potent, so I think some advantageous field position allows the Orange to keep things close. Mostly, this is a Syracuse-Pitt game, which means it’s going to get weird and ugly.

Don’t be surprised if this game plays very similarly to the UNC game. Both defenses have shown that they’ve come to play in this unique 2020 season, and the offenses could struggle to find a way to generate any sort of tempo or flow. However, Syracuse hasn’t shown yet that it’s found a way to keep its offense on the field for a long stretch of time. Keep an eye on the Pitt running game. All they have to do is replicate what the Tar Heels did – pick up 3-5 yards on every rush and that could snowball into the Orange defense getting gassed out in the 4th, much like last week.

Coming into the season the Panthers defense was the group being talked about but the Orange held UNC in check for three quarters and I think both offenses might run into difficulty on Saturday. We’re all pretty down on the Syracuse offense but I expect a couple of new wrinkles this week which help them move the ball. I don’t think the red zone issues will be solved in a week and the Orange settle for too many field goals to score the road upset.

All that said, the Orange haven’t won at Heinz since around the turn of the century and I don’t see that curse being broken right now.

Aside from one historic shootout back in 2016, the Syracuse-Pittsburgh matchup is usually a pretty ugly one. Given the questions around both offenses and we know about both defenses, Saturday’s matchup could be one of the messiest on record. Expect plenty of mistakes, maybe some lucky breaks and the final possession deciding this one. Unfortunately, I think the Orange blink toward the end and lose a very close contest. Though we don learn some positive things — even about the offense — and may even feel a bit better about the season afterward.