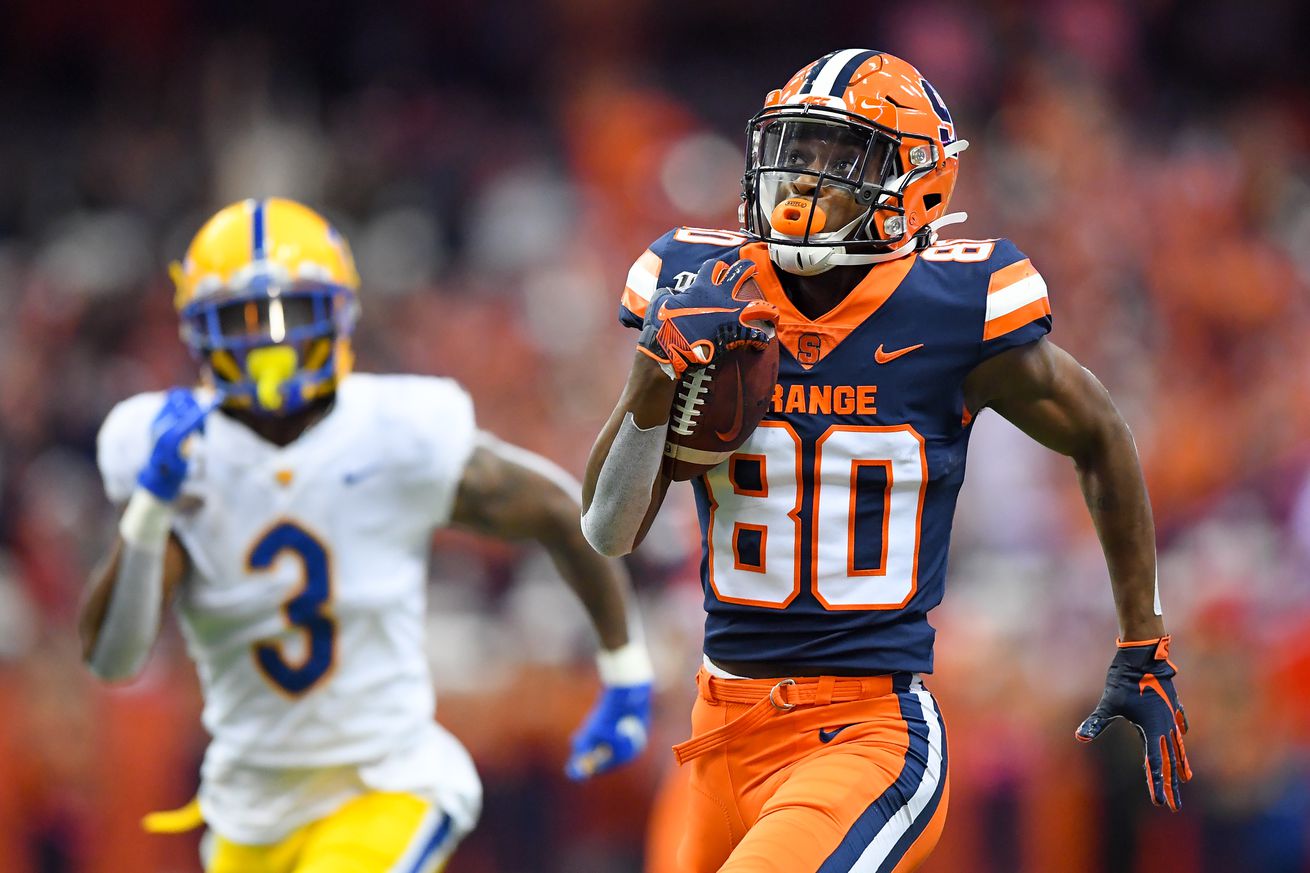 So not the best start to the season for our 2020 Syracuse Orange football team. A 31-6 loss clearly hasn’t inspired much hope in the fan base, and the grueling road schedule continues with another ranked matchup against the No. 25/RV Pittsburgh Panthers.

Syracuse has only won once at Heinz Field playing the Panthers, back in 2001. The Orange scored 35 unanswered points in the second half that day en route to a 42-10 victory. The quarterback for Syracuse that day was some guy named Troy Nunes. That name seems familiar…

Anyways, there’s not a high probability that SU will walk out of Heinz Field for a victory in nine trips since the 2001 game. But what are we watching for here at TNIAAM? Let’s begin:

Christian: Can the defense replicate its UNC performance?

To someone who just looked at the final score of the SU-UNC game, a 31-6 scoreline doesn’t indicate great defense. But considering that Syracuse held North Carolina to 10 points for three quarters until the defense gassed out in the fourth is rather impressive. Many experts have lauded the Tar Heels offense as one of the best in the country and the 3-3-5 impressed in its first showing. However, Pittsburgh now has tape on how the 3-3-5 works, and while the Panthers don’t have the same offensive firepower as the Tar Heels, the preparation should make a huge difference as to how the unique defense is attacked. If the Orange defense can pull off another impressive showing against the Panthers, there should be enough to show that the unit is solid and strong enough to help Syracuse stay or win crucial games later in the season.

Kevin: Will we see the tight ends this week?

Before the season Aaron Hackett talked about some new wrinkles for the Syracuse tight ends but last week Hackett and Benson (which would be a solid buddy cop show) had only two targets. With Pitt’s defensive line a strength of their team can the Orange use these two weapons to neutralize the pass rush? If Syracuse can spread the ball around it could open up more opportunities for Taj Harris and Anthony Queeley on the outside.

While the blame doesn’t fall squarely on Syracuse’s starting QB for all of the struggles against UNC, he certainly didn’t have the best game either, completing just 13 of 31 passes for 112 yards. There were big drops in there, yes. And he was under constant duress. Those things matter, but the offense still needs some quicker decision-making and bigger risks taken in the passing game — especially if the rushing attack is going to struggle (and it’s likely to).

An improved DeVito doesn’t even need to win on Saturday (though it would certainly be nice). Ideally, he just has better timing with his receivers, is a bit more accurate on deep balls, utilizes second and third reads, and finds the end zone a couple times too. Honestly, I won’t even be mad if he throws an interception, if it means he’s trying to complete tougher passes and taking necessary risks (which we’ll have to in order to beat a tough Pitt team).

Steve: Can we get a better perspective on line play across both sides of the field?

Being only one week in, perspective is key across the board. Pittsburgh pitched a shutout against Austin Peay, an FCS school, who couldn’t do anything on either offense or defense. Does this mean Pitt are world beaters? Does it mean that Syracuse is bad because we lost to a ranked UNC team on the road in a season opener?

At this point on offense, we have no idea if Ray Volasek, who wreaked havoc against the Syracuse offensive line, is an All-ACC player, or if the Orange guys just struggled. On defense, McKinley Williams, Josh Black and Kingsley Jonathan looked solid in their debut against a good FBS unit. We don’t know what to expect from Pitt’s front five on offense as they only played FCS competition so far. All in all, this week should provide something more to characterize what the film showed us from last week and put together a clearer picture of what the Orange have this year.

Harris and DeVito were not on the same page for chunks of the UNC game, but for the most part, Harris had a solid effort and was the only player outside of DeVito’s legs to make anything happen down the field for the Orange. That’s not going to work long term. We saw some interesting looks to get other receivers and backs the ball, and plenty had missed opportunities to have a larger impact. (Looking at you Nykeim Johnson.) Here’s looking at one of the other wide outs to become a consistent No. 2 target if the tight ends won’t get involved in the offense, like say a Courtney Jackson who will be playing in his hometown, or Johnson to make up for the dropped touchdown.