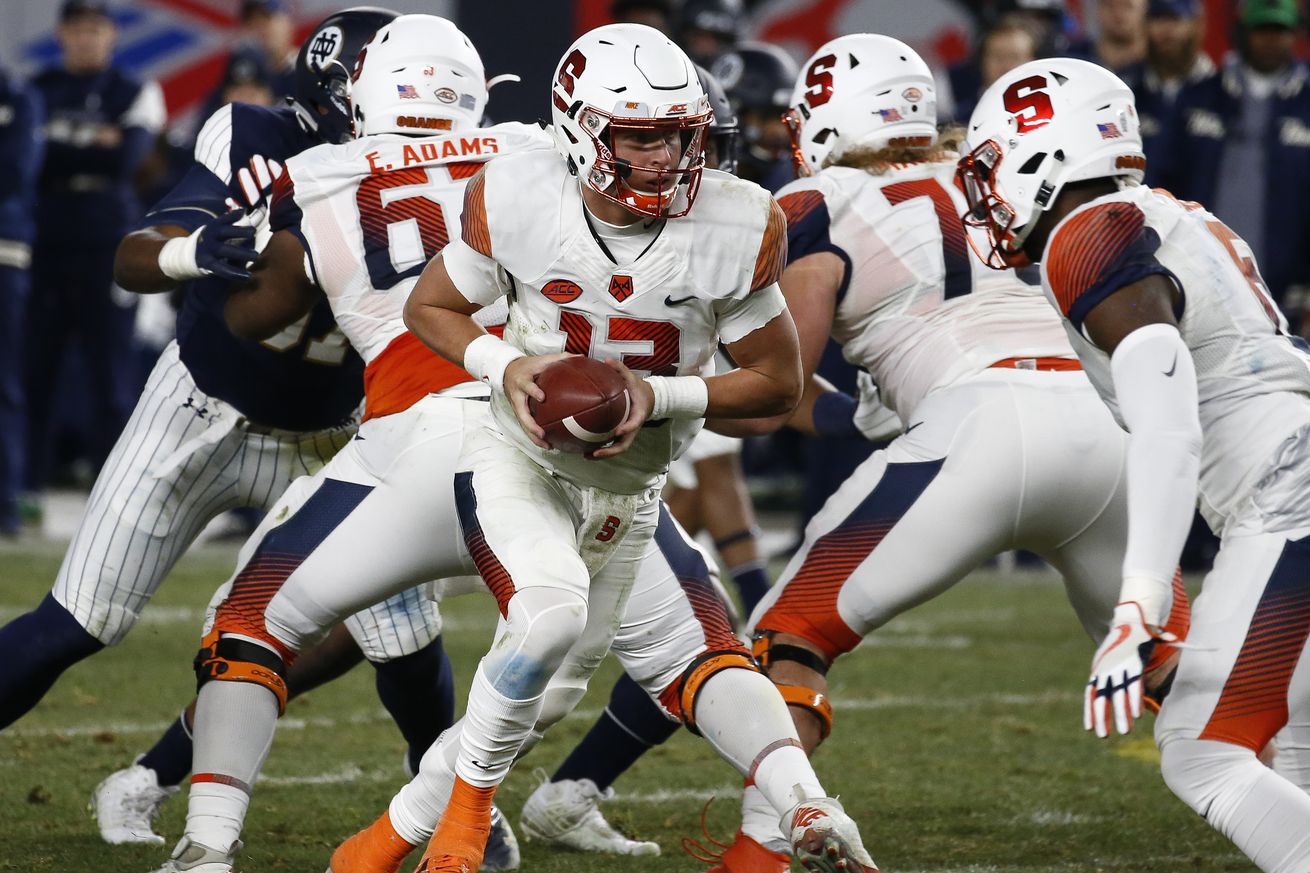 IT’S NOT A NOONER

We’ve finally reached the promised land, ladies and gentlemen. Your Syracuse Orange have escaped from the noon (or noon-ish) kickoff on Saturdays! All it took was Syracuse to play against the current No. 5 team in the nation in Notre Dame. The Orange are set to take on the Fighting Irish in the last game of the regular season on December 5, and that kickoff has been set for 2:30 p.m.

Mark your calendars, Syracuse and Notre Dame kick off at 2:30 on @NBC on Dec. 5 pic.twitter.com/20ayVcxRLO

As usual, the game will be shown on NBC due to Notre Dame’s contract with the television network. Keep in mind that the contest will also count as a conference game as the Fighting Irish are temporary members of the ACC in football for the 2020 season.

Notre Dame hasn’t played a game since September 19 due to the coronavirus. The program announced that their game against Wake Forest scheduled for September 26 would be postponed because seven student-athletes tested positive for Covid-19. After a scheduled bye week, the Fighting Irish are set to resume play against Florida Sate this coming weekend.

Rejoice fans, Syracuse football at least has one Saturday game that doesn’t start at noon. Too bad that it comes at the very last game of the season.