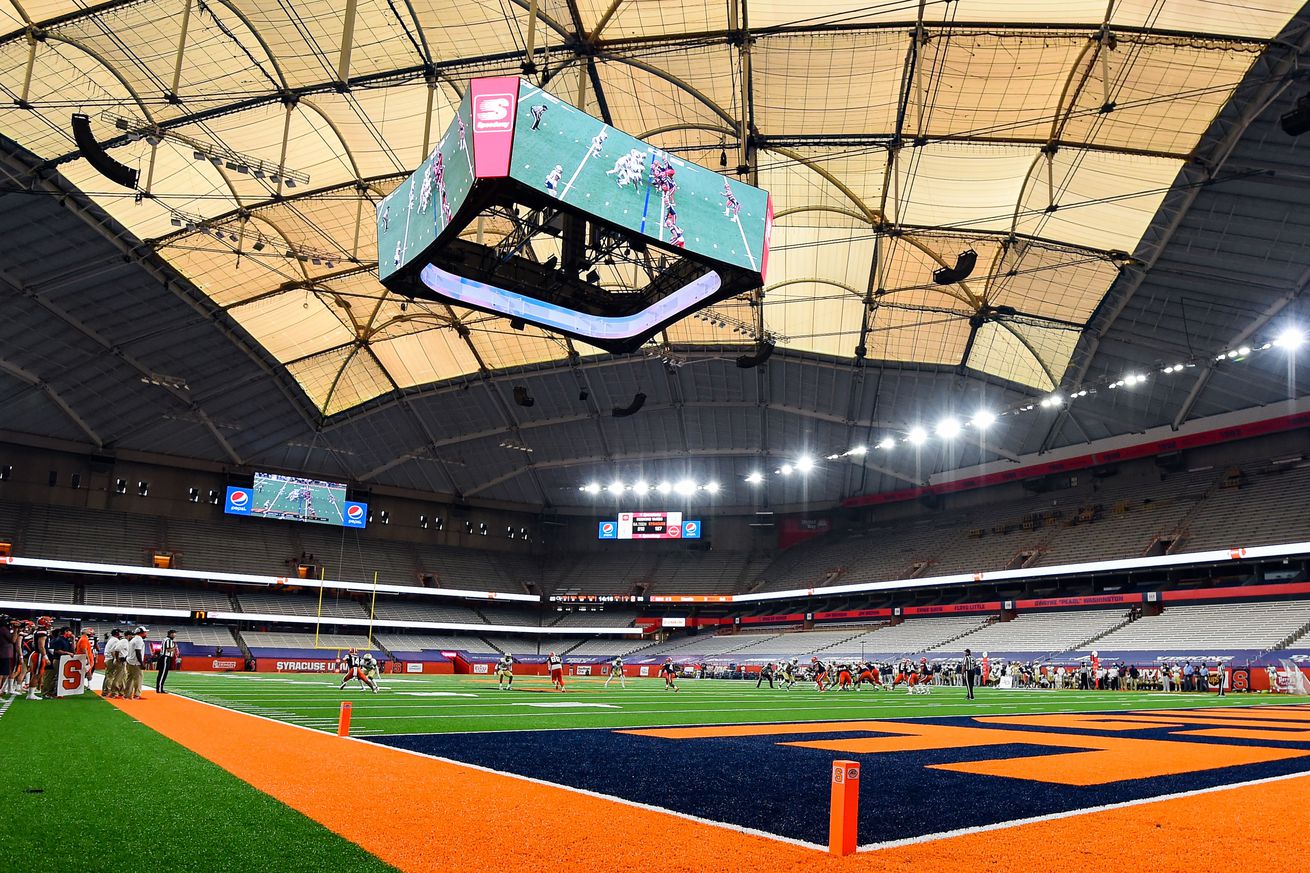 Just when you thought they were done, the nooner come back again

After a small reprieve from noon kickoffs, the Syracuse Orange hop right back into saddle for their game against Liberty next week on October 17. The ACC announced that the Syracuse-Liberty game is scheduled for noon ET and will be aired on regional sports networks.

‘Cuse and Liberty will kick off at Noon on ACC RSN on Oct. 17. pic.twitter.com/bYHmHQej8W

Once again, that means that local Syracuse fans can watch the game on the YES Network. This will be SU’s third straight game shown on regional sports networks. Syracuse’s first five games have all been noon (or noon-ish) kickoffs as well. The Liberty game will also be the final Orange game in the dome for this homestand before Syracuse goes back on the road to play Clemson in two weeks time.

If there’s one thing that Syracuse football can’t escape from, it’s the noon kickoff. At least the west coast fans will be used to waking up early for Orange football, right? Hopefully a high-profile opponent like Clemson breaks the trend of nooners for Cuse next week.