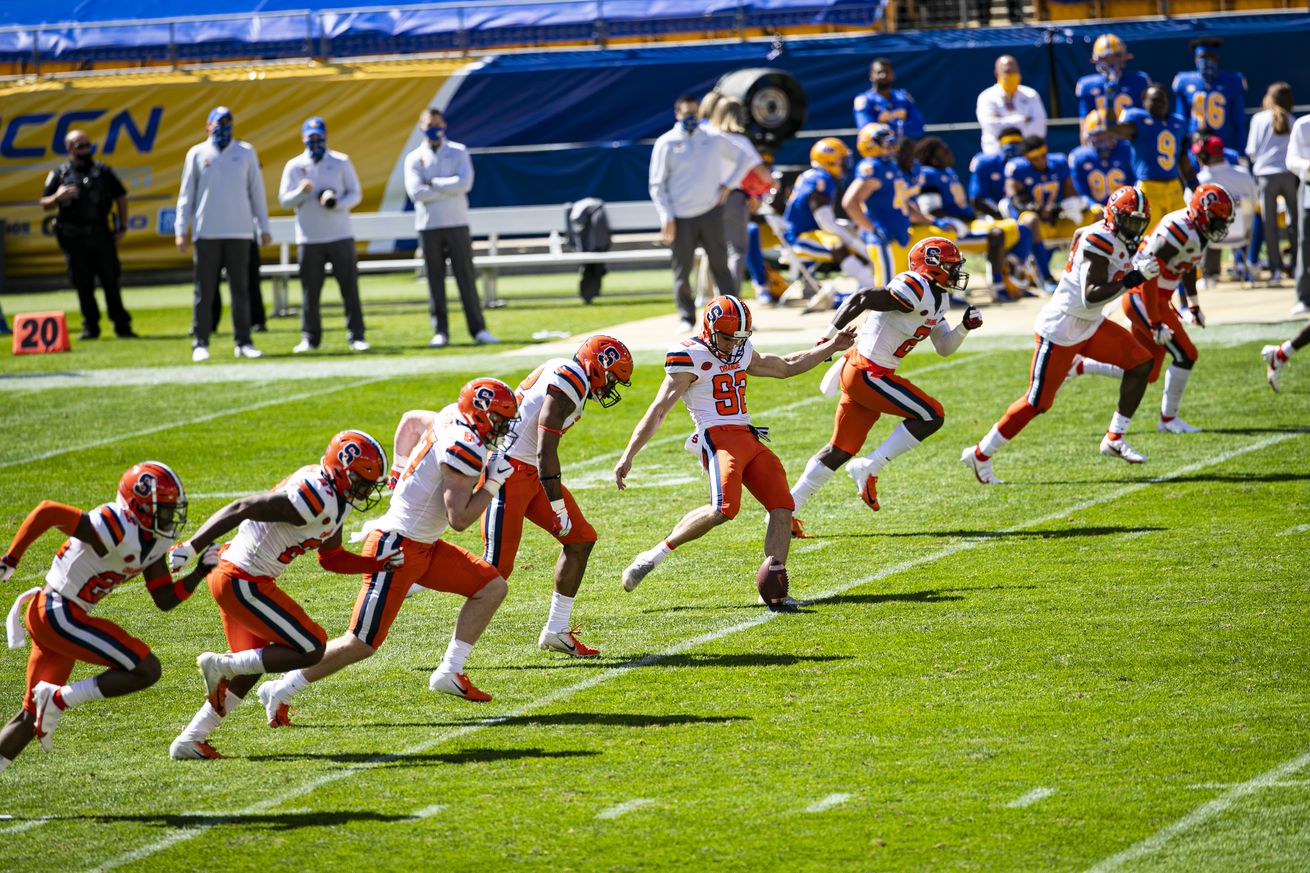 Line: Syracuse is currently floating between -8 and -10 underdogs

First Meeting: The first meeting between these two teams didn’t come until 2001 when the programs faced off in the Kickoff Classic at Giants Stadium in East Rutherford, New Jersey. It wasn’t a classic, with the then No. 10 Yellow Jackets winning a defensive battle 13-7. The lone touchdown for Syracuse came via a quarterback rush by some guy named Troy Nunes.

Last Meeting: Well it doesn’t get much worse than a 56-0 loss at Bobby Dodd Stadium. Terrel Hunt only threw for 68 yards and an interception as Syracuse recorded 274 less total yards of offense against the Yellow Jackets in 2013.

Coach Bio: Collins played college football at Western Carolina University but made his name as a defensive coordinator for Florida International, Mississippi, and Florida from 2010 to 2016. He moved to Temple in 2017 to become their head coach and subsequently went to bowl games in both years in charge of the Owls. Collins returned to his native Georgia in 2019 to lead the Yellow Jackets program he previously worked at as a graduate assistant. Despite only being at the helm of the Georgia Tech program for one full season, Collins still managed to pull in the No. 24 ranked recruiting class in the country by Rivals for the 2020 season.

Last Year: With Collins at the helm, Georgia Tech made a drastic shift from its offense. Gone was the option and in was a pro-style system. The growing pains led to a 3-9 season for the Yellow Jackets, which was dead last in the ACC Coastal Division. Only one Georgia Tech player made an All-ACC team as running back Jordan Mason made the third team.

Last Game: After beating Florida State 16-13, the Yellow Jackets fell back down to earth as UCF turned on the afterburners en route to a 49-21 stomping of Georgia Tech. The Georgia Tech defense allowed 660 yards of offense to the Knights as UCF quarterback Dillon Gabriel went off for 417 yards and four touchdowns.

“Fear Me, I’ve Killed Hundreds of Timelords”: Jahmyr Gibbs earned ACC rookie of the week honors after picking up 126 total offensive yards and two total touchdowns. His stats were split evenly among rushing and receiving. Tack on 93 kickoff return yards and the Syracuse defense should aim to tackle him quickly.

If Syracuse Wins: We can stop the #FireBabers movement and continue with the #FireDesko movement as we admire a scoreboard in the middle of the Carrier Dome.

If Syracuse Loses: Hopefully another learning experience? Maybe? At least there’s a bye next week to take out your frustrations while you go apple picking.

Fun Fact: Saturday will be the first time that Georgia Tech plays a college football game located at a college campus in New York. In fact, the Yellow Jackets have only played in New York twice – back in the 1920’s. Georgia Tech played Penn State both times and lost the first matchup between the two programs at the Polo Grounds in 1921 before winning a rematch at Yankee Stadium in 1925.