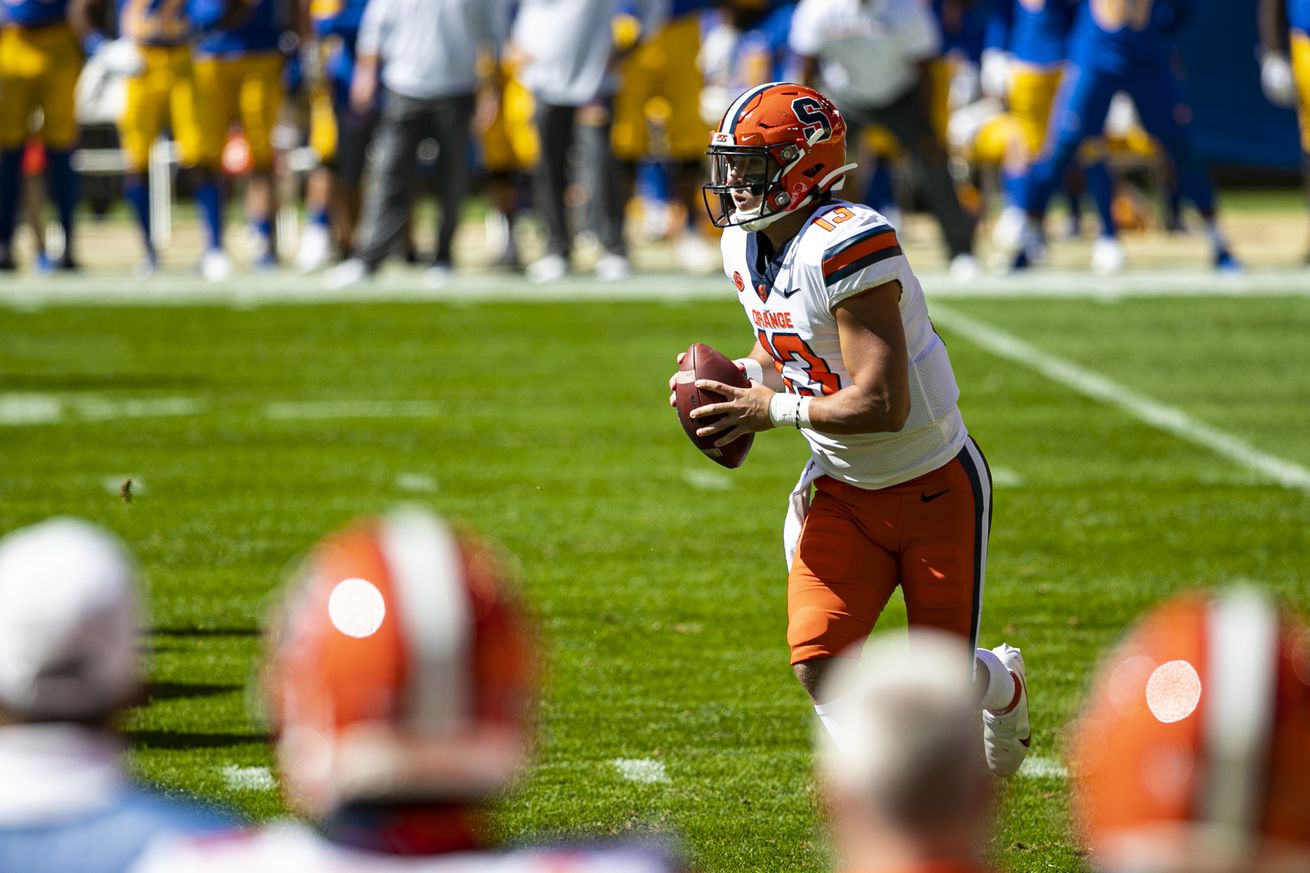 Okay, is THIS the weekend we get a win?

Your Syracuse Orange football team is 0-2 on the season and 0-2 in the ACC. We’d very much like to avoid being 0-3, so a win on Saturday vs. the Georgia Tech Yellow Jackets (1-1, 1-0) would be ideal. Luckily, Syracuse at least returns home to the Carrier Dome, for its first home game of the year.

Tech won its opener vs. Florida State, but proceeded to get stomped by UCF last time out, so they remain a bit of an enigma. That doesn’t help us get a handle on what to expect in this one, though Vegas seems to think the Yellow Jackets win by at least a touchdown.

Do we agree? Before the game kicks off at noon ET on ACC Network Extra and Fox Sports Go, the TNIAAM weighs in on what may happen.

I’m usually not one for optimism, especially this season. However, when I see a Georgia Tech team that’s turned the ball over seven times (tied for most in the country) line up against a Syracuse team that has the second-most takeaways in the country so far, it certainly seems like our kind of matchup. So that sounds like a win, but getting in the way is — of course — the Orange’s inept offense. If SU can make even a few improvements and find a way to move the ball downfield, I think they’re in good shape here. Not a blowout, mind you. But they should be able to pull off a victory given the defense’s strengths.

Unlike John, I usually want to lean towards the side of optimism. But as we saw in his five things preview yesterday, turnovers don’t amount to much if the offense doesn’t return the favor. This should be another great performance from the defense. If they can contain the run game, Georgia Tech won’t get much going on offense. However, what Dino said in his press conference on Monday is worrying. He said that the offensive line, the wide receivers, and the quarterback are all equally responsible for the high sack numbers through the first two games. I’m not sure how much a week of practice can fix those mistakes. Georgia Tech’s defense isn’t at the level of UNC and Pitt, but until the offense shows us different ways to move the chains, it’s hard to see the Orange offense getting points on the board, even against weaker opposition.

Jeff Sims and Jahmyr Gibbs are going to break some big runs but I’m looking for the Syracuse defense to also create turnovers and turn them into points. The Orange offense will still sputter often, but they’ll do enough to get an offensive touchdown and four Andre Szmyt field goals, the last of which comes with seconds to play as Syracuse grabs their first win of 2020.

I’ve got faith that the defense can adapt to the challenge that Jeff Sims will cause them. It seems that Tony White is adaptable enough in his system to be able to cause some trouble for a Georgia Tech offense that has some weapons, but should be able to be contained by scheme.

The trenches for both sides of the ball aren’t Georgia Tech’s specialty, which gives Tommy DeVito some time to get the ball in his playmakers hands and the Orange offense starts rolling. I see something that may not be pretty, but it won’t be as ugly as we’ve seen in weeks gone by. Orange open the Stadium with a “W.”

I do think that this game is far closer than anyone will feel comfortable with, by virtue of the struggling ‘Cuse offensive line and an inability to run consistently. However, I think both of these issues go from “worst in Power 5” perception to “bottom tier of ACC” now that the Orange face a non-top 25 opponent. The defense is once again the star, and while it’s a win, it’s not one anyone feels great about.