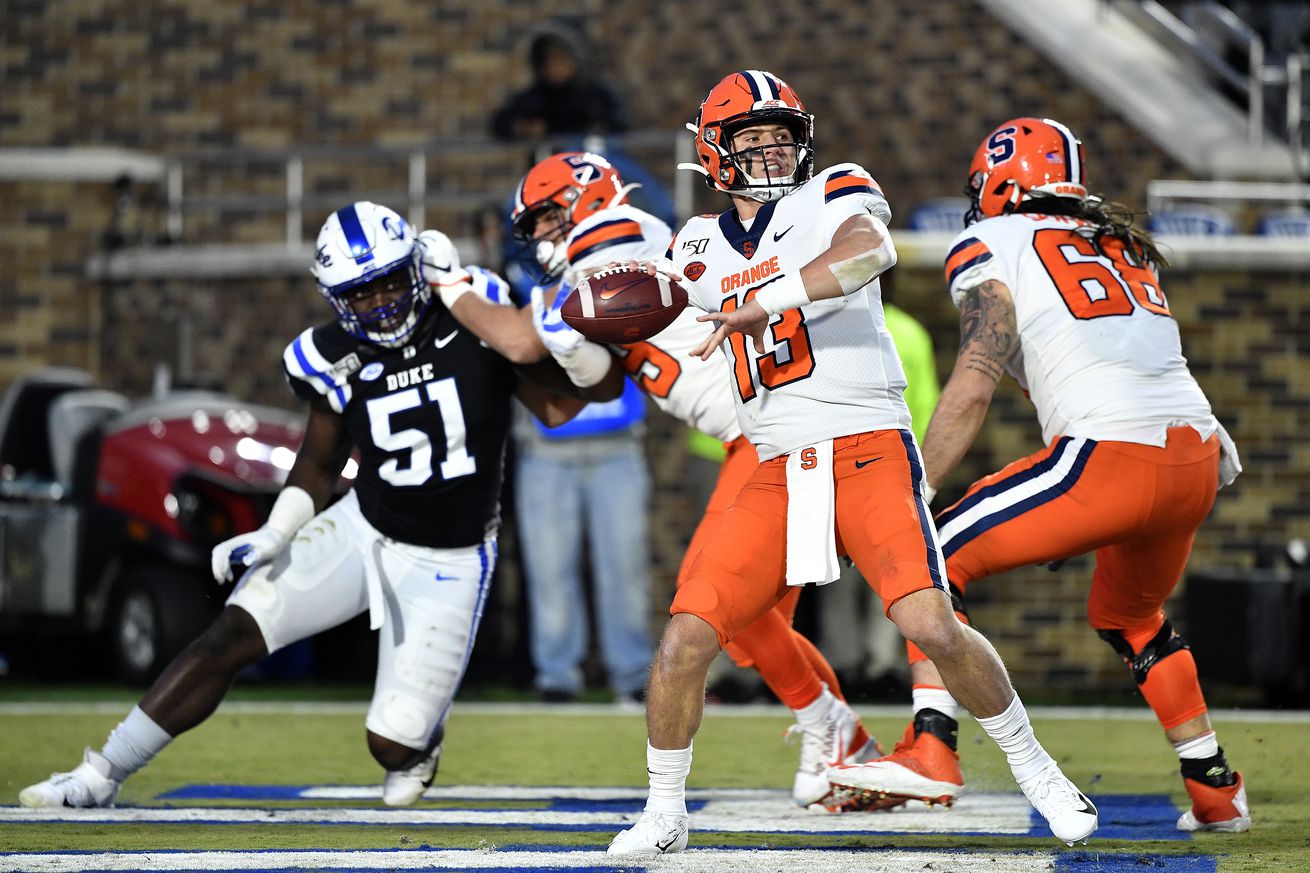 On the bright side, no Yankees to ruin the fun

I mean… is is still a nooner if it starts 30 minutes later?

The ACC announced their game times for next week’s college football games and the Syracuse Orange finally got a different kickoff time. Sure it’s only 30 minutes later, but we can call that progress, right?

Kick time set for 12:30 p.m. next week when ‘Cuse looks for its second-straight win. pic.twitter.com/qBNl7BKvLT

After this weekend’s regional sports network debacle, local Syracuse fans should finally be able to watch the Orange play in the new Carrier Dome Stadium on normal linear TV. We’ll make the safe assumption that the game will be shown on the YES Network to those who get the channel. As baseball is now into the postseason, the Yankees won’t interfere with Syracuse football like on Saturday.

This’ll be Syracuse’s first scheduled 12:30 p.m. game this season, but you could technically say that the Orange are 1-0 in games that kickoff around that time this season. Are you ready for another noon-ish kickoff? Would you rather be apple picking? Perhaps Steve can help you with that later this week…

But anyways, here’s to another early afternoon of Syracuse football.