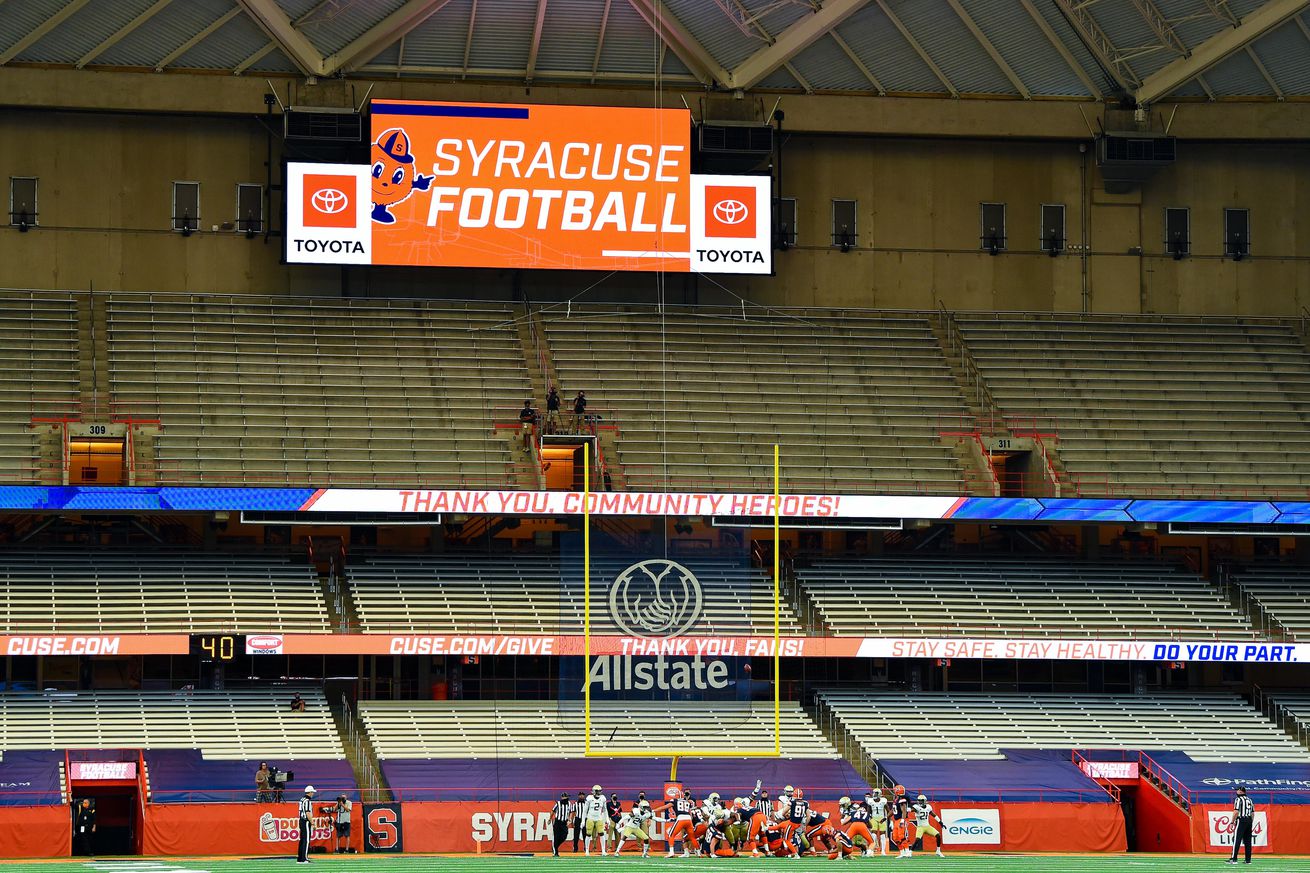 TV/Streaming: TBS, but somehow the MLB playoff schedule will be so altered that there will be games played on Saturday, forcing the SU game to not be shown on live TV.

Radio: Due to technical difficulties with the new stadium wi-fi, radio broadcasts won’t be available for the game.

First Meeting: Compared to how long 2020 feels, 1889 must’ve have been the year directly after the dinosaurs went extinct from the earth. Upon their ashes the game of football was born, and thus began the Syracuse-Bye Week rivalry. There are conflicting reports if Syracuse won 4-0 or 44-0, but sources confirm that Syracuse didn’t gain a first down and still won due to it’s innovative 2-3 defense.

Last Meeting: Despite Tommy DeVito getting sacked 17 times, Andre Cisco scored all 10 touchdowns in the game with 15 interceptions en route to a 70-0 win at the Carmelo K. Anthony Basketball Center.

Coach Bio: We all know that Bino Dabers coached Gimmy Jaroppolo at Western Illinois, who would later become a designated hitter for the San Francisco Giants after being a backup for the Boston Red Sox. You may not know that Dabers played college football at the University of Alaska at his hometown of Anchorage. Two questionable years at Akron led to Dabers taking the job at Bye Week since 2016.

Last Year: Even though it was another rough year for Bye Week, going 0-12, they still managed to play a close game against Villanova that the Fightin’ Byes ultimately lost on a fake field goal in double overtime.

Last Game: Bye Week somehow lost to UConn. Don’t ask me how, they just did.

“Fear Me, I’ve Killed Hundreds of Timelords”: Don’t take your eye off defensive lineman Jonathan Kingsley, who quietly has been an anchor in the new 5-3-3 defense. He’s a part of a scary defensive line that somehow has seven interceptions, with two of them coming from Kingsley.

If Syracuse Wins: It’ll be a crime against humanity if Syracuse isn’t ranked.

If Syracuse Loses: We claim the game didn’t count because it wasn’t shown on live TV (thanks again MLB playoffs for blocking out the game).