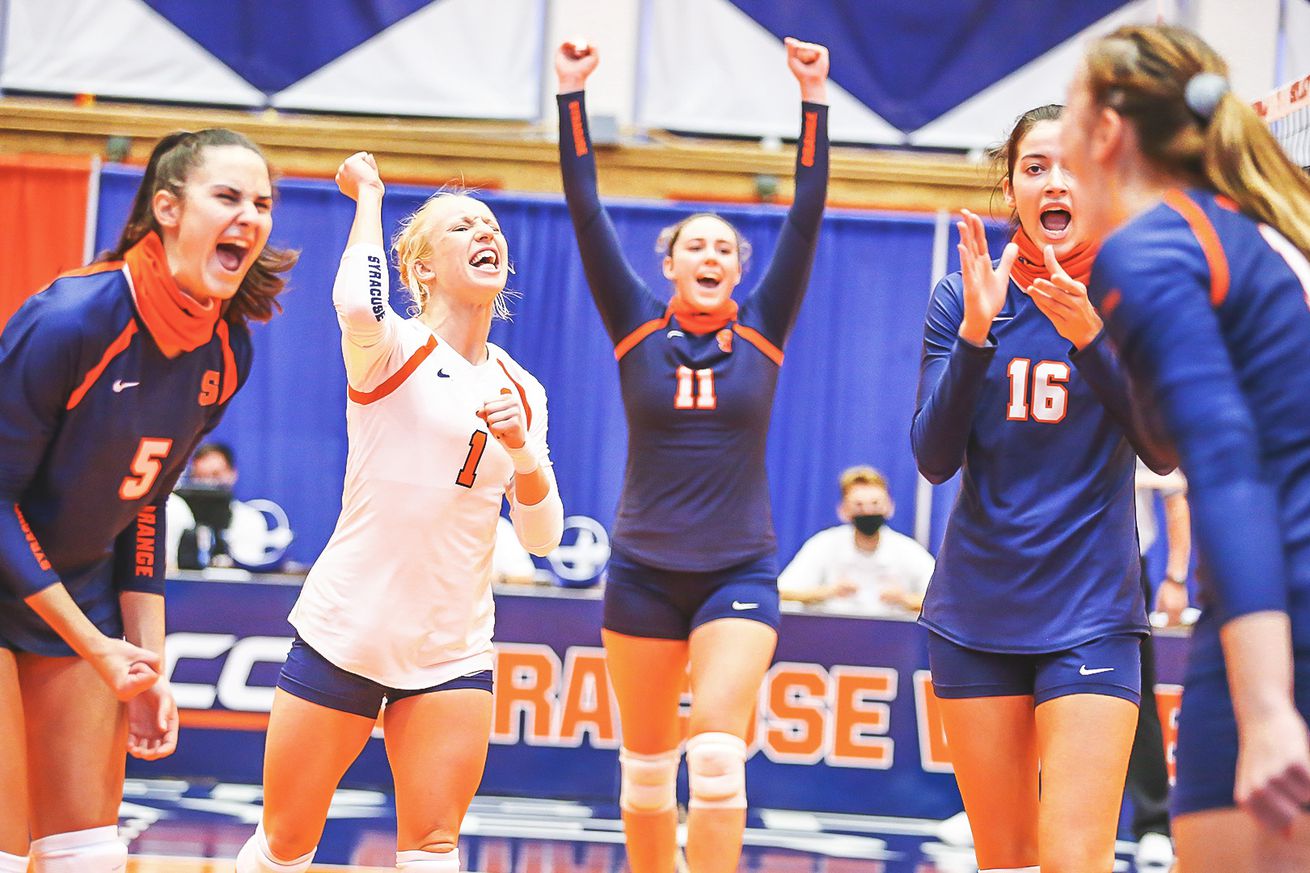 The program is ranked for the first time in history

There was cause for celebration over the weekend for the Syracuse Orange volleyball team, and that continued on Wednesday. The Orange were ranked fifth nationally by the American Volleyball Coaches Association national poll, which marks the first time Syracuse has been ranked nationally in the sport.

Ranked 5th in the nation

The ranking does come with the small caveat that approximately 50 Division I programs are playing volleyball currently, but that doesn’t take away from the achievement. Syracuse turned heads in its first games of the season, with two victories over three-time defending ACC champions Pittsburgh. The Orange won the first game 3-2 and swept the Panthers in the second game 3-0.

Outside hitter Polina Shemanova was also named ACC co-player of the week after recording 28 kills, 28 digs, and eight blocks in both of SU’s wins over Pitt. She joined the ACC Network morning show Packer and Durham on Wednesday morning to discuss the monumental victories for the programs.

“I honestly cried for like 10 minutes after the game … I did not believe we just did that.”@PShemanova expresses how it felt to sweep Pitt to open the @CuseVB season #PackerAndDurham pic.twitter.com/TyL8SYaWXZ

Syracuse has six more scheduled games against three opponents, and two of them are ranked road matchups. The Orange travel to South Bend to play No. 6 Notre Dame on October 2 and October 3. Syracuse then plays No. 11 Louisville in Kentucky on October 9 and October 10.

It’s a very exciting time for the Orange Volleyball program and there are exciting matchups coming along as well. For now, congratulations are in order for Leonid Yelin’s effort and his team’s performance.