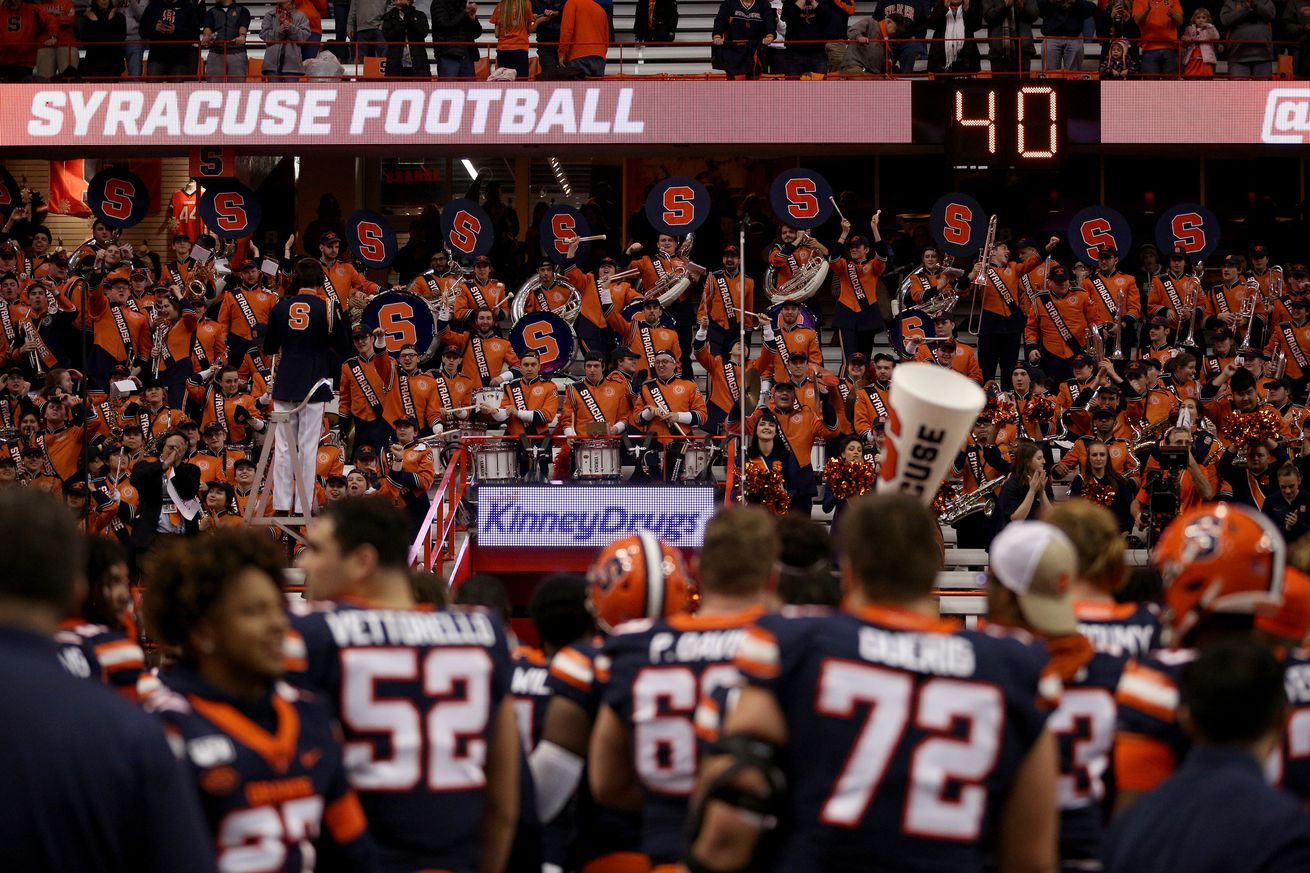 How great are birthdays? How often do the Orange actually give you a good gift?

Birthdays are almost always a mixed bag. There are the birthdays where you got the perfect gift, the one you had always wanted or never knew you needed, and there are the ones that are just a mess due to circumstances of life, and you’d much rather move on to not your birthday.

For many of us with a birthday during the sports calendar, birthday activities almost always involve our favorite teams. As a September birthday, my celebrations almost always involved the Pittsburgh Steelers or the Syracuse Orange, especially when I got to college. Since graduating, my birthday in a non-pandemic was picking the closest Orange game to my birthday and telling people to meet me at my favorite bar (RIP Two Door Tavern, thankful to discover East End in it’s place) to watch the game.

However, because this is Syracuse we’re talking about, the results are… mixed at best. I’m sure for those winter birthdays, the Basketball team is somehow just as variable, even with their more sustained success. This weekend’s Homefield Syracuse Launch spurred the conversation: how often did Syracuse “gift” you a birthday win? And how often did you supplement their loss with something else Syracuse related? Here’s where our team stands on ‘Cuse birthday gifts:

If you’re interested in looking up some of the actual games, Dan’s 2009 birthday loss was a shellacking to Penn State, and Steve has plenty of LSU games to his weekend. Steve clearly has found the sweet weekend in September where ‘Cuse is scheduling smarter, while Dan has endured a lot of dumb openers. Meanwhile, my lone fandom birthday game was the Central Michigan heart attack game of 2015. Lovely.

Unlike the rest, John’s birthday is during basketball season. Seems fitting for the person that’s most attached to football.

Syracuse fails to punish John all that much around his birthday. Since 2009, SU’s 2-1 on the actual day (wins over USF in 2010 and Rutgers in ‘09), and 9-3 within two days, which is actually pretty good. Most recently, the Orange knocked off Virginia around the big day, and even the Heels have obliged with a loss to SU for John (back in 2014). At least the Orange aren’t #disloyalidiots.

What about everyone else? Have you gotten an Orange gift yet? If not, try a Homefield Apparel Syracuse shirt or sweatshirt, coming this Saturday at noon ET! Use the promo code BIGNUNES for 20% your entire order Saturday!