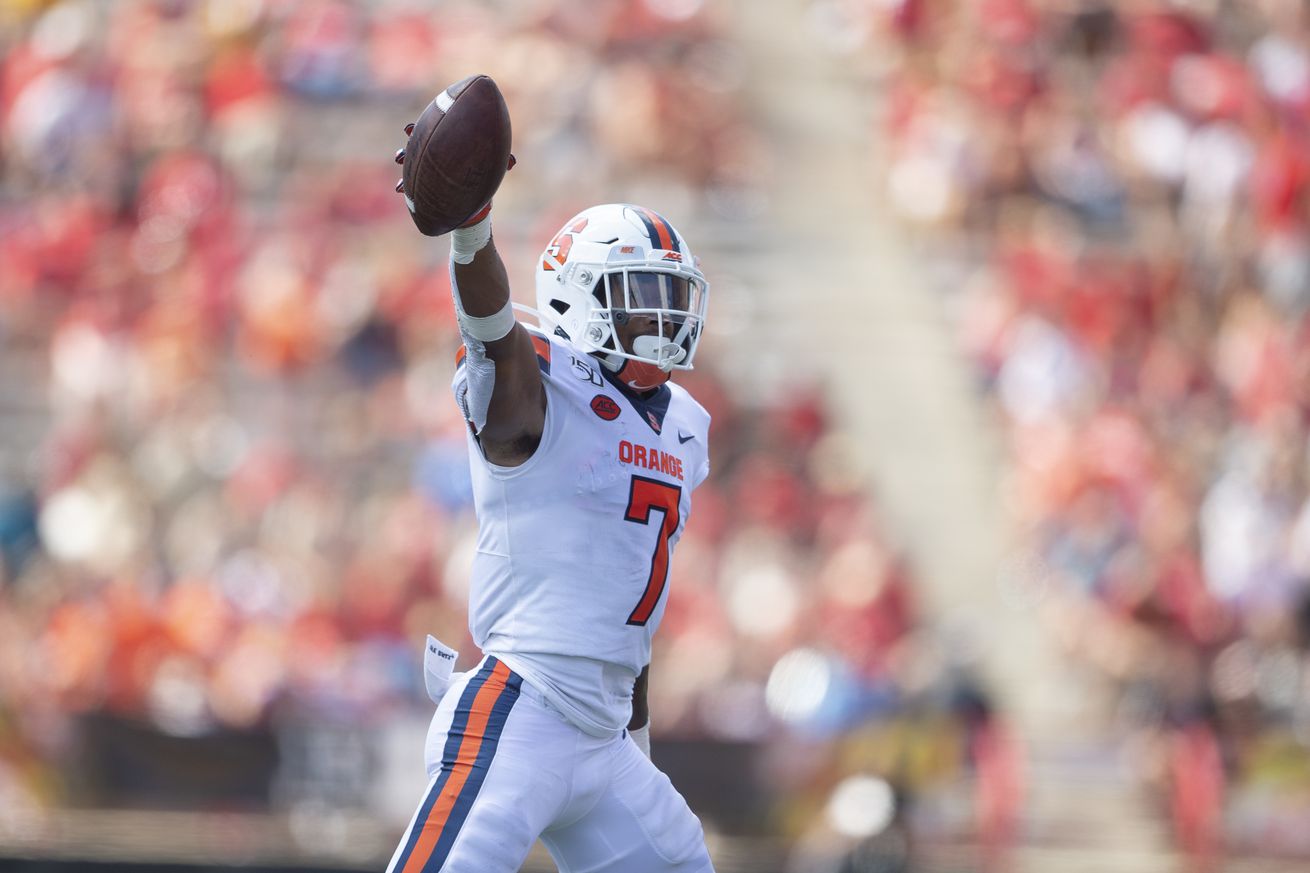 More honors for the SU’s standout in the secondary

The TNIAAM staff may be #disloyalidiots, but AP writers certainly aren’t. Syracuse Orange safety Andre Cisco was named a first-team All-American by the AP, as was announced on Tuesday.

Along with the first-team AP honors, Cisco was also picked as a preseason All-American by Lindy’s, Phil Steele, Sporting News and Street & Smith’s this summer. The junior is the country’s active interceptions leader with 12, and is second in the country with 1.27 passes defended per game. We don’t yet know if this will be his final season with the Orange or not, but he’s also just seven interceptions from tying Markus Paul’s career record of 19, which he set from 1985-88.

Obviously these aren’t the first awards Cisco’s taken home since arriving on campus. Last year, he was All-ACC second-team and All-ECAC despite missing three games due to injury. As a freshman in 2018, he received various All-America honors from AP, Walter Camp, Sporting News, Athlon and Phil Steele.

If Syracuse’s secondary play is going to improve this year in the new 3-3-5 scheme, it almost certainly starts with Cisco. Along with his play-making ability, he’s constantly shown an ability to improve his game from week-to-week at SU, and coupled with even more added muscle this offseason, it could be a banner season for him this fall.

Congrats to Andre. And if you want to add some enjoyment to your afternoon, watch some highlights below.