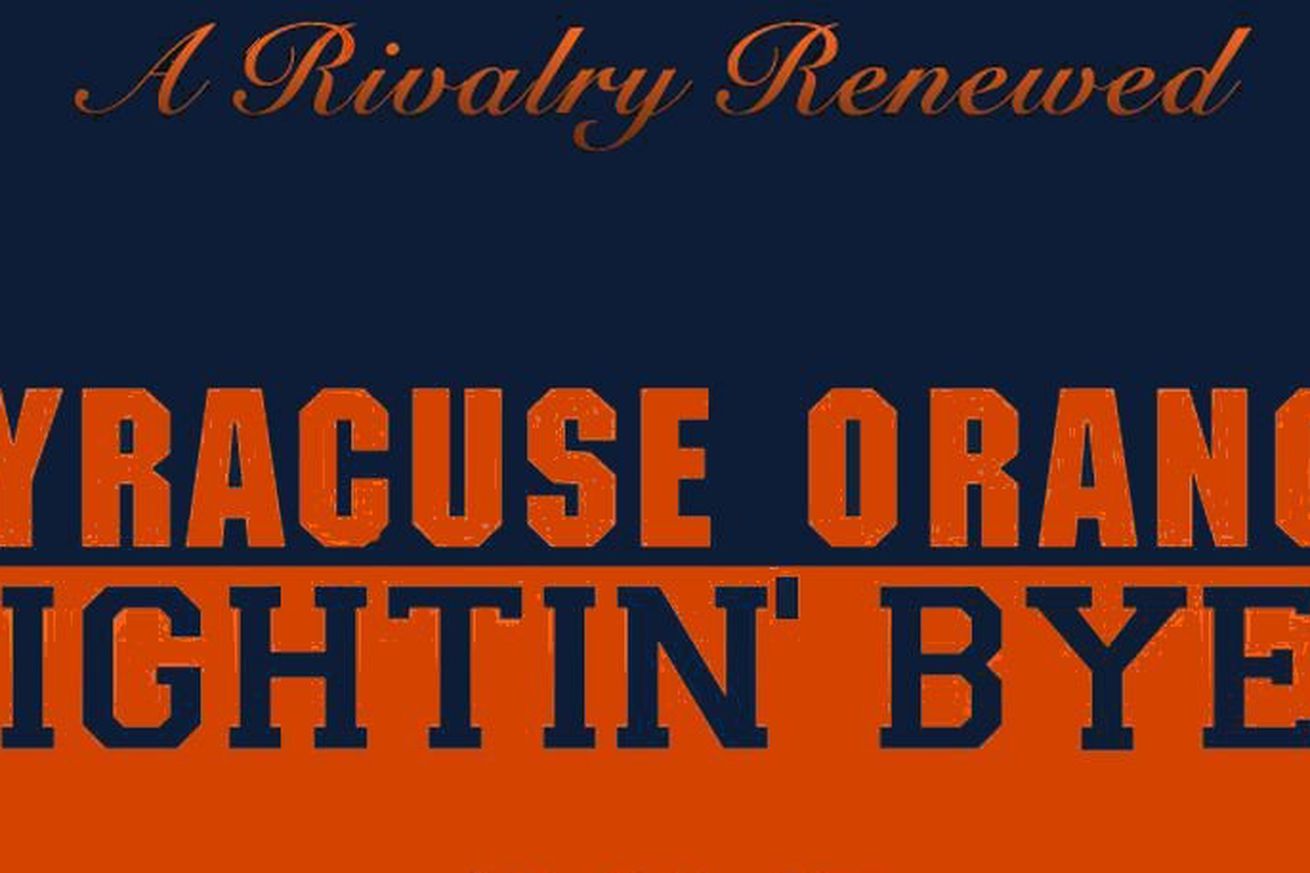 Let’s get to know our rivals a bit more, shall we?

In what’s become an annual tradition, the Syracuse Orange suit up against the Bye Week Fightin’ Byes at least once a year to hash out grievances and give this blog something to do when the Orange take a break from ACC Play. Usually, we don’t hear a ton from our friends over at BWFB, but this season, SBN has brought in the Bye Fighters to our collegiate network. We were able to catch up with to preview this week’s historic 149th matchup.

TNIAAM: So how’s it hanging? Been a weird 2020 and how has that impacted the Fightin’ Byes?

As with every program, we saw Bino Dabers have to adapt his preseason schedule. Normally, there’s some slight frolicking and slow practicing early into the spring that ramps up into the summer, but all of that was set back and pushed into late summer. In reality, they haven’t done a whole lot before September, which probably explains the 0-3 start. We did have Bosh Jack go viral on Tweeter for getting reposted by Jwayne “The Pebble” Dohnson.

TNIAAM: Tommy DeVito has inspired a lot of emotion from Orange fans, how has Dommy TeVito been received on your campus?

TeVito is a really low key personality, so he’s mostly been ignored. Most people see #31 take snaps and forget he’s even on the roster, to be honest. Coming from a state like Deleware and only being ranked a half a star, he flew under most people’s radars from the get go, and prefers to stay off all forms of media. Apparently, this has made virtual classes a challenge, but he’s still eligible and ready to softly toss the ball 2 yards at a time.

TNIAAM: The new 3-3-5 defense has rejuvenated the Orange. I hear your team has gone through some changes on that side of the ball as well.

Dabers brought in Wony Tight to implement a new 5-3-3 system that has really made strides. Throwing 5 insanely large, slow, and mildly imposing bodies at the o-line has clogged things up a bit, allowing the linebackers and secondary to be in some positions to make some plays. Really, people were focusing in on Cindre Aisco to be the best player, but we’ve seen Wrill Tilliams make some mild plays that stand out.

TNIAAM: What’s going to be the X-Factor in this one for the BWFB?

I already mentioned Aisco and TeVito, but the emergence of Tean Sucker has been huge in improving the offense. There were a lot of questions on who would start at running back, but Sucker stepped up last week and earned the starting position. We saw that the Orange struggled against the run, so with TeVito’s limited downfield range, I’d expect at least 44 caries for Sucker.

TNIAAM: Ok prediction time: Who wins and why?

This game is either an absolute blowout or close contest, and I’m optimistic that it’s early enough in the season for the later. I’ll take the Fightin’ Byes 3-2, since it’s baseball postseason time and we could all use 4 more hours of that in our lives.