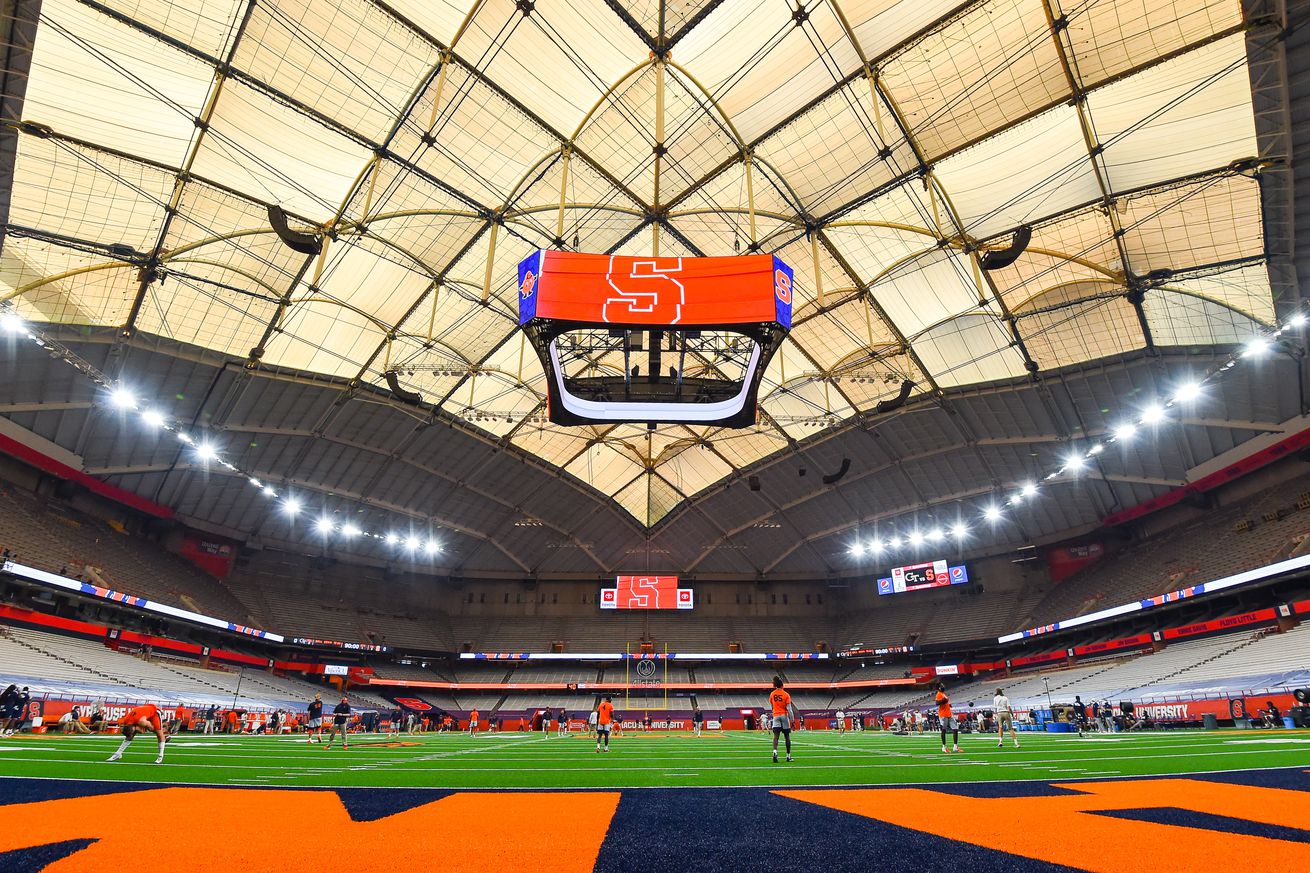 The first New Stadium Game is off to a memorable start.

Editor’s Note: This article was updated to include the official Syracuse University Athletics statement on the delay.

After all the talk of streaming issues, what to call the new stadium, and you know, preparing for an ACC Football game, the Syracuse Orange were ready to re-open the new and improved Stadium formerly known as the Carrier Dome.

However, because this is 2020 and the country is attempting to play a contact sport during a pandemic, every schedule remains in a state of constant impermanence, as safety protocols to protect student-athletes can lead to last minute changes or even cancellations.

The Orange’s game against the Georgia Tech Yellowjackets was delayed for at least 20 minutes. While no reason was initially given, Syracuse quickly confirmed over social media what the delay was about.

Out of an abundance of caution Syracuse University is temporarily delaying kick off to confirm negative COVID-19 test results.

More confirmation was given by Syracuse.com.

The tests they are working to confirm are from the Syracuse side.

According to the television broadcast, the Orange had 3 players test negative, but something with the tests led to confirmation being needed with county officials who handle testing.

As of 12:29, the game is about to kick off, and this was just an extra precaution to ensure the game will be played as safely as possible.