With 20 seconds left on the clock, Charles Pride hit a 2-point jumper that gave Liverpool High School a two-possession lead over Half Hollows Hills East in the 2018 New York State Class AA State Championship game. The Warriors won the game and finished the season at 26-0, picking up their first-ever state championship.

Pride was named tournament MVP after tallying 18 points, seven rebounds and six assists in the championship game. But the road to a perfect season included a mid-season ankle injury that sidelined him for eight games.

He experienced the injury in his second year at Liverpool after transferring from Christian Brothers Academy, but he recovered to lead the team through the playoffs. Even while sidelined due to injury, Pride “was the leader of our team,” said head coach Ryan Blackwell, a former SU basketball player.

Now a sophomore captain at Bryant, Pride won NEC Rookie of the Week four times last season. He finished his freshman campaign averaging 8.2 points and five rebounds per game. At Liverpool, he was “a great kid to have on your team,” Blackwell said. There, he won two sectional championships during his junior and senior years, and at Christian Brothers Academy, he won another two.

“His basketball IQ was very high, and his unselfishness was rare for a guy like him, who was one of the better players,” Blackwell said. 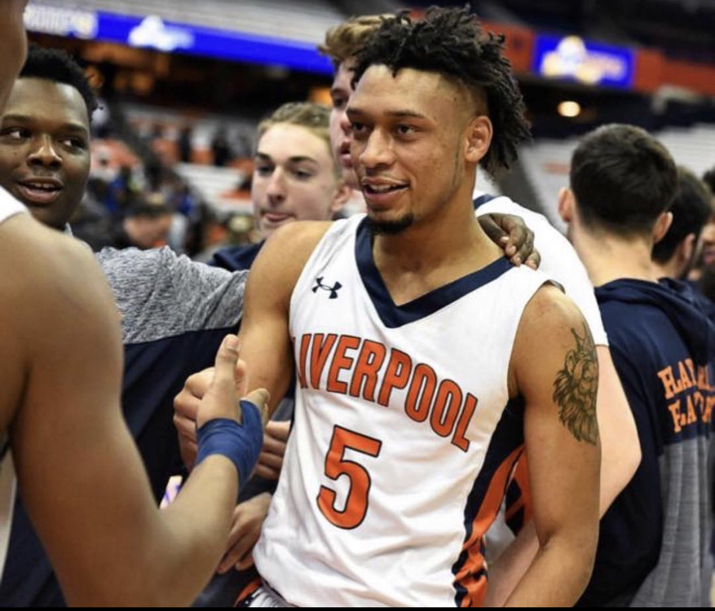 Pride was named Mr. Basketball Central New York, an award given to the top high school basketball player in the area, and was the top recruit for his class in the region. He elected to take a post-graduate year at Putnam Science Academy in Connecticut, reclassifying to the Class of 2019 so he could “get stronger, better in the gym and mature a bit,” Blackwell said.

He did just that, and after a successful season at Putnam, he committed to play at Division I basketball at Bryant. There, he practiced footwork and passing and worked out at the gym more frequently.

In his second-ever game as a Bulldog against Rutgers, he scored 22 points, the most a Bryant freshman ever scored against a major conference opponent. Pride consistently put up strong numbers throughout the season.

“I could tell he’d gotten stronger, more mature, and he seemed more confident in his shot,” Blackwell said of Pride’s ability at Bryant.

As a team captain, Pride wants to “be a big brother to everyone and help enforce the culture.” He’ll help fill the hole in Bryant’s young and inexperienced offense following the graduation of Adam Grant, the Bulldog’s leading scorer last season.

Pride plays at guard with former AAU New York Jayhawks teammate Luke Sutherland at forward. They both return home to Syracuse to face off against the Orange for both teams’ season-opener on Friday.

“It’s definitely exciting to go back to the hometown to play,” Pride said. “Although unfortunately my family and friends won’t be in attendance, I’m sure they’ll be watching.”