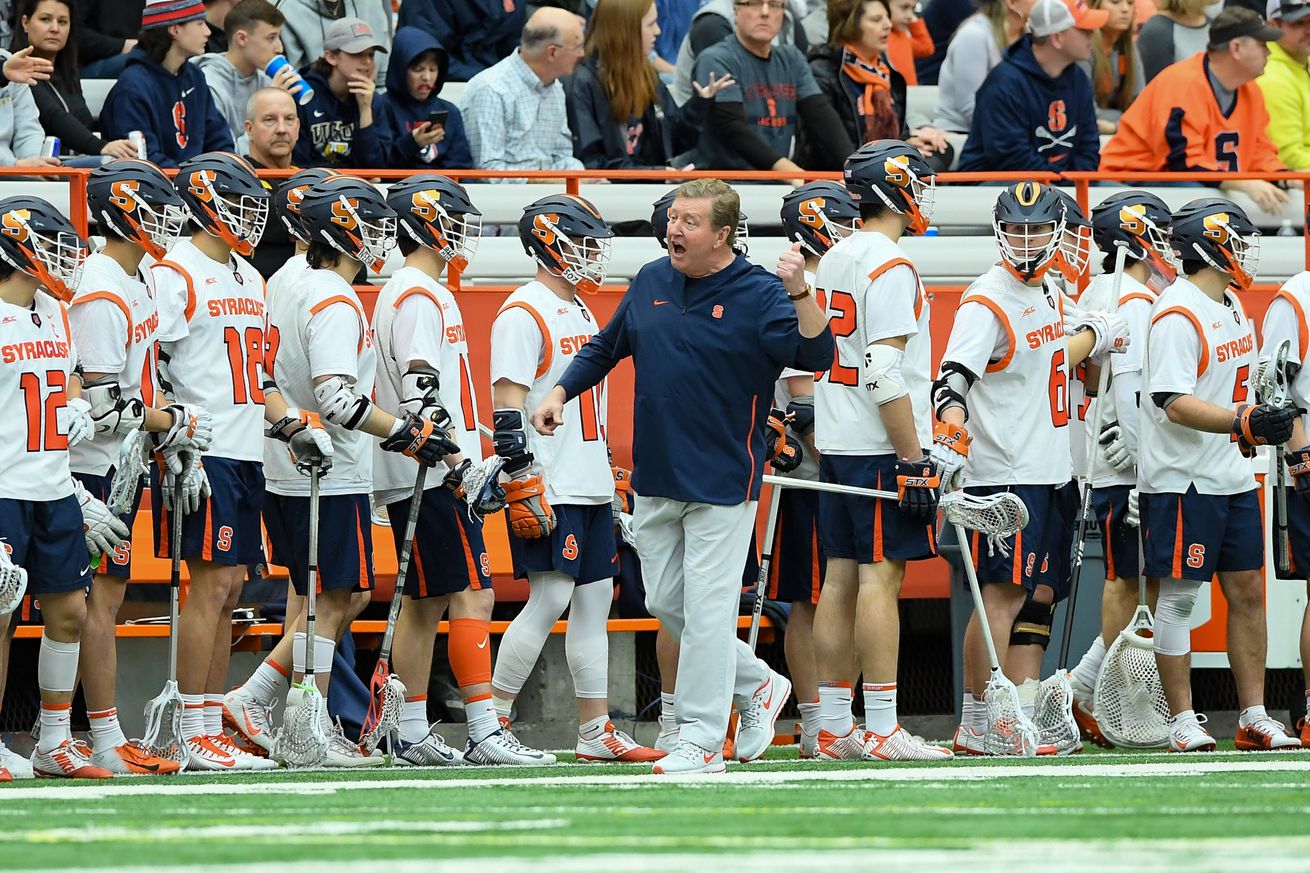 The fall recruiting season has gotten off to a good start for the Orange, who are building their class from the middle of the field out.

A week and a half after coaches were officially allowed to contact recruits in the Class of 2022, the Syracuse Orange men’s lacrosse team has picked up their first two commitments from a pair of midfielders.

The first came just a day after the September 1 start date for coaches’ contact from rising junior Zach Mercado out of Austin High School in Texas.

I’m excited to announce my commitment to play lacrosse at Syracuse University. Huge thanks to all my coaches and everyone who has helped me along the way. Go orange! https://t.co/tkHX6ggfIN

In a pandemic-shortened season this past spring, Mercado recorded 24 points (19 G, 5 A) in seven games and was selected to the 2020 Under Armour All-American Underclassmen tournament this summer.

According to an interview conducted with Samantha Croston of Sports Illustrated’s Syracuse page, Mercado said that Syracuse was always the top school in his mind, in part due to the influence of the coaches on his travel team.

The Iron Horse Lacrosse team is headed by former Orange stars Luke Cometti (‘12-’13) and Dom Fin (‘91-’94), the latter of whom was a three-time, first-team All-American at SU and a 2015 member of the National Lacrosse Hall of Fame.

In the interview, Mercado cited how his coaches talked up their experiences in Central New York as a factor in his decision-making process.

This past Wednesday, the Orange added their second recruit in as many weeks when they got a verbal from Vinnie Trujillo, a four-star midfielder out of St. John’s College High School in Washington, DC.

The commitment was first reported by Ty Xanders of Inside Lacrosse, who tweeted this about Trujillo:

Vinnie Trujillo ‘22, M, St. John’s (D.C.) / @annapolishawks has committed to @CuseMLAX. Likely the best pure d-middie in the class right now (a 4-star in the next round), Trujillo is a gritty playmaker who constantly provides a spark: https://t.co/obJhzLHRZS pic.twitter.com/wPI6vcutxF

It’s worth noting that both Trujillo and Mercado enter into their commitments profiling as short-stick defensive midfielders at the next level.

Xanders, Inside Lacrosse’s director of recruiting, calls Trujillo the “best pure d-middie” in his class.

Meanwhile, in his interview with SI Syracuse, Mercado listed one of his lacrosse strengths as his IQ on the defensive side of the ball alongside an ability to push transition and play fast.

It appears that John Desko and his staff are looking to bolster the SSDM unit, and just in time for the departure of Peter Dearth, one of the best defensive short sticks SU has had in many years.

Dearth, who decided to come back for another shot at a senior year after the pandemic forced the cancellation of the 2020 season, will finish his career with the Orange the year before these two arrive on campus as freshmen.

Dearth will leave a huge hole, both metaphorically and physically, in the defensive midfield unit that Mercado and Trujillo may get a shot at filling from Day 1 on campus.

The Orange’s Class of 2022 is off to a very purposeful beginning.