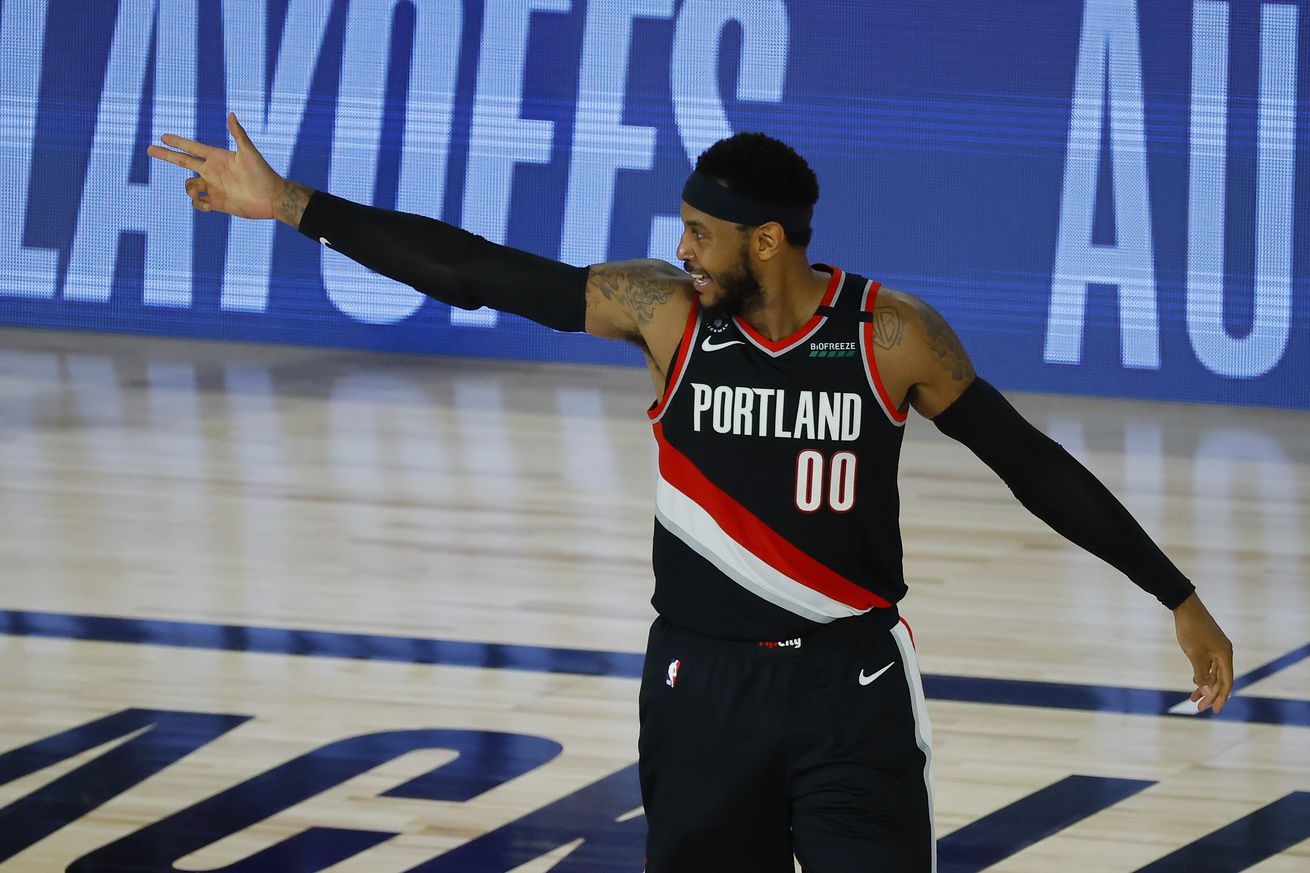 All five Syracuse players in the NBA bubble made the playoffs.

The Syracuse Orange men’s basketball program will have representation from all of its NBA alumni in the NBA Playoffs this year. All five — six, counting BJ Johnson — former Syracuse players have made the post-season and a few of them have legitimate hopes to make the Finals, too.

Playoffs are set to begin today, but before they do here’s a look at how the erstwhile Syracuse players competed along with their series’ schedules.

After winning the play-in game, the Portland Trail Blazers earned the No. 8 seed in the west as well as the right to take on the No. 1 seed Los Angeles Lakers. The Blazers had a slim chance to make the playoffs coming into the bubble, yet won seven of nine games since the restart and now find themselves in the post-season.

Game, time and television network for the Blazers-Lakers series is listed below:

Anthony has played an important role in Portland’s resurgence. The elder statesman scored at least 20 points in five of his team’s nine games in the bubble. He’s hit multiple clutch shots to boot, including a late 3-pointer with 20 seconds remaining in Saturday’s game against the Grizzlies to give his team a six point lead.

The Los Angeles Lakers will play the aforementioned Trail Blazers beginning on Tuesday. Despite the No. 1 seed, the Lakers are the second (betting) favorite in the west behind the No. 2 seed Los Angeles Clippers.

Waiters has scored in double-figures for the Lakers in five of his seven games played in the restart. Expect him to play an important role off the bench in the playoffs. Waiters also has the best chance to become the first former Syracuse player to win an NBA Championship since Marty Byrnes won with the same Lakers franchise in 1980.

The Denver Nuggets earned the No. 3 seed in the west and will square off against the Utah Jazz. The Nuggets currently have the seventh-best odds to win the NBA Finals.

The series with the Jazz tips off today and the full schedule for the Nuggets is here:

Grant has been averaging 15.6 points per game for the Nuggets while shooting an efficient 52.6% from the floor in the restart. He’s primarily come off the bench for Denver but he’s started a pair of games in the bubble and earns starter’s minutes. Grant has vastly improved his ability to shoot from outside, too.

The Orlando Magic earned the No. 8 seed in the East and will square off against the No. 1 seed Milwaukee Bucks beginning on Tuesday. The full series schedule is here:

Carter-Williams has been hobbled with a strained tendon in his left foot. He scored 18 points, grabbed 6 rebounds, dished out 5 assists and had 4 steals in Orlando’s first two games after the restart. The Magic have him listed as day-to-day — the former Syracuse point guard has been wearing a walking boot.

BJ Johnson, who played at Syracuse for two season before finishing his college career at La Salle, is also on the Magic. He scored 17 points in two appearances for the Magic in the restart.

The 2019 NBA champs earned the No. 2 seed in the East and will face the No. 7 seed Brooklyn Nets in the Eastern Conference Playoffs.

Brissett has been inside the NBA bubble, but has yet to play. He’s (Nick…) nursing a sore knee. He has been making entertaining videos/vlogs, however, like this one below on his YouTube channel.