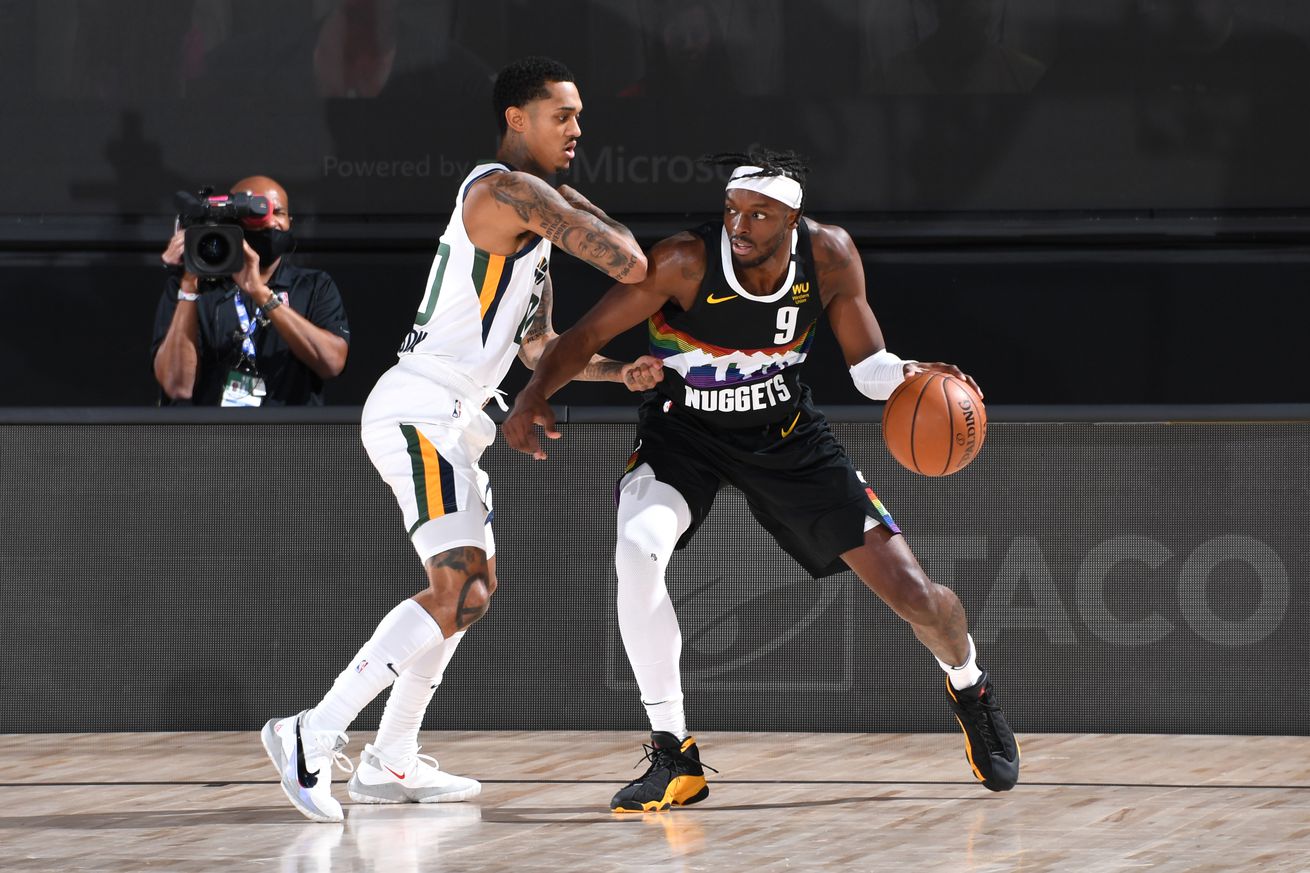 Three former Syracuse basketball players moved on to the NBA second round.

The First Round of the NBA Playoffs will officially conclude tonight as the Houston Rockets and Oklahoma City Thunder square off in a game seven. There are no former Syracuse Orange men’s basketball players in that game, but Jerami Grant did advance to the Western Conference semifinals as his Denver Nuggets just escaped the Utah Jazz in a game seven of their own last night.

With that known, we recap the first round of the NBA Playoffs for former Syracuse basketball players. Three have advanced to the conference semis.

The Denver Nuggets came back from a 3-1 deficit to win three straight games and advance in the playoffs. Denver dodged a bullet in the closing seconds of last night’s game as a missed layup by Torrey Craig gave Utah a chance to win the game. Mike Conley’s three at the buzzer just rimmed out and the Nuggets advanced.

Grant averaged 11.3 points and 3.4 rebounds per game throughout the series while guarding Donovan Mitchell. The Nuggets will face off against the Los Angeles Clippers in the next round. That series begins on Thursday at 9 p.m. ET with TNT picking up coverage.

The Portland Trail Blazers took Game 1 against the Los Angeles Lakers but failed to win a game the rest of the series. With Damian Lillard out for Game 5, Anthony stepped up with 27 points on 9-16 shooting. Still, the Lakers took hold down the stretch and knocked Portland out of the playoffs.

That subsequently sent Carmelo home as an unrestricted free agent. The New York Knicks reportedly expressed interest in Anthony, but ‘Melo made his interest known in returning to the Blazers next season. Anthony suggested he’s found a home while also stating, “I pray that it could be Portland.”

As mentioned, the Lakers advanced past the Trail Blazers in the first round by winning the series 4-1.

Waiters only appeared in three games throughout the series, with one appearance coming in the last minute of the first game. He had four points in each of his other two showings.

The Lakers will play the winner of the Thunder-Rockets series on Friday night at 9 p.m. ET. That game will air on ESPN.

The Orlando Magic took Game 1 against the Milwaukee Bucks, but like the Blazers lost the series 4-1.

MCW was inactive and missed the series with a strained tendon. The Magic were on the floor when the Bucks made the decision to sit out Game 5. MCW expressed his support of that decision.

Brissett left the bubble a few weeks back to have surgery on his knee. He returned to Orlando for Game 1 of Raptors-Celtics. Brissett was on the sidelines for Toronto’s first two losses in the series. The Raptors haven’t listed a timetable for his return.

The Raptors play Game 3 on Thursday night at 6:30 p.m. ET. TNT will pick up coverage.