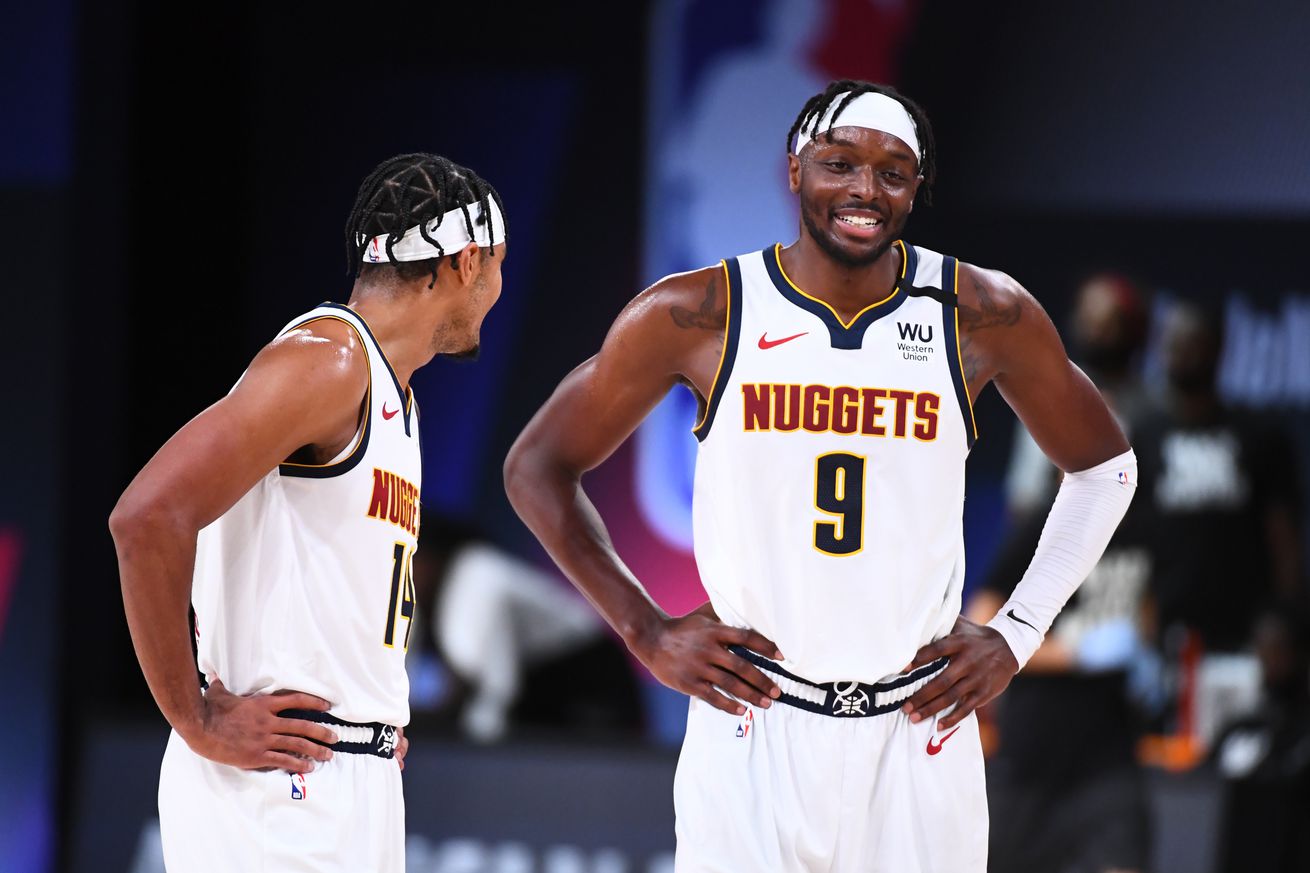 Two former Syracuse Orange men’s basketball players advanced in the NBA Playoffs and are now set to meet in the Western Conference Finals.

The Los Angeles Lakers and the Denver Nuggets will square off in the west, which subsequently means either Dion Waiters or Jerami Grant will appear in the NBA Finals this year.

As for other Syracuse alumi in the NBA Playoffs, Carmelo Anthony and the Portland Trail Blazers were knocked out in the first round by the Lakers. The Orlando Magic and Michael Carter-Williams were ousted from the playoffs by the Milwaukee Bucks, but three erstwhile Syracuse players were represented in the conference semifinals.

Here’s how the former Orange players performed in the semis:

Jerami Grant stepped up in Game 7 with 14 points and 5 rebounds while guarding Kawhi Leonard. Grant struggled to shoot throughout the series, but played terrific defense on Leonard.

The Nuggets will play Game 1 against the Lakers on Friday at 9 p.m. ET.

The Lakers are back in the Western Conference Finals for the first time since 2009 and 2010 when they went on to win back to back titles. After defeating Portland 4-1 in the first round, the Lakers mirrored that effort against the Houston Rockets in the conference semifinals.

The Toronto Raptors were ousted from the Eastern Conference Semifinals in a Game 7 against the Boston Celtics.

Oshae Brissett did not appear in the playoffs for the Raptors, but he traveled with the team to Orlando. After a brief exit to undergo surgery on his right knee, Brissett returned to the NBA bubble for the remainder of the Raptors’ run.

Brissett signed a one-year contract with the Raptors in July 2019 and had his contract converted to a two-way deal last October.