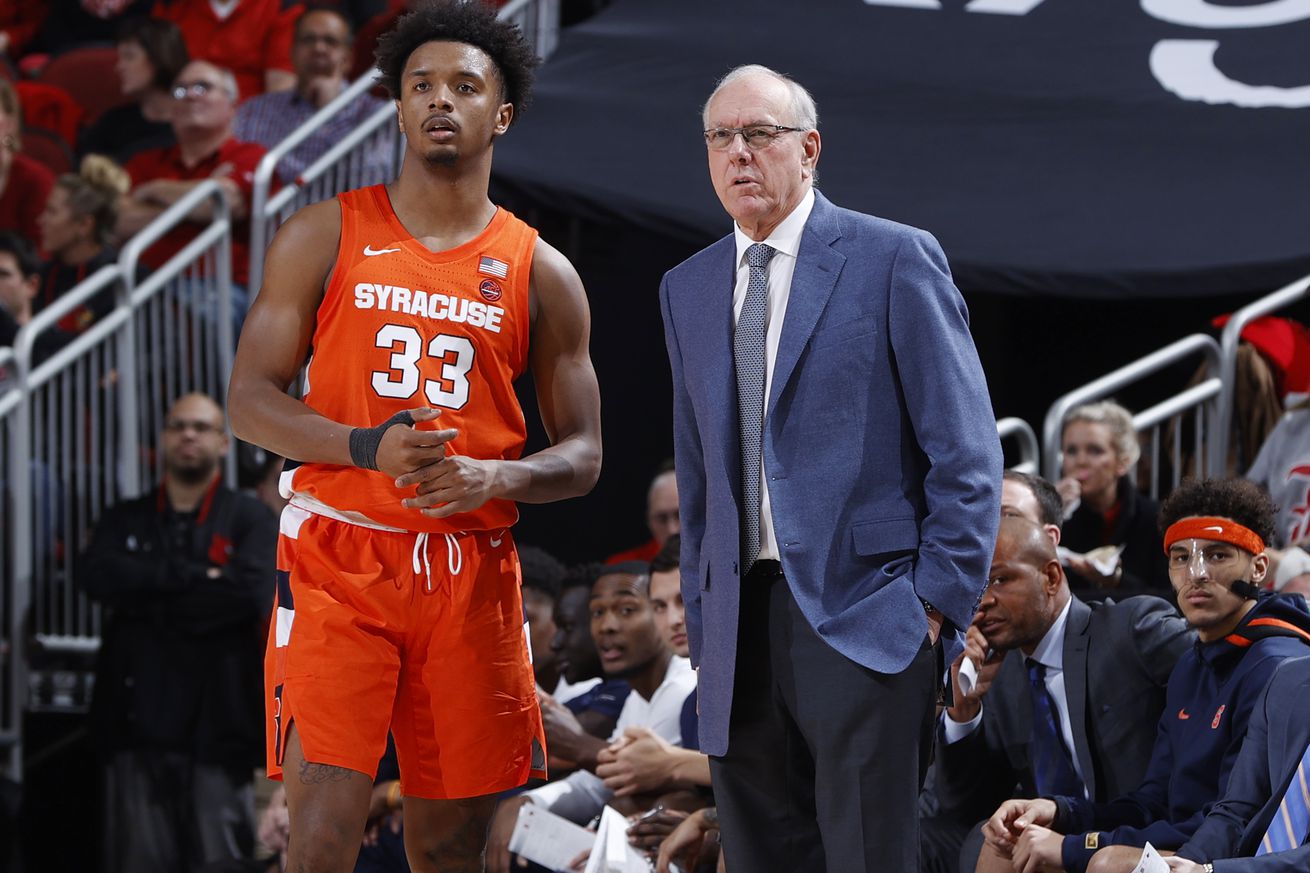 2020 is as weird as it gets. It has forced athletes to play in empty arenas and it has already made scheduling games for the NCAA season harder than usual. Now, 2020 has found a way to change up the Draft Combine.

Former Syracuse forward Elijah Hughes will be one of the many players participating in the aforementioned NBA Combine, which begins today and runs through Oct. 16.

Your participants for the NBA virtual draft combine. pic.twitter.com/l2kmTjyYgX

It will be the first of many phases in the draft process. In the official release on NBA.com, this is what they had to say about the combine:

“NBA Draft Combine 2020 will give players the opportunity to participate in league and team interviews, both conducted via videoconference from Sept. 28 through Oct. 16. Players will also take part in an individual on-court program consisting of strength and agility testing, anthropometric measurements, shooting drills and a “Pro Day” video, all conducted in October at the NBA team facility nearest to a player’s home or interim residence. Medical testing and examinations will be performed by NBA-affiliated physicians in the same market.”

According to the NBA, there will also be new technology for the process this year:

“As part of the event’s innovative format, the NBA will incorporate HomeCourt, a mobile basketball training application that uses advanced machine learning and computer vision, to provide analytics and record the shooting evaluation portion of NBA Combine 2020 and for players to create a unique “Pro Day” video. The video, used to showcase a player’s skills, may feature only the individual player (and either a coach or trainer) and can be up to 45 minutes long. HomeCourt is developed by NEX Team, Inc., an NBA strategic partner. Additionally, the NBA has expanded its use of “Combine HQ,” an online tool developed by Fusion Sport in its software platform Smartabase. An interactive online platform, Combine HQ provides NBA teams with a one-stop shop for scouting information gathered during the on-court portions of this year’s Combine. Using Combine HQ, NBA teams and scouts will be able to compare participating players to their peers, past Combine participants and current NBA players, and view detailed shot charts and statistics.”

The NBA Draft is scheduled for Nov. 18 in Bristol, Connecticut. The draft will be held virtually and air on ESPN.