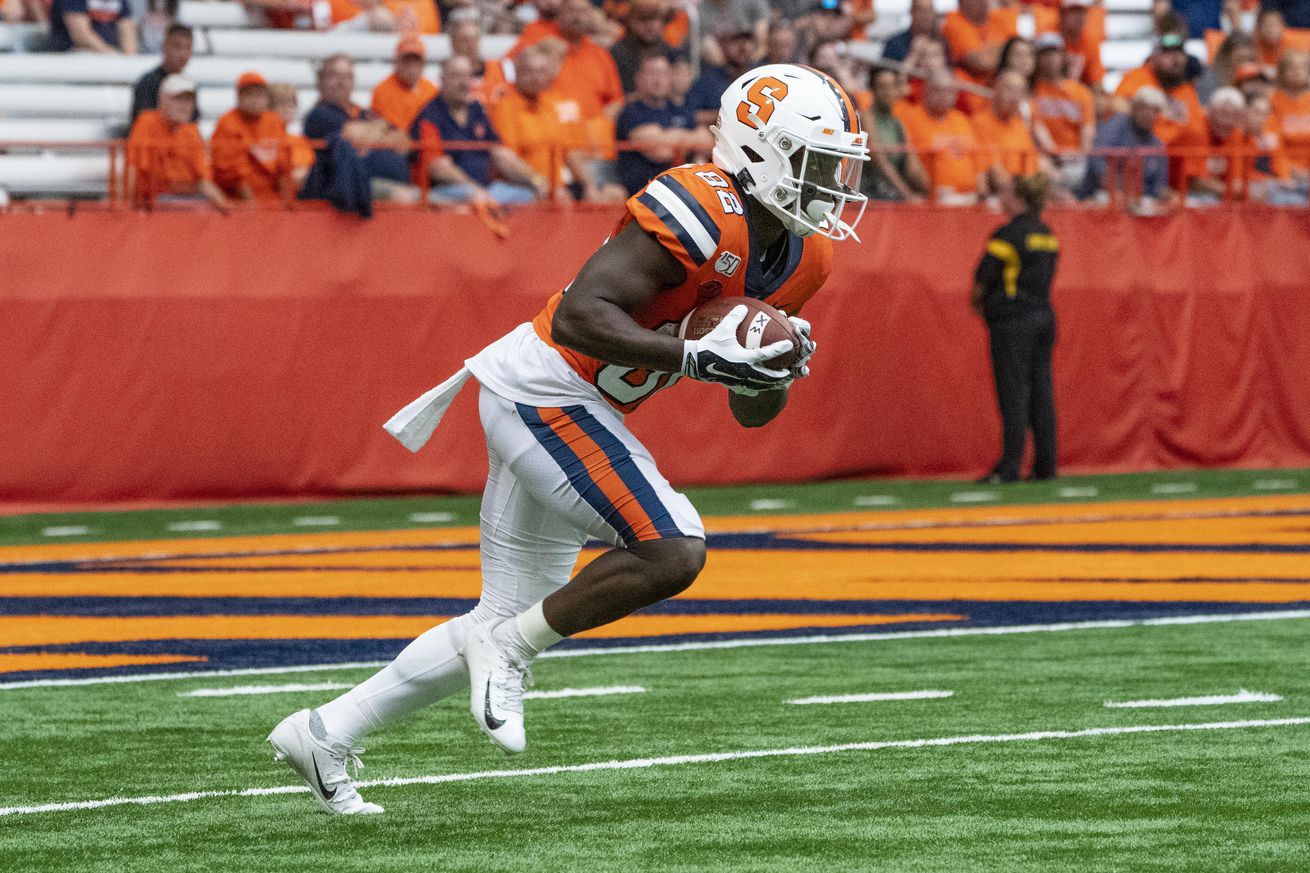 On second view, there was one positive stretch

We’re back again this season looking at the Syracuse Orange first down offense. We know that success on first down is especially important for an offense that wants to go at a quick tempo and force the defense to react instead of attack.In case you

We know that the Syracuse offense was ineffective in week one against North Carolina, but what do the numbers say?

The rushing numbers are pretty lousy and as we saw last year, if Syracuse can’t run the ball effectively on first down they struggle to win games. On 33% of the first-down rushing attempts the Orange gained nothing or lost yardage and the longest run of the day was a 15-yard keeper from Tommy DeVito.

One positive from Saturday came in the second quarter when Syracuse dialed up eight straight first down passes. DeVito was 5 of 8 for 66 yards and hit five different receivers. One of the misses was costly as that was the overthrow of Anthony Queeley on a sure touchdown. Those are the throws DeVito needs to hit but the stretch showed what Syracuse can do when they spread the ball around and attack the defense with quick throws to multiple receivers.

Overall the offense needs to be much better but you can see what Dino Babers was talking about when he said the Orange “shot themselves in the foot”. We’ll see if Syracuse can find more consistency and cash in on opportunities this week when they travel to Pitt.