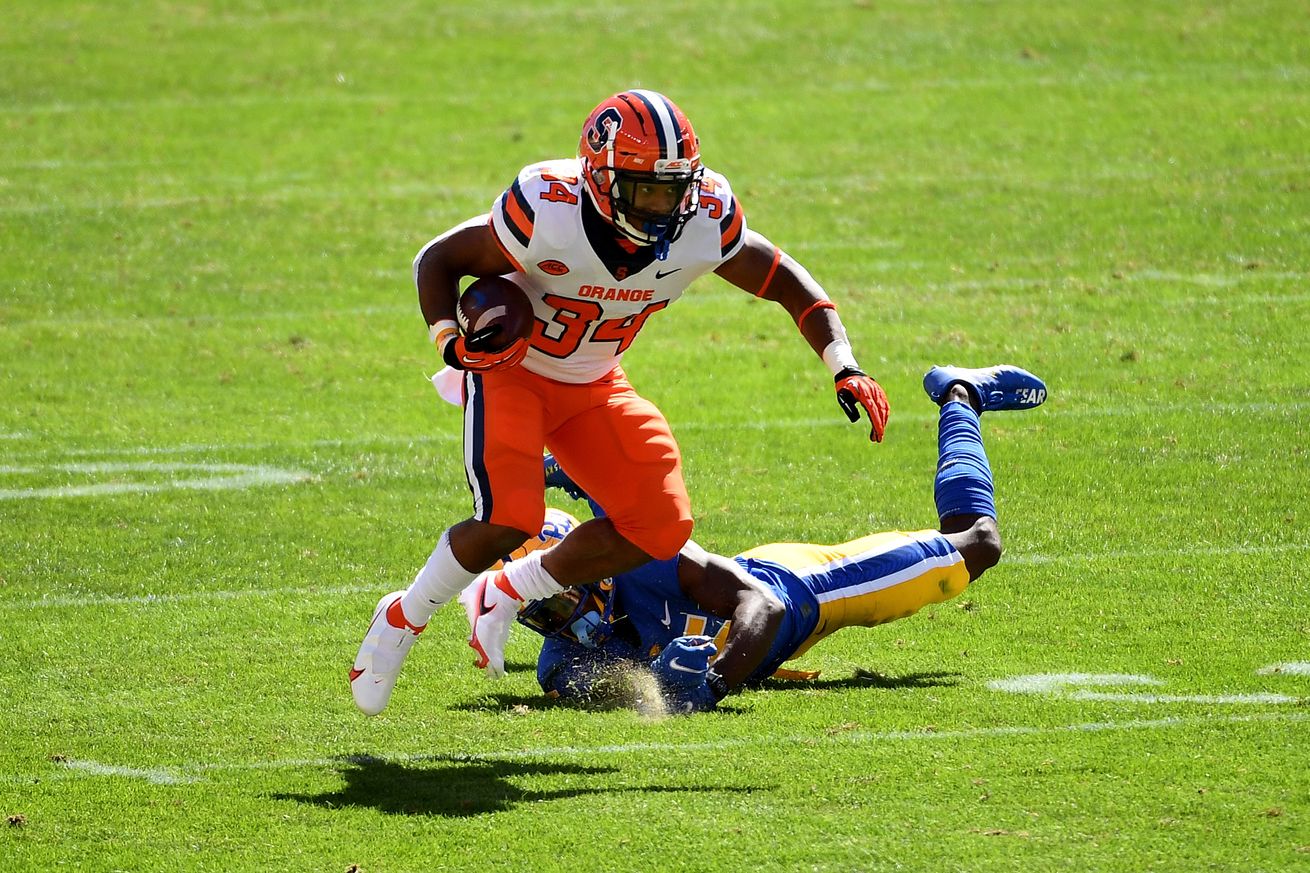 Not the way the Orange wanted these numbers to go

Two weeks into the Syracuse Orange season and the first down offense is once again running quicksand. We know that success on first down is especially important for an offense that wants to go at a quick tempo but what

Was the Syracuse offense as bad as it looked against the Pittsburgh Panthers? On second glance, it was actually worse.

Unlike last week there wasn’t a lot of positive to talk about. Nine of the seventeen first-down plays went for zero yards or lost yardage. Sean Tucker’s eight-yard run in the second quarter was the Orange’s biggest gain on first down and the second half numbers are more troubling because that’s when you’d expect some adjustments.

First downs and the red zone should be a priority for Syracuse’s offense this week. Just like last season these two areas are hampering the team’s chances of getting victories. The Orange need to find a couple of plays they can execute in these situations if they want to get the offense going. We’ll see if getting home next weekend will do the trick.