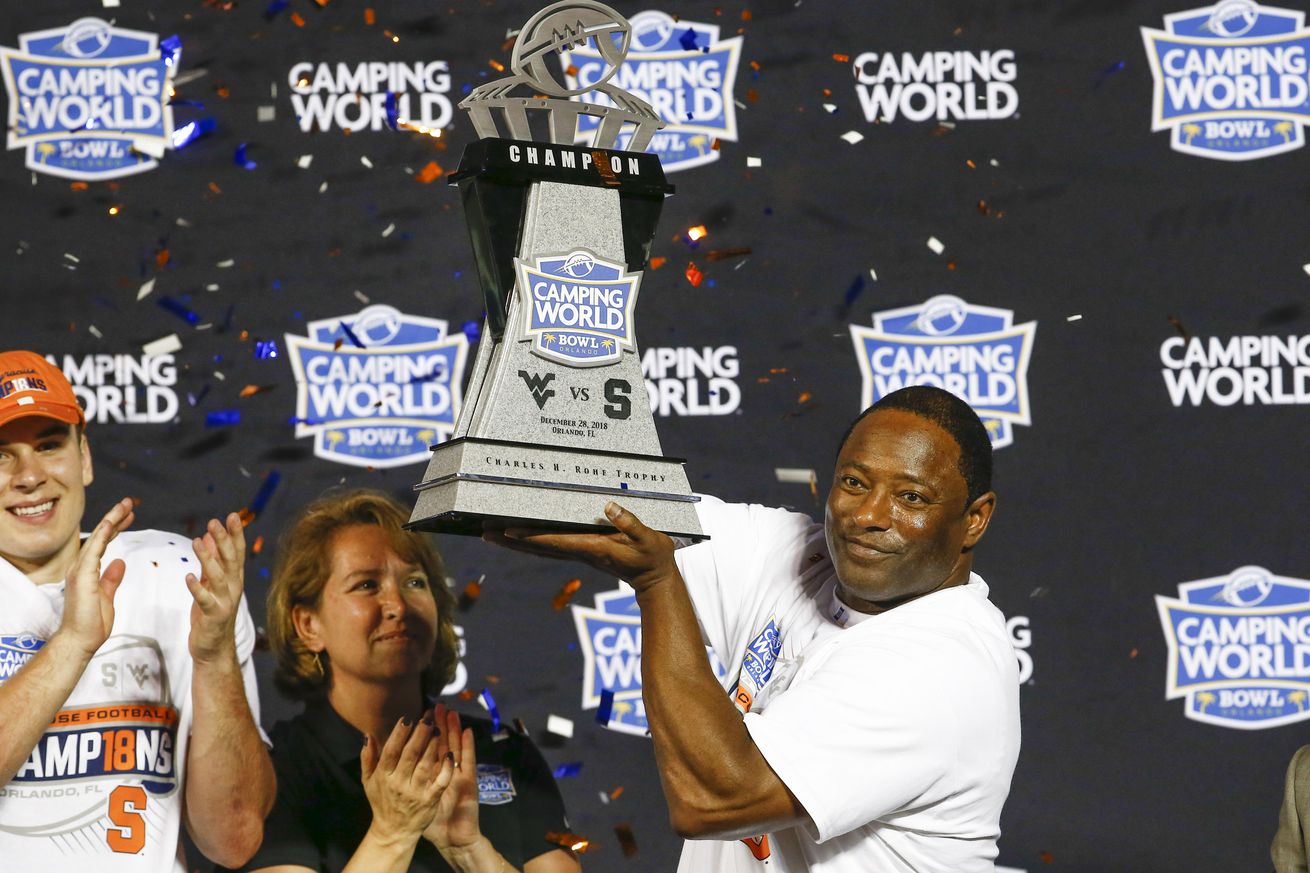 If you were worried that the Syracuse Orange’s 0-2 start was going to make bowl eligibility a difficult task in 2020 then we’ve got some good news for you,

There will be no win requirements to play in a bowl this season, if approved by NCAA’s Council next month. So we potentially could have a winless team go bowling!

As we said on Twitter last night this clears the way for a Pinstripe Bowl battle for NYC supremacy between Syracuse and the Rutgers Scarlet Knights. The recommended post-season period would be December 1, 2020 to January 11, 2021 which would allow for teams to be selected by the bowls even if they don’t have a winning record. You might think it’s a ridiculous idea but the reality is that extra practices are important to a program like Syracuse, especially this year. The proposal goes to a full NCAA vote next month but it’s likely to pass and then we’ll crank up our Bowl Watch content immediately.

In other NCAA news, we now have information on the fall sport championships which were canceled so let’s take a look at how the Division One titles will be determined.

Season moved to January 23- March 5th which does conflict with indoor track so we’ll see if this schedule is adjusted again. The NCAA Championships would be March 15th and consist of 255 runners in each of the men’s and women’s races.

Regular season will be held February 12-April 23. 12 teams will compete for the NCAA title instead of the normal 16. There will be 10 automatic and 2 at-large qualifiers.

Regular-season competition will be played from January 22-April 3. 48 teams will be selected for the NCAA Tournament (32 of the teams will be automatic qualifiers, with 16 at-large selections). The volleyball final will be April 23-25.

It will be interesting to see how Syracuse schedules field hockey and soccer home games. Will they use the Stadium or Ensley Athletic Center or will they enjoy a homefield advantage by taking some of the warmer weather schools outdoors in February? Something to watch for as conferences plan out these schedules in the coming months.