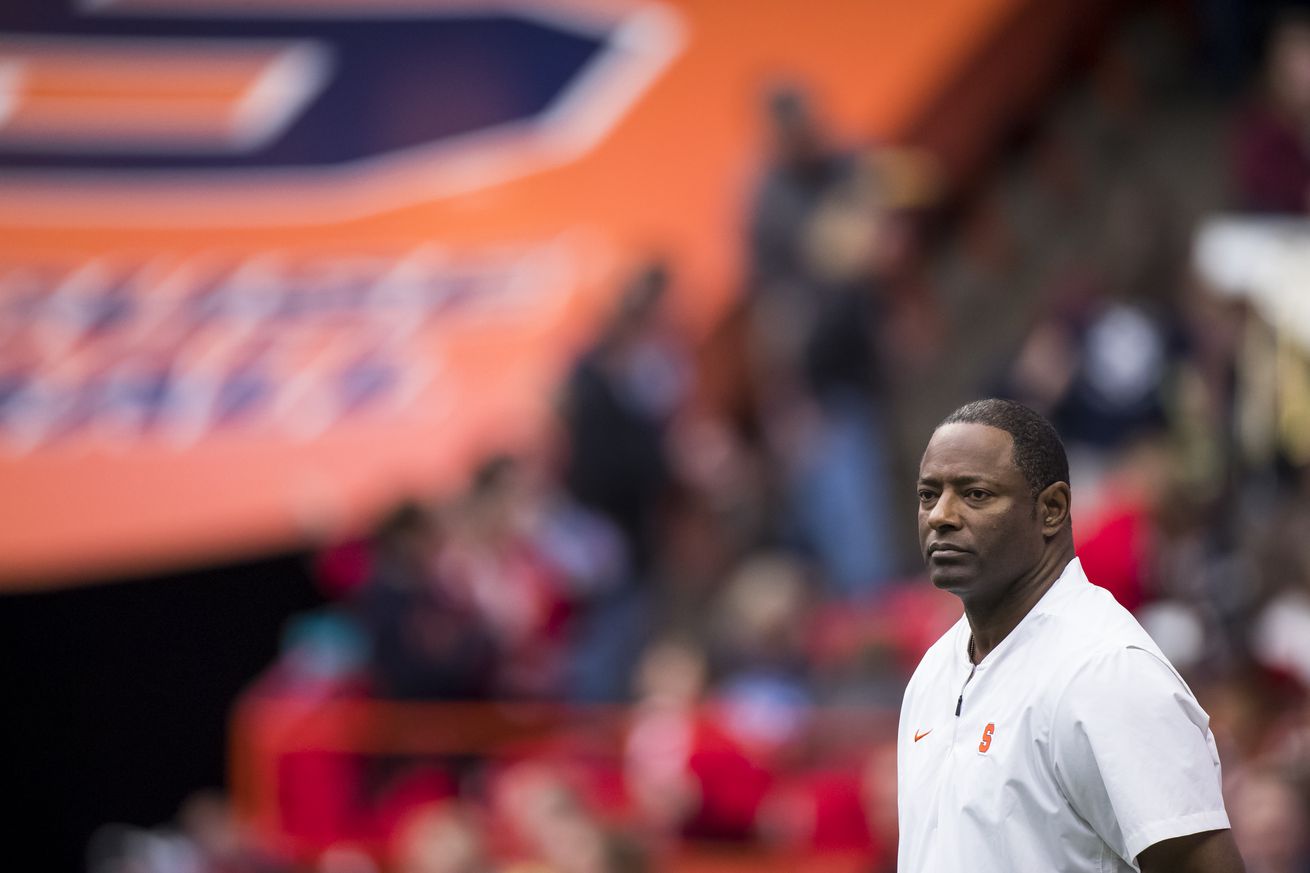 I’m not ready for this college football season to start.

That’s something I’ve never said before, but it’s alarmingly true. Given the state of the world, the potential risks for players and my own headspace around these last six-plus months, it’s admittedly not easy for me to feel “ready” for this season.

Perhaps it’s become obvious to regular readers over the years, but I’m a bit obsessive about being (or at least, feeling) prepared. This site has a weekly schedule for the entire offseason, and has for years. I don’t leave the house to drive somewhere new without knowing my first two or three moves. As I’ve recently discovered, a lot of the media I consume is less about the finish line and more about getting ready to turn the page to some daunting next chapter.

So despite the fact that I’ve written countless articles all summer about the Syracuse Orange football team, it’s been a bigger struggle than ever to shift my mindset to talking about this team in the present tense. This country is unsettled for various reasons. I’m sure many SU football players are as well. I know I am, for personal reasons. Among other general life dreads, the impending birth of our second child is the sort of thing that overwhelms a psyche like mine. Yes, I’m already a parent. No, I don’t think any amount of parenting can prepare you for the next — and completely different — kid adequately enough to make you feel ready.

This relates to Syracuse football this season in the sense that as a fan, it’s tough to feel like this team is “ready” for what’s ahead. That’s not a knock on Dino Babers, the staff or the players themselves. Rather, it’s an assessment of what’s occurred this offseason and how that impacts a team.

For Syracuse, COVID-19 concerns shut down spring practice as the team had just begun installing new offensive and defensive coordinators. SU was already replacing a lot at various positions, and the lack of on-campus prep time made that task even tougher. An altered schedule, societal unrest and the team’s own safety concerns have further complicated the offseason and fall ahead. Realistically, Syracuse has had very little time to implement changes. And they already look shorthanded at a few spots as they prepare for week one of play.

Dino and his staff are professionals, and this is a team of experienced Division I athletes. I’m not concerns about anyone’s abilities to want to be ready for this season, physically. But I do wonder about the mental part of this season, and the toll that inevitably takes. Wanting to play and wanting to see teams on the field is one thing. Actually being mentally present and accounted for given what’s going on around this year’s football games is another one entirely. You can’t blame any player or coach for a mind that starts to wander a bit in 2020. They’re human, after all, just like the rest of us.

Given what we’ve witnessed in 2020 already, what does being ready or prepared really look like or mean anymore? Like every year, I could sit here and make predictions about what will happen to the Syracuse football team — and I will for as long as I can this week, before my wife probably goes into labor. But more than ever, the exercise just feels a bit futile.

No amount of feeling “ready” preps Dino’s team for a major injury, or key players opting out. It doesn’t prepare them for what happens if and when a game gets wiped off the schedule for health concerns. Or if a group of players wind up testing positive just days before a game kicks off. Even the best laid plans for this season couldn’t really salvage what’s certain to be a chaotic tumble through 11 football games, if we even get through all of them. So it’s hard to feel ready for what’s next here when there appear to be an infinite number of outcomes at our disposal.

If I’m ready for anything, it’s to maybe feel some normalcy for the first time in months. We’ll all watch some games together here and on Twitter. We’ll react. We’ll be wrong. We’ll maybe be happy at some points, and disappointed at others. For this season — one that does not appear to have any clear-cut expectations or guidelines — we’ll oddly need to be ready to accept or expect anything. Can you truly be ready for anything? And if not, then we’re back to square one: Not ready at all. But what else can we do at this point?

I look forward to seeing something on Saturday. Whatever it may be, I just hope we are prepared for it.