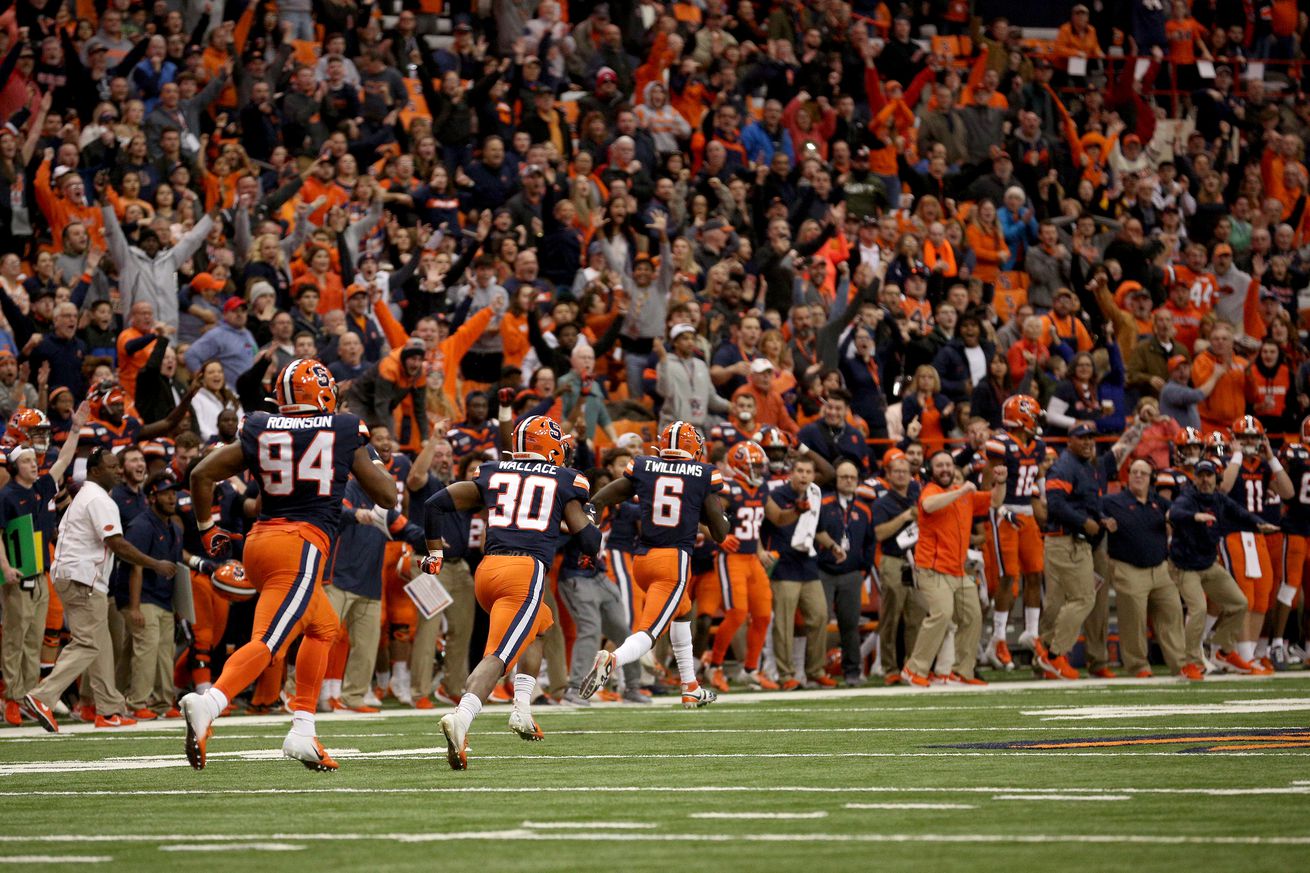 Not much respect for the Orange so far…

The Syracuse Orange are not expected to win the ACC this year. This shouldn’t come as a surprise to many. However, if you have been following along with our Football Prediction Series, you can tell that many of the games on the schedule this year are against similarly imperfect teams that fit into a messy tier below the contenders and dark horses. It appears as if the ACC writers feel that the Orange are one of the weakest teams of that bunch.

‘Cuse is ranked 14th in the ACC Preseason poll, a 134 media member prediction on the order of finish of the ACC this year. ‘Cuse faces all top 4 teams (Clemson, Notre Dame, UNC, and Louisville), but the meat of their schedule is made up of teams finishing 10th or below.

Clearly, this shows that SU’s strength of schedule relative to the rest of the ACC is on the weaker end, and confirms a lot of what we’re saying in previews: the Orange will have a path to a decent record, but it’s not going to be easy and will take more than a few breaks.