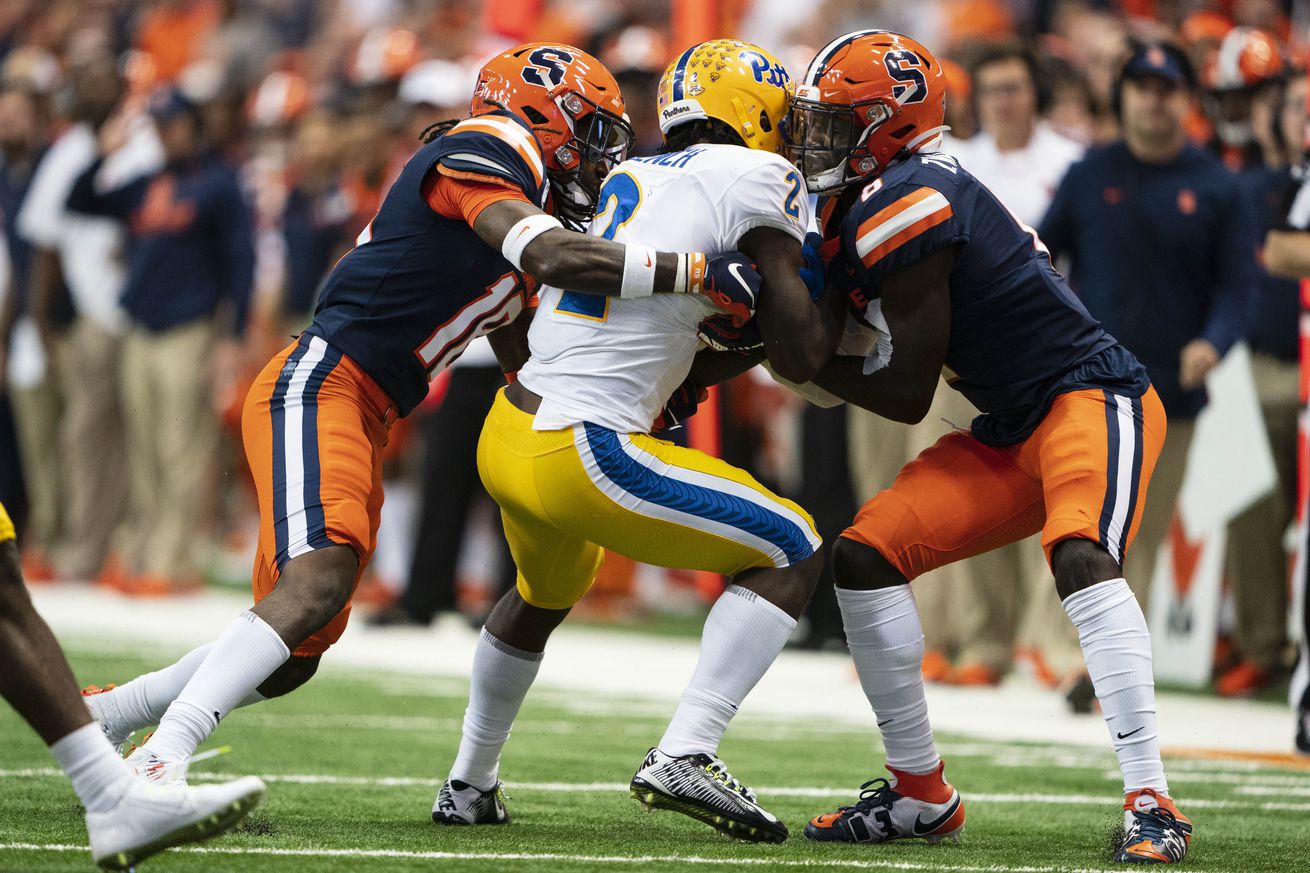 Going into Saturday’s matchup as three-touchdown underdogs, the Syracuse Orange football team already has enough challenges on its plate to worry about history against the No. 25 Pittsburgh Panthers. And yet, recent history with Pitt will be staring them in the face just the same.

Rivals or not, we’re all distinctly aware of SU’s struggles against Pitt over the last couple decades. Immediately following a streak when the Orange(men) went 16-1-1 in 18 games, Syracuse is just 3-15 in their last 18 games against the Panthers. Worse still, they haven’t won a road game against Pitt since 2001. When Troy Nunes was the starting quarterback.

In the time since, SU has dropped eight straight at Heinz Field. You may recall some more than others:

Some common themes emerge above, like the Orange either losing by a score or getting blown out. Recent offensive success at Pitt has been the exception, not the rule, as well. From 2003-14, Syracuse averaged just 14.2 points per game on the road vs. Pitt. That’s a far cry from the 61 and 37 points SU has scored in more recent vintages of this matchup. But what we see from ‘Cuse on Saturday could trend more toward a “typical” point total given the struggles we witnessed from this offense to start the season.

Like Syracuse’s last decade of matchups with Pitt in men’s basketball, many of these games seem to mimic one another. Maybe that comes with familiarity, or perhaps boredom. But you can predict some of the proceedings in advance if you’ve been watching these two teams face one another since the turn of the century. Pitt, oddly consistent but also not spectacular, will probably have a good defense. Their running game will probably be presentable. Their QB will be frustratingly adequate. And they’ll stomp on the Orange’s throat when called to late in a game.

Even in the three wins Syracuse has managed in this series lately — all at home — Pitt had a shot to pull off the win. If we’re being honest with ourselves, we basically expected them to as well. It’s what we’ve been conditioned to see, and it takes more than just a win here or there to break you of that sort of trauma. SU’s won seven straight against the Panthers on the hardwood, and because the Orange lost every matchup against Pitt while I was on campus, I still expect to lose each time out a decade later.

Given the spread, the offensive struggles and a very talented Pitt defense, I’m not banking on an upset for Syracuse. But if they were ever going to pull one off, now would certainly be an ideal time — with a season already sort of feeling like it’s hanging in the balance, as faith around the fan base grows into anxiety.