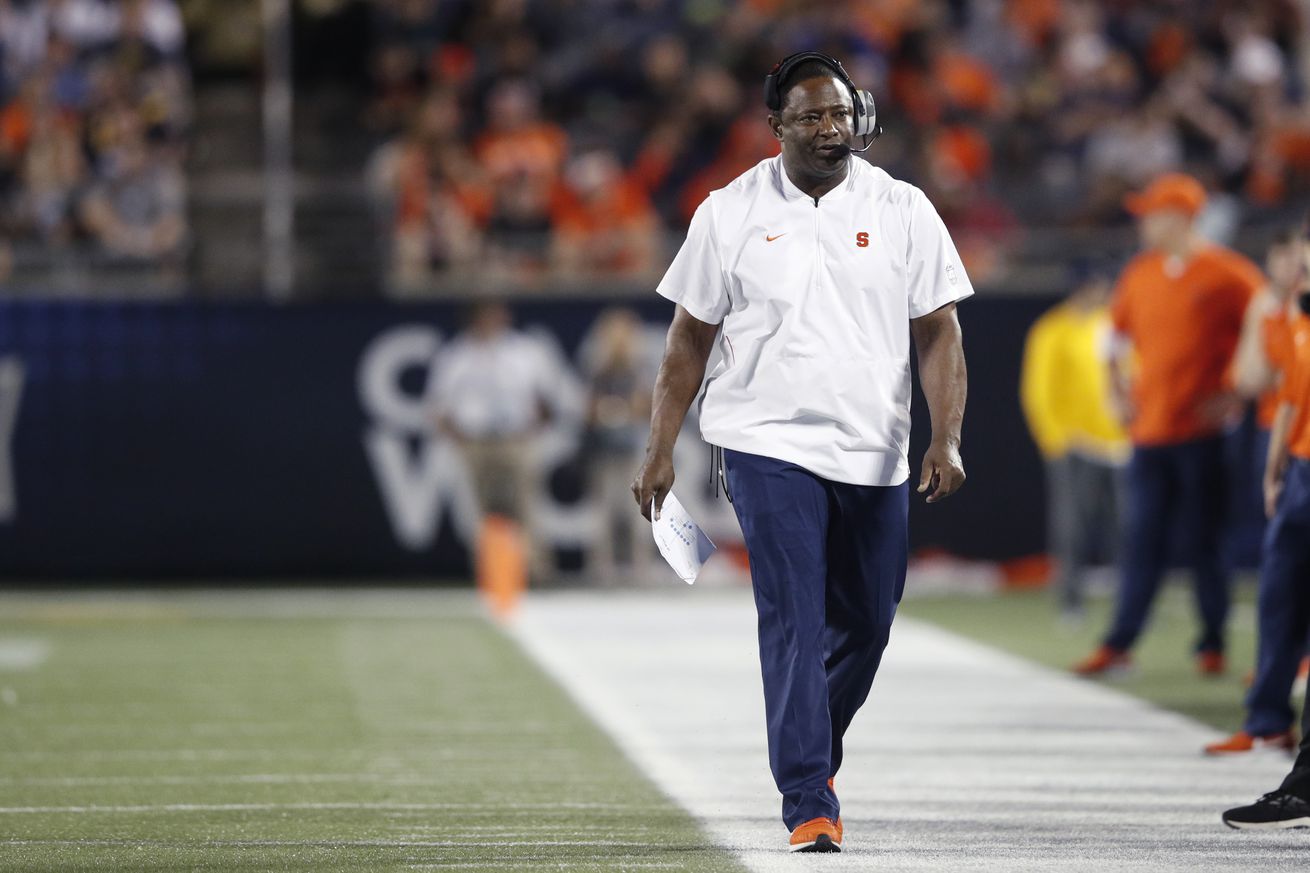 We struggled with it for the last 6 months. The Orange will continue to struggle with this for the remainder of the season.

The Syracuse Orange kickoff their 2020 season this Saturday against the North Carolina Tar Heels, a statement that implies the oddness of the 2020 season in itself. ‘Cuse will presumably be starting a former fullback/defensive tackle at offensive guard and be without two of their best running backs for reasons made not clear to anyone, further highlighting the absurdity of the season.

Normally, I’d make a funny photoshop of the weirdest bowl Syracuse could reasonably hope to make, but 2020 has decided to go vintage Corso. 40% of the Power 5 will not be playing this Saturday. The remaining 60% will be playing odd numbered conference heavy schedules, while those outside the ruling elite scrambled to compile something resembling a football schedule.

This is to say, bowl projections are borked, because bowl season will be borked.

In reality, unless Syracuse played it’s original schedule, there was little chance anyone would project the Orange to get to 6-5 and be eligible for a bottom tier bowl game to begin with. So this was always going to be some combination of less than enthusiastic projecting combined with a drab reminder of how uncertain things are for the collegiate sports world as the fall marches on.

So what is Syracuse playing for? What is their noble quest this season? If I’ve learned anything from being stuck at home the last 6 months, it’s finding some semblance of new normal and taking the chance on some personal improvement you made excuses for in the pre-COVID world. So let’s see what this wonky 2020 can do for the Orange to establish some kind of new normal, and maybe there will be an extra game to celebrate accomplishment.