Mark Bradwick’s football gameday begins long before Syracuse comes running out of the Carrier Dome tunnel. He’ll often begin gathering food and supplies for tailgates as early as 6 a.m. for a 12 p.m. kickoff.

While Bradwick lives in Florida most of the year, he spends his fall in a central New York summer cottage and usually stays for SU’s tailgates and football games. He, along with a group of others, founded the Fine Mess tailgate in 2006 in the parking lot just west of the Dome.

But for the first time, Bradwick and thousands of other Syracuse fans won’t have the option to attend games or tailgates in the fall. Gov. Andrew Cuomo said Tuesday that New York state won’t allow fans at college athletics events this fall, though a senior aide later told Syracuse.com that the state could revisit the policy before the season starts.

As of now, the Dome will remain empty, if the Orange are able to play at all. In-home watch parties, fake crowd noise and empty seats will become part of the gameday experience for millions of fans worldwide.

“I was disappointed. There’s a point where I say, ‘is it worth it to even have a season now?’” Bradwick said. “When you watch these matches and games on TV, having no fans there, it’s just not the same. It doesn’t feel the same.”

Bradwick first learned of the governor’s announcement in a group chat with other SU season ticket holders. He and many other season ticket holders recognized that the decision was inevitable, and many had already arrived at the “acceptance stage” given the rising numbers of coronavirus infections across the country, he said.

The Fine Mess tailgate had already been planning to dial back operations this year due to the pandemic, said Mark Cupelo, a fellow organizer and ticket holder. Instead of hosting up to 300 people — crowd sizes they’ve drawn for previous SU home games — Fine Mess organizers had hoped for a small group of core members instead. 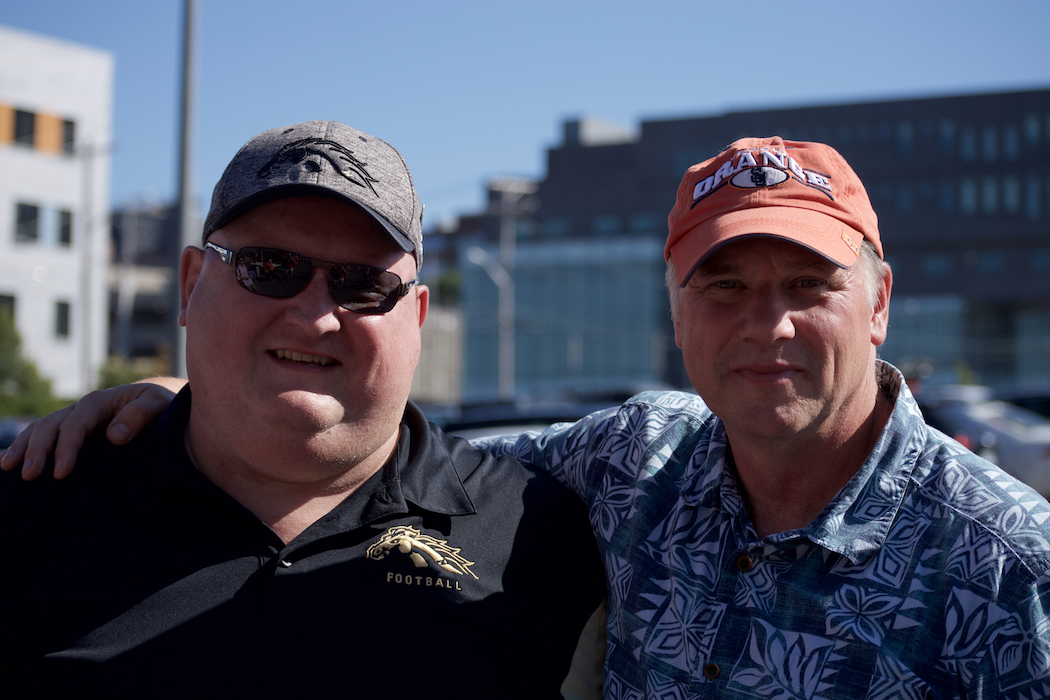 Mark Bradwick (right), one of the Fine Mess tailgate founders, lives in Florida most of the year but returns to Syracuse each fall for football games. Will Fudge | Staff Photographer

Planning stopped for road trips and potential away tailgates, which had begun on the syracusefan.com blog page months ago. Even if other out-of-state schools allow small numbers of fans in, Bradwick said it seems unlikely that tickets would be available to any away fans.

He’s still hoping that, if one of the southern schools does allow small amounts of fans in the seats, he’ll be able to snag a ticket to see the Orange in person once this year. Syracuse is currently slated to play at Wake Forest and Clemson.

“I’ll be jealous if other states allow fans to come and here we are not having any,” Bradwick said.

The Fine Mess won’t be gathering officially, and Bradwick plans to close up his cottage for the summer on Labor Day. But some SU fans he talks with will substitute tailgates with watch parties at homes and barbecues in backyards, he said.

When Bradwick and Cupelo spoke with The Daily Orange in June, they were optimistic that a reduced-capacity crowd along with masks, potential temperature checks and sanitization efforts could create an environment safe enough for fans in the Carrier Dome.

Director of Athletics John Wildhack said in June, before cases surged again across large portions of the United States, that Syracuse was “building various models” for reduced capacity. But even as Syracuse Athletics discussed ongoing plans, Greg Luckenbaugh was skeptical.

A 1981 SU grad and recently retired seventh-grade school teacher, Luckenbaugh has been a Syracuse football and basketball season ticket holder for 15 years. He lives with his wife, Sharon, in Queensbury, a small town near Lake George. Two-and-a-half hour drives along I-90 to Syracuse each weekend for games have become commonplace for the couple, but Luckenbaugh questioned the feasibility of social distancing in the Dome long before Cuomo’s announcement.

“It’s the right call,” Luckenbaugh said. “I was trying to figure out how you can get people to wear masks and socially distance at an event where you’re trying to have a good time and go crazy. It’s not like you’re watching a chess match or something.” 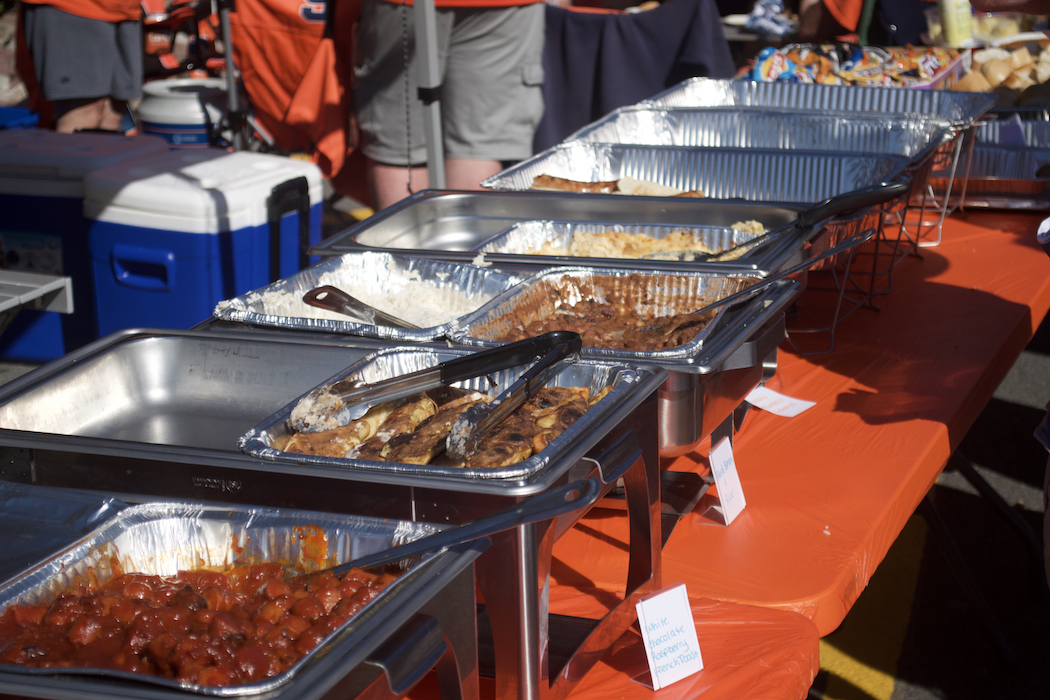 Gov. Andrew Cuomo said that New York won’t allow fans at collegiate games or tailgates this fall, although the decision will be revisited before Syracuse’s season begins. Will Fudge | Staff Photographer

Luckenbaugh said in June that he would consider going to games if he felt there were adequate safety protocols in place and the Orange were good enough to make the risk worthwhile. But he’s since decided to watch SU games from home this year. He wants to be refunded for his football season tickets, instead of having them rolled into the 2021-22 season.

He also doesn’t know how the players will be able to stay isolated from the rest of campus and keep from contracting COVID-19 this fall.

“This is kind of mind-boggling when you think about the dice that we’re rolling,” Luckenbaugh said. “We’re playing games with something that isn’t a game.”

While there’s still a chance that the state’s decision could be overturned prior to Syracuse’s home opener on a currently unknown date, Bradwick is looking at much more free time on Saturdays now that the tailgating is gone. He might not even watch the Syracuse games live, he said, possibly recording them on his television instead.

“The spectacle of the fans at the game, and the cheering and the noise and the pageantry, and it’s going to be kind of dull to watch the games,” Bradwick said. “It’s freed up a lot of my time.

“They’re not going to mean as much to me this fall.”

The post Syracuse fans prepare for a season without the Carrier Dome appeared first on The Daily Orange.