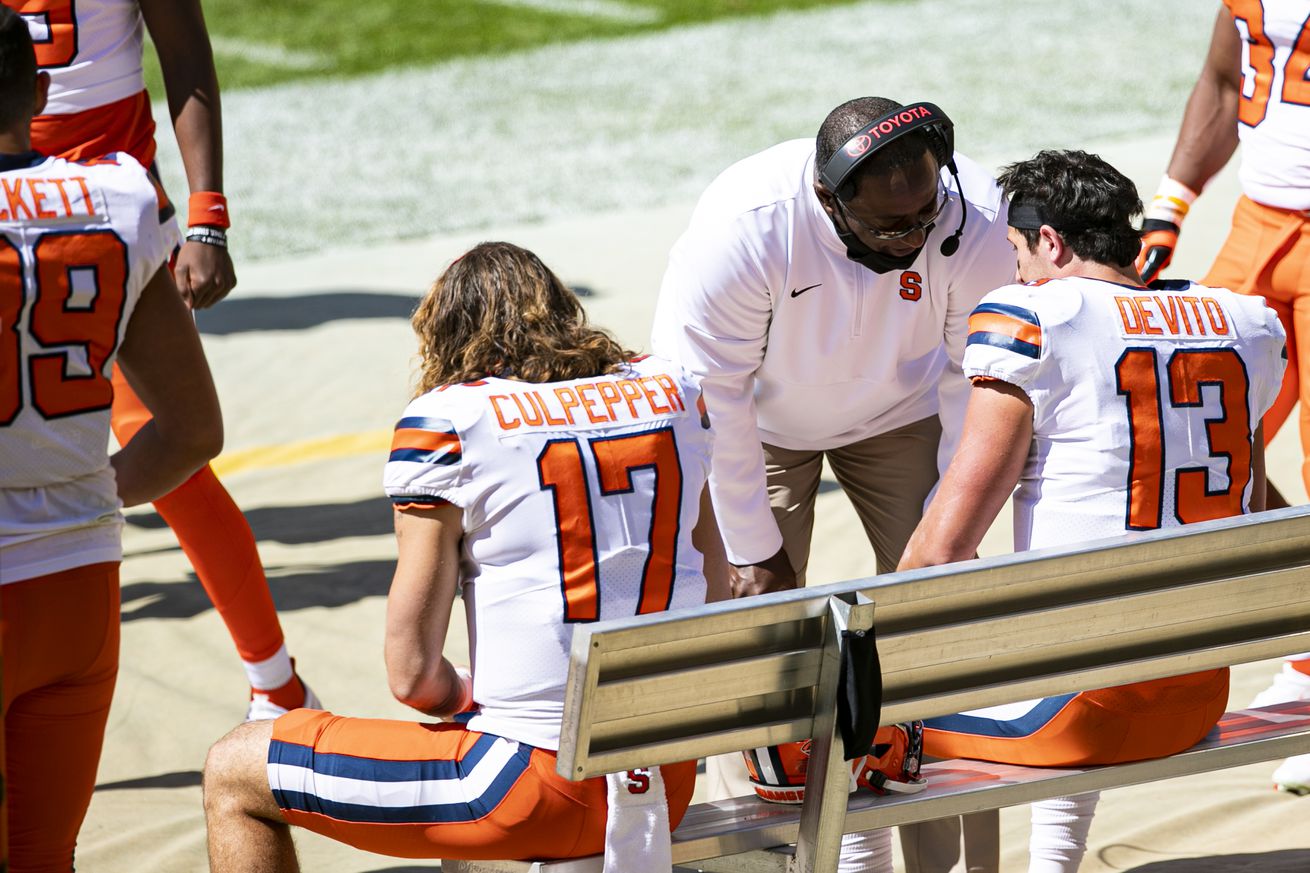 Dino alluded to some shakeups. We got some.

You may not be watching the Syracuse Orange game vs. Georgia Tech Yellow Jackets on television (thanks, Yankees), but the contest is still happening this Saturday. And in advance, the latest depth chart gives us a look at what we may see on the field — or what Dino Babers had on the field last week.

There aren’t a ton of alterations compared to SU’s previous game against Pitt. However, there were a few. The one a few fans are clamoring for — a quarterback change — is not there, though. But Babers has mentioned that both Tommy DeVito and Rex Culpepper will play against the Yellow Jackets.

Here’s a quick look, followed by some additional notes:

Here is Syracuse’s depth chart for its game against Georgia Tech. No “or” designation at quarterback. The “or” designation comes with the return of Tyrell Richards at the backup SLB spot and at BS as questions on Eric Coley’s status means Ja’Had Carter could get another start. pic.twitter.com/29lU1pDFJ6

Other than the quarterback position, which you probably have thoughts on, do you have other opinions on the above? Would assume we see some additional shifts that haven’t been recorded here.