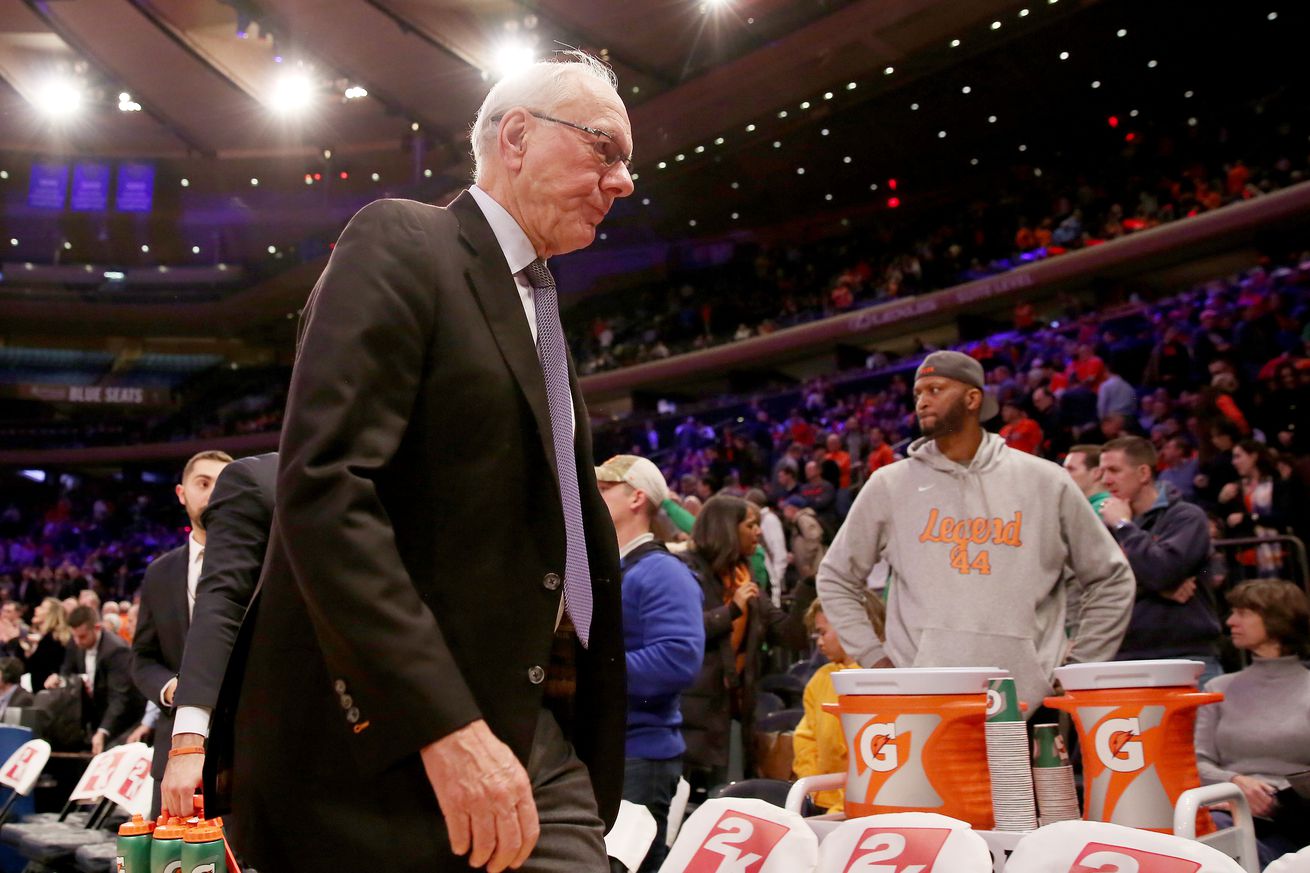 Syracuse will not play LSU in the Gotham Classic this season.

The Syracuse Orange men’s basketball team will not play against LSU in the Gotham Classic this season, as first reported by Matt Norlander of CBS Sports.

The matchup was originally set to take place at Madison Square Garden, but due to scheduling complications the game will not occur.

More scheduling news: Syracuse and LSU have agreed to not play in the 2020 Gotham Classic, sources tell CBS Sports. The event was loosely planned to be held at some point in Dec. at Mohegan Sun. TBD if other teams can fill those spots or if it won’t be played at all this year.

The college basketball season officially tips off on Nov. 25, but Syracuse’s non-conference schedule is still in the works. The ACC-Big Ten Challenge is expected to be played, as is the Georgetown game.

Syracuse will play its usual 20 ACC games this season, three of which will occur in December. The Orange will play Boston College, Clemson, Louisville, North Carolina, North Carolina State and Pittsburgh twice in 2020-21.