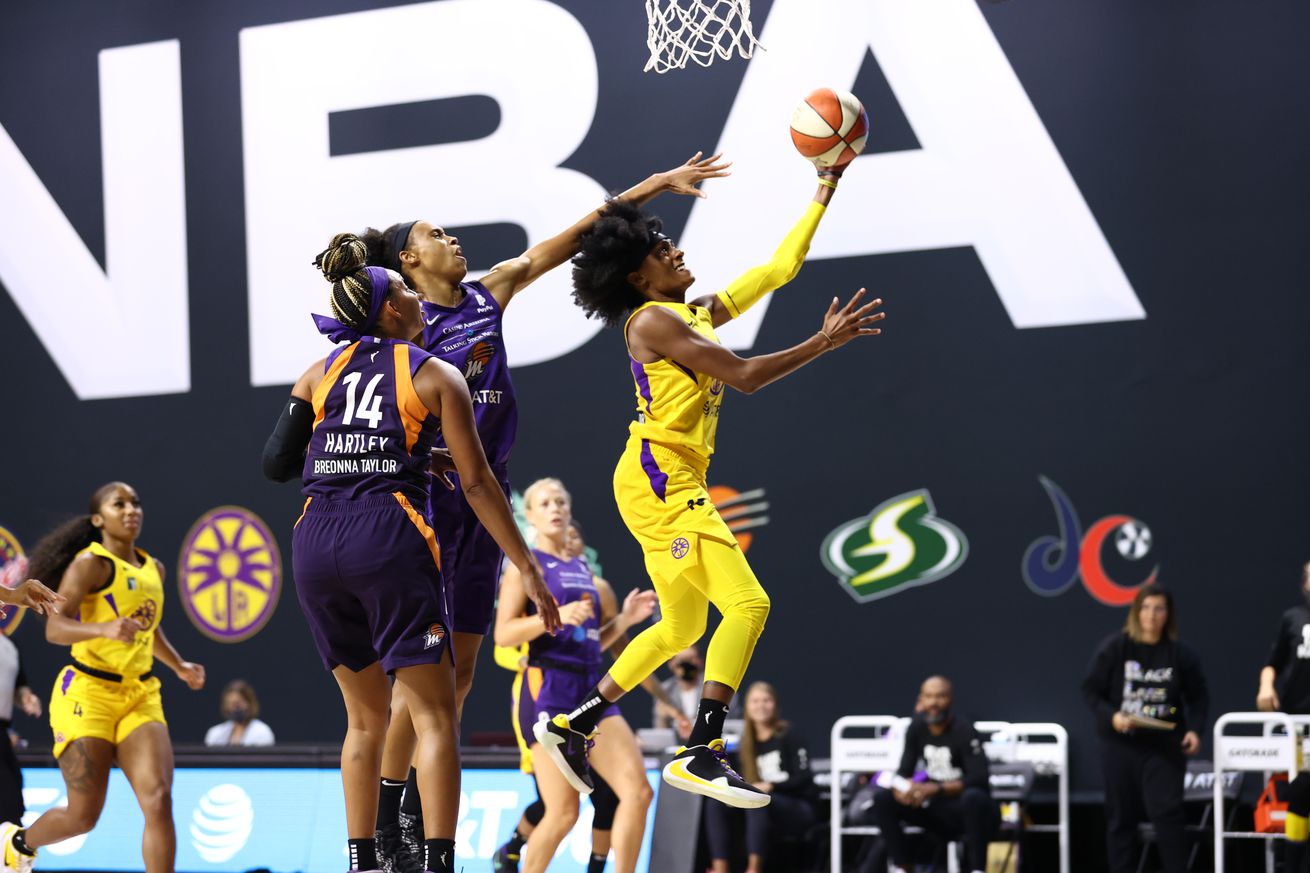 Sykes made a play that caught a lot of attention

The WNBA opened their 2020 season over the weekend with a number of major storylines. It started with the players dedicating the season to Breonna Taylor and the Say Her Name movement while deciding collectively to not stay on the court for the National Anthem. The opening weekend also marked the return of Sue Bird and Breanna Stewart for the Seattle Storm and the pro debut of Sabrina Ionescu for the New York Liberty.

With all of this going on it was Syracuse Orange alum Brittney Sykes who made the play of the day on Saturday when she blocked Brittney Griner the 6’9” center for the Phoenix Mercury.

The play ended up on ESPN’s Top 10 list on Saturday night and it wasn’t the only highlight for Sykes in her Los Angeles Sparks debut.

Sykes finished with 10 points and 3 steals in the victory. She played 19 minutes off the bench and with the Sparks having title hopes we’re excited to see how Brittney can contribute to a contender in her 4th season in the league.

The other Syracuse alum in the WNBA, Kayla Alexander, made her season debut with the Minnesota Lynx scoring 2 points in their win over the Connecticut Sun.

Both Orange alums will be back in action on Tuesday as the Sparks take on the Chicago Sky and the Lynx battle the Storm.