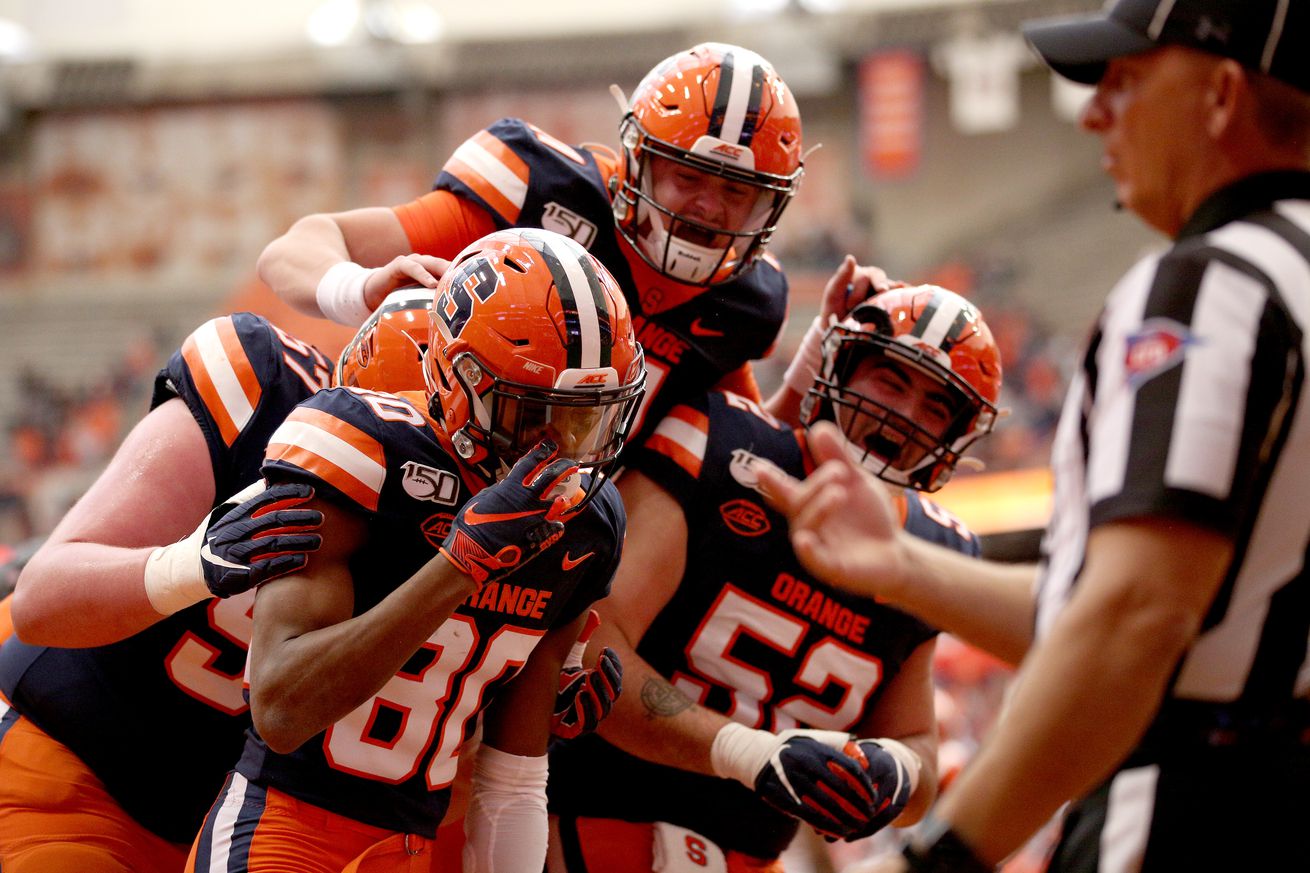 We already knew the opponents. Now we know when we’re playing them…

Last week, the ACC announced its revised football schedule, featuring 10 conference games (plus one non-conference matchup) and Notre Dame included in the proceedings. On Thursday, we learned when those games will be played.

As you already knew, the Syracuse Orange schedule was already a bit tougher than what was initially planned, and now you have the game dates to prove it. A quick look at the week-by-week schedule, which starts on September 12.

if you wanted this defense to wade into things, taking on an explosive UNC offense to start the season isn’t the recipe for that.

This is potentially a better early gauge for how good Syracuse could be (or not) this year. Pitt’s a peer program and has had our number for most of the last two decades. But if SU can hang tough on the road here, there could be reasons for optimism.

Getting a more winnable game like Tech early is good, especially since the Yellow Jackets seem more likely to improve as the season wears on.

Duke earlier is another positive for the Orange, and coupled with the games immediately before/after, there’s a chance to gain some momentum at this point in the slate.

Wish this game wasn’t happening, but whatever. Should be a win.

Any momentum SU has by this point will likely be stopped dead.

This and the BC game are where the season really gets decided. Having Wake right after Clemson could be problematic, however.

State’s another team we probably wanted to face earlier, in case they’re able to figure some things out as the season goes on. This is a must-win if we have any chance of finishing with five or six wins.

Tough way to close out the year, assuming we even get this far into the schedule. Notre Dame’s likely taking this one, so have to hope we’ve already collected the wins we need by this point. Weather could be a problem — not ideal for this Orange offense.

We’ll revise this to add some game-by-game thoughts. But some initial bullets:

What are your thoughts? Leave your own comments below.