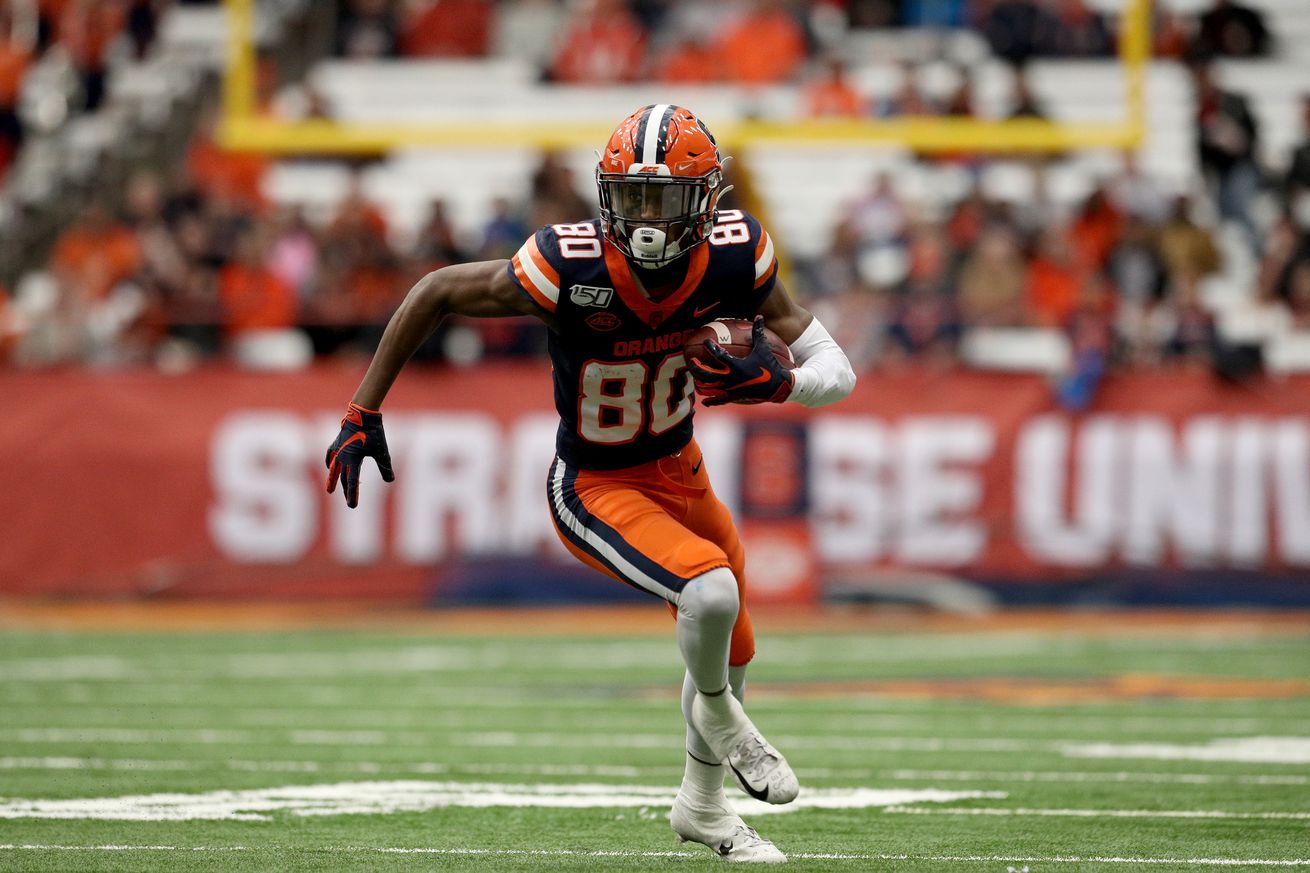 As we do every week, we’re tracking Syracuse Orange football uniform combinations, whether it has anything to do with wins and losses or not. On Wednesday morning, SU revealed what they’ll be wearing for this Saturday’s matchup with the Georgia Tech Yellow Jackets:

Had to go classic for our first time back in Our House. pic.twitter.com/SAFlvOtyqU

After two straight on the road, Syracuse returns home and will be donning their “classic” home look — orange helmets, blue jerseys and orange pants. SU last wore this combination during last season’s finale, a thrilling 39-30 victory over Wake Forest. You may recall it.

The Orange wore this uniform combination three times last year, though the Wake game was the only win. Syracuse was also stomped by Clemson and lost a tough one to Pittsburgh wearing these duds as well.

Despite the appreciated emphasis on the orange helmets since changing to a new uniform set in 2019, SU is just 4-7 wearing them so far. They’re 2-2 in blue jerseys, though. And 3-5 in orange pants. None of that paints an overly rosy picture, but at least these jerseys have gone .500 so far.

Looking forward to the obligatory comment about these not being “classic” jerseys, followed by a picture of one of the 1990s teams below.