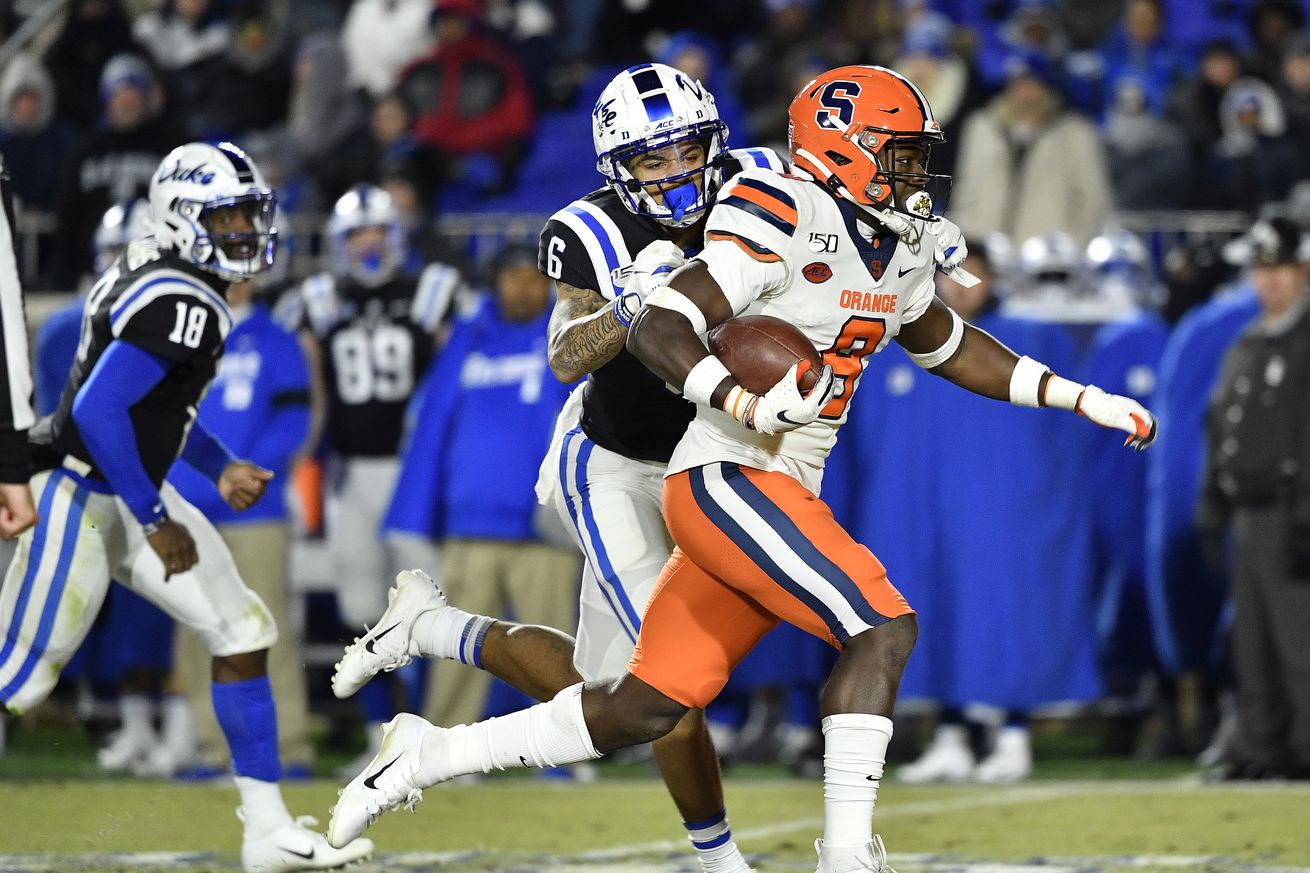 Road whites getting some early work once again

Ultimately, you don’t care what the Syracuse Orange football team is wearing every Saturday, as long as they win games. Still, we do keep track of SU’s uniforms going back to 2014. And now we know what ‘Cuse will be wearing when they face off with the Pittsburgh Panthers this weekend:

Syracuse will have orange helmets, white jerseys and orange pants for the game. It’s not a stark departure from last week, when they had orange lids with white jerseys and pants. Still, it’s a slight variation and the standard road duds.

Since changing to the new uniform template last year, Syracuse has worn this combo twice — at Liberty and at Duke — going 2-0 in those matchups and winning by a combined score of 73-6. So while past results don’t indicate future returns, those are at least some good vibes to bring into this game against Pittsburgh.

Does any of this matter? We’ll find out soon enough.