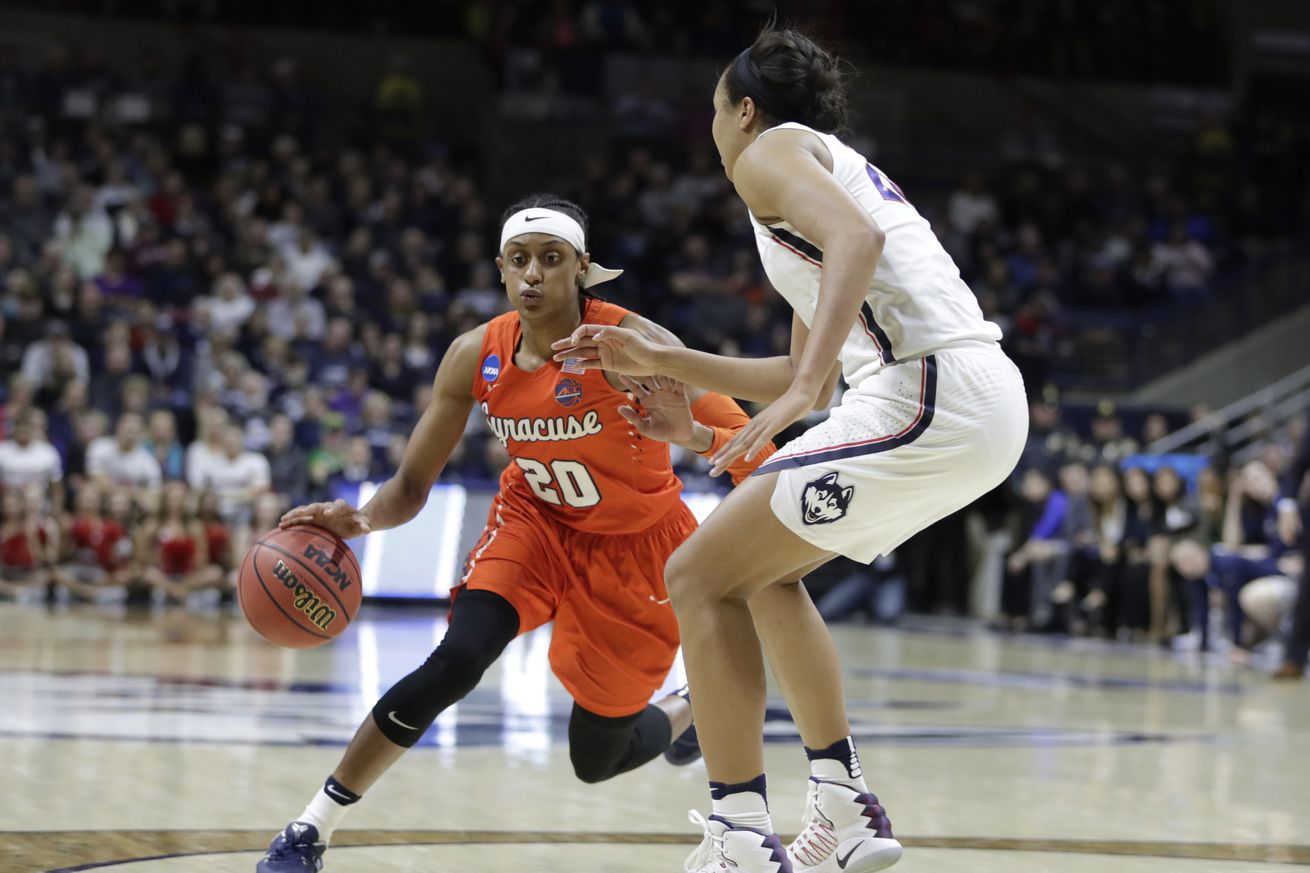 Brittney Sykes had a productive week for the Sparks, while Kayla Alexander continues to look for her footing with the Lynx.

Syracuse Orange alumnae Brittney Sykes and Kayla Alexander played on opposite benches Monday night in a match-up between the Los Angeles Sparks and the Minnesota Lynx. The Lynx ended the Sparks’ nine-game win streak with a 96-78 win.

Both former Orange women had quiet nights. Sykes was held to just four points, a rebound, and a block. Alexander did not make an appearance in her team’s win.

Sykes, the highest-drafted player in Syracuse WBB history (seventh overall), had one of her best performances this season Sunday night. Against her former team the Atlanta Dream, Sykes tallied a team-high 15 points and added four rebounds and three assists. With the win, L.A. became the third team in the league to clinch a playoff spot.

Sykes is in her first season with the Sparks after spending her first three WNBA seasons in ATL.

On a deep Minnesota team, Kayla Alexander is still looking for her space to shine.

This season she has played in just 14 games, averaging six minutes and 2.5 points. Alexander, Syracuse’s all-time leading scorer, was traded to the Lynx this offseason after stints with Chicago and Indiana the last two years. She spent her first five pro seasons with the San Antonio Stars, who became the Las Vegas Aces in 2017.

Los Angeles ranks third in the league standings with a 12-4 mark on the season. Minnesota sits right behind L.A. with an 11-5 record.

Monday’s game was previously scheduled for last Wednesday but was postponed due to a league-wide boycott in response to the shooting of Jacob Blake in Kenosha, Wisc.

Here’s what’s ahead for both players this week…