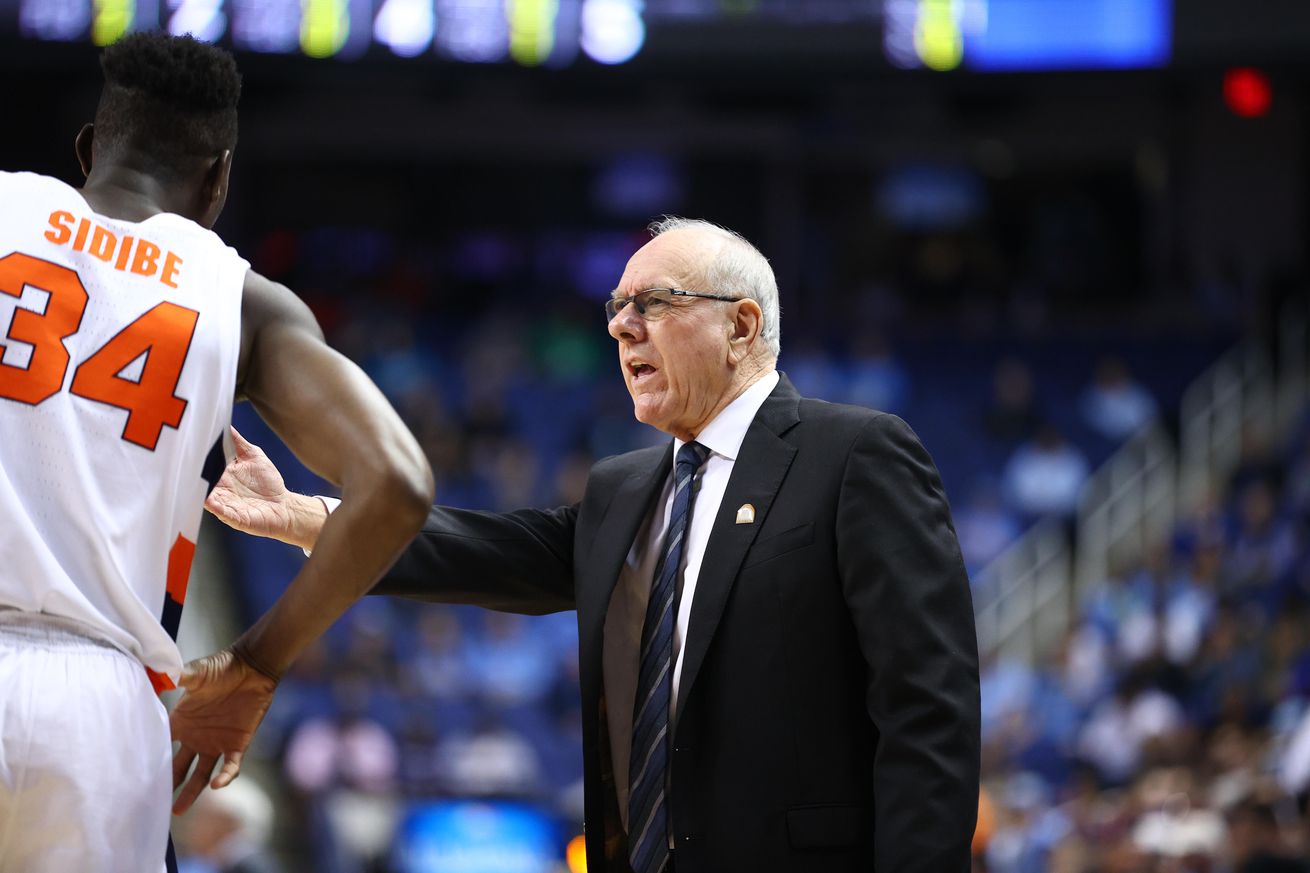 We’ve got some of the NCAA details inside

On Wednesday night, we learned that both Syracuse Orange basketball seasons will not begin until November 25 which isn’t unexpected if you’ve been following along the last few months.

NCAA just made it official: Nov. 25 start date. Here are all the details: https://t.co/C3hSWY7gFP

Practices can begin on October 14, and teams will have 42 days to hold their 30 allowed practices. There will be no exhibition or closed scrimmages allowed before the Nov. 25 start start date. Teams will be allowed to play between 23 and 25 regular season games, and one multiple-team event of up to three games for the men’s team, and four for the women’s squad.

This is what we had for a Syracuse men’s basketball schedule:

If we’re assuming two of the non-conference games are Colgate and Cornell, then will we see an ACC-Big Ten Challenge game and home game against Georgetown for the other two?

A lot is going to depend on what the ACC schedule looks like, so we’ll keep an eye out for news out of Greensboro as it relates to both the Syracuse men and women.