Seventeen baseball players returned to Syracuse University in May of 1972 unsure if they’d play again. SU’s baseball team had taken a short drive down a brand-new Interstate 81 to face Cortland State, and the 1-0 loss ended up being the final game ever played in a Syracuse Orangemen uniform.

Head coach Andy Mogish said he didn’t think about whether or not the team would play the following year. He thought his team, mostly freshmen and sophomores, showed promise.

Syracuse’s baseball program was initially suspended after 1972 amid budget cuts to combat rising inflation at the beginning of the decade, according to a 1972 article in The Daily Orange. Fans and former players have advocated for reinstating the team, but 50 years later, Syracuse remains the only Atlantic Coast Conference school without a baseball team.

“It was a very good year, very fun year,” said Kevin Kuppel, a freshman outfielder on the 1972 team. “I don’t know if at the time (the university) thought they would never have it again or if they thought they were just pausing it, but we never did go back to it.”

The 1972 season started with a 12-game road trip to Virginia over spring break, typical of SU’s baseball team, said former outfielder Chris Kilroy, who played on the team for three seasons. Unable to get a bus, the team shuffled into five cars to make the nearly seven-hour drive down south.

After months of practicing on a dirt field in a barn by Manley Field House, the team won only three games, were no-hit by Maryland and packed into the cars again to head back to a snow-covered campus. Playing a 12 game slate after a few weeks of light practice proved costly — nearly half the team had some sort of injury, according to a 1972 article in The D.O. Freshman Barry Carron, who led the team in batting average at the time, sat out for three weeks with mononucleosis.

But players looked back on their spring break trip fondly, even if it was the last one.

“Those Easter trips were always a highlight of the season,” Kilroy said.

When SU returned home, they finally started to find their stride. Bill Tegeler threw a no-hitter, Carron returned from mono and pitcher Dick Woodridge won three straight games. The team’s 3-9 record turned into 6-9 as they found their footing.

“We were comparable at the time to the teams that we played up north.” Carron said.

By mid-season, the impending suspension of the program was already well known. After a game in Syracuse, then-Temple head coach Skip Wilson approached freshmen Kuppel, Carron and Vince Abatemarco, offering scholarships for future seasons. All three declined and finished their college educations at Syracuse. 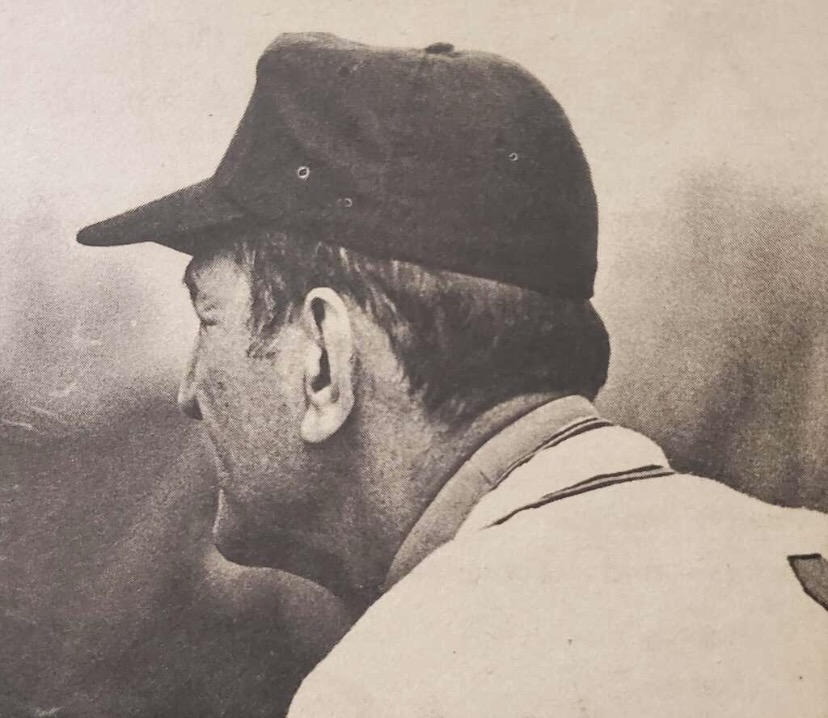 Kuppel and Carron said they stayed because of the connections and friends they’d made outside the team. Carron lived in Kimmel Hall with several basketball players who he still meets up with annually. Kuppel lived in Syracuse and his mom worked for the university, so he didn’t want to leave.

“(Baseball) wasn’t important enough at that point,” Kuppel said. “It left a bad taste, the fact that they dropped the program, so I’m not sure I wanted to pursue it anyway.”

In spring 1972, the university directed all departments to lower expenses by at least 5% by the following school year. Cutting a spring sport made the most sense to then-Athletic Director James Decker, looking to remove at least $44,000 from the department’s $880,000 budget, which was about $6 million adjusted for inflation.

The same year, SU changed the semester calendar, moving graduation from early June to its current time in early May starting the following school year. The baseball season lasted past the new graduation date, forcing the school to provide housing for nearly another month for the group.

“We played a season out, hoped for the best, but that unfortunately didn’t happen,” Kuppel said.

Carron, Kilroy and Kuppel all hypothesized that weather was also a primary reason the program was cut. The team spent months on the road traveling to places with warmer weather. The home opener that season was April 27, which would have been the last day of classes under the spring 1972 academic schedule. This year, the SU softball team’s home opener was on April 2.

We played a season out, hoped for the best, but that unfortunately didn’t happen.

“In the Northeast, it’s part of baseball,” Kuppel said. “You have to play earlier, and typically the weather in Syracuse is terrible.”

SU had five games canceled in a week and a half after returning from Virginia, with rain forcing the team back inside after spending the entire winter practicing indoors.

“It’s really tough to get back in the pitching rotation with games being canceled,” Mogish said at the time. “The weather really affects their arms.”

Just over a month after the final game in Cortland, Title IX was written into law. The law’s intent was to give women and men equal opportunities in education, including school-sponsored athletics.

Syracuse didn’t have a single women’s sport prior to 1971 and added five that fall. They had a budget of $1,000, just about 0.1% of SU’s expenses after the budget cuts. Many former players and fans said the addition of women’s sports, along with impractical weather and other budget cuts, helped make the decision easy.

“It’s one of the reasons why Title IX is not my favorite piece of legislature,” Carron said. “I selfishly feel like the Syracuse University baseball team did not cost a lot of money… It was one of the ways they had to maneuver the system.”

When Kilroy returns to Syracuse in September for his 50th class reunion, the campus and its athletic facilities will be far different from when he played baseball at SU. Lew Carr Field is now grassed and holds lacrosse practices. The barn that held snow-protected practices was torn down when The Dome was built. Kilroy has still never seen The Dome in person. 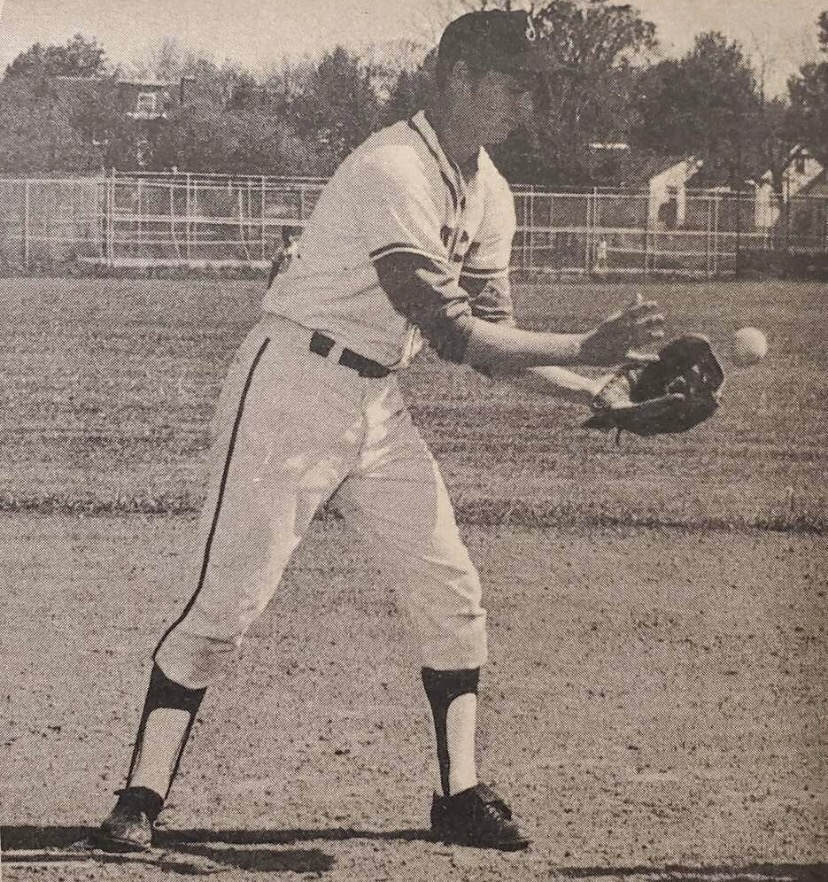 Fans and former players have advocated for reinstating the team, but 50 years later, Syracuse remains the only ACC school without a baseball team. Daily Orange File Photo

With every passing year, the hope of bringing back those facilities, or replacing them with new ones, becomes slimmer. Former SU Athletic Director Daryl Gross briefly advocated for a baseball team almost a decade ago. But he stepped down in 2015, and there have been no talks of a team since.

Athletic expenses have ballooned at SU since 1972, rising almost 100 times to $73 million for the 2020-21 school year. Division I schools spend an average of about $500,000 on their baseball teams, according to the U.S. Department of Education. But a team would likely need much more to compete in the ACC. Wake Forest, which has the smallest athletics budget in the conference, spends $2.6 million annually on its baseball team alone.

Adding a baseball team would not only require the operating expenses that go along with a Division I program, but the scholarships needed to make a program competitive would likely be upwards of $1 million. With roster sizes doubling since the last team competed, alongside Title IX issues, finding the money for a program is unlikely.

“I don’t think anyone expected it would be 50 years,” Kuppel said. “I’m also surprised that (no one) has really studied it… They could present the case to say ‘Here’s how baseball is going to cost us annually’, and see if they could raise the money to see if it could work.”