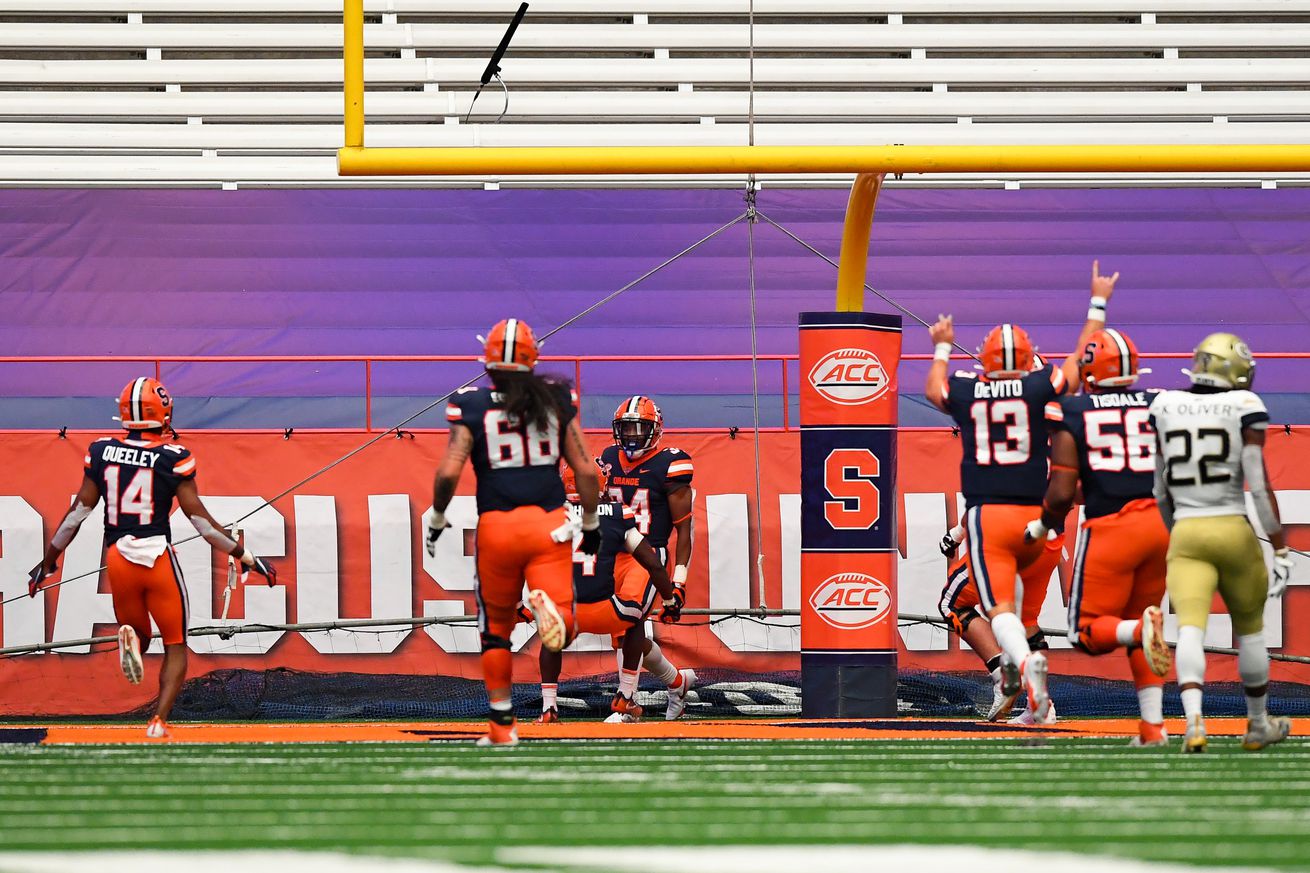 Can the Orange hang on and grab their first win?

The Syracuse Orange and Georgia Tech Yellow Jackets had kickoff delayed for confirmation of COVID test results. Once the game began it seemed like Georgia Tech needed more time to warm up. Syracuse’s defense forced three turnovers in the first quarter and two Sean Tucker runs around an Andre Szmyt field goal gave the Orange a 17-0 lead after one.

Syracuse was 4-6 on third down conversions in the first. Georgia Tech cashed in a Tommy DeVito interception by converting a 4th and 8 when Jeff Sims hit Jahmyr Gibbs on a wheel route for the touchdown. A fake on the extra point was stopped as Pressley Harvin III tried his best Riley Dixon impersonation.

The Orange responded after a strong Nykeim Johnson kickoff return and DeVito hit Taj Harris on a deep ball. What we thought might be a low-scoring game has been anything but as Sims dove in from the 1 to bring Georgia Tech back to within 10.

Tucker has 100 yards on 15 carries to go with his two touchdowns. Harris has 3 receptions for 64 yards and the touchdown. DeVito is 8-13 for 92 yards with 1 TD and 1 Interception. He’s added 30 yards rushing and has only been sacked once. Gibbs leads GT with 12 carries for 73 yards. Sims is only 3-12 passing with 1 TD and 2 Interceptions.

Momentum switched late in the half as Tech got their running game going, so we’ll see if Syracuse can come out strong and finish this one off. It will be the Yellow Jackets ball to start the second half.