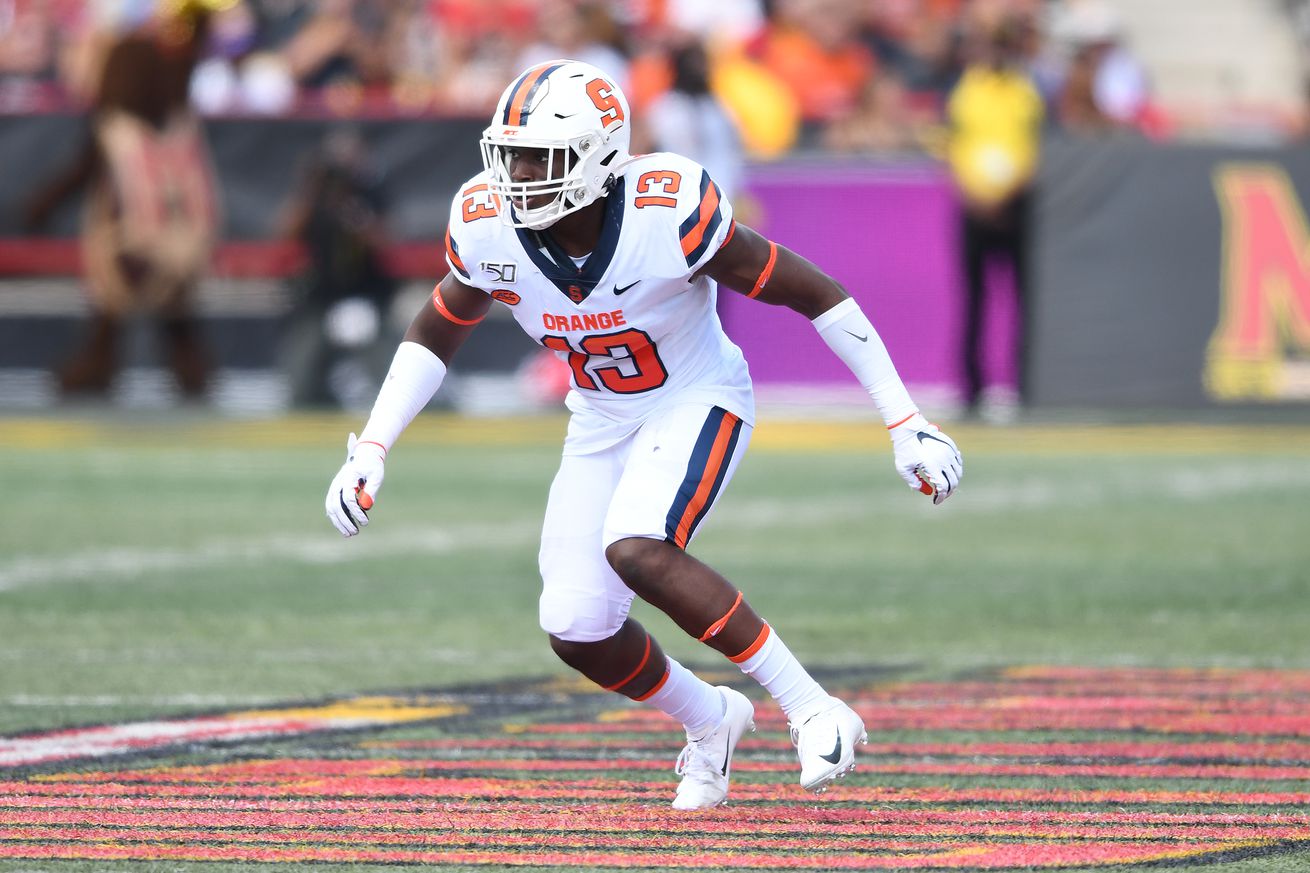 Better than we thought going in, but… we should be winning this game

The Syracuse Orange only trail 7-3 against the No. 18 North Carolina Tar Heels after one half of play on Saturday. That sounds awesome on paper, but the Orange should also be up by double-digits — so certainly a frustrating 30 minutes of football.

UNC came out firing, and rode a big fourth down conversion to an eventual touchdown on the first drive. Since then, however, the Syracuse defense has actually looked up to the task. They’ve allowed 199 total yards in this one, but also sacked Sam Howell once (courtesy of Josh Black) and picked him off another time (Mikel Jones). The Orange also recovered a fumbled punt return, so Special Teams U is alive and well.

And yet, it’s tough not to be a little frustrated. Syracuse has just three points, but also a dropped touchdown pass by Sharod Johnson, maybe another by Taj Harris and a missed field goal by Andre Szmyt (and a short one at that) to end the half. Tommy DeVito is 11-of-22 for 92 yards, but Orange pass-catchers have dropped at least a few balls. Harris leads the team with four catches for 48 yards. Anthony Queeley has two for 20, while Jawhar Jordan, Courtney Jackson and Sharod Johnson have all caught one pass apiece.

Though the offensive line has honestly performed better than I’d thought given the injuries and having to plug Chris Elmore in on the line, DeVito’s still been sacked four times and UNC has six total tackles for loss. SU has just 22 yards on the ground. Jordan’s the leader there with 15 yards, but on eight carries. DeVito’s actually had a couple longer runs for first downs, but his total gets negated by the sacks.

Syracuse has three total points from two red zone trips, and we’ve yet to really see the tight ends get involved. What we saw at the end of the first half from the offense looked promising — and we hope that the same energy is brought into the third quarter when the Orange get the ball to start things off. A Drew Tuazama personal foul also cancelled out a Nykeim Johnson punt return touchdown.

So, in a nutshell: We’re down, but not out of it. But we also should be up by a couple scores. Syracuse seems like they can make this a game. Just need to cut down on the penalties, be a little more effective on offense, and keep up the great work with this defense. Tony White’s 3-3-5 seems to be figuring some things out, and they’re keeping ‘Cuse in this game. With luck, we keep seeing the same effort to close this one out.

Leave your second half thoughts here. We’ll have a quick recap thread up right after the final whistle. G’ORANGE!