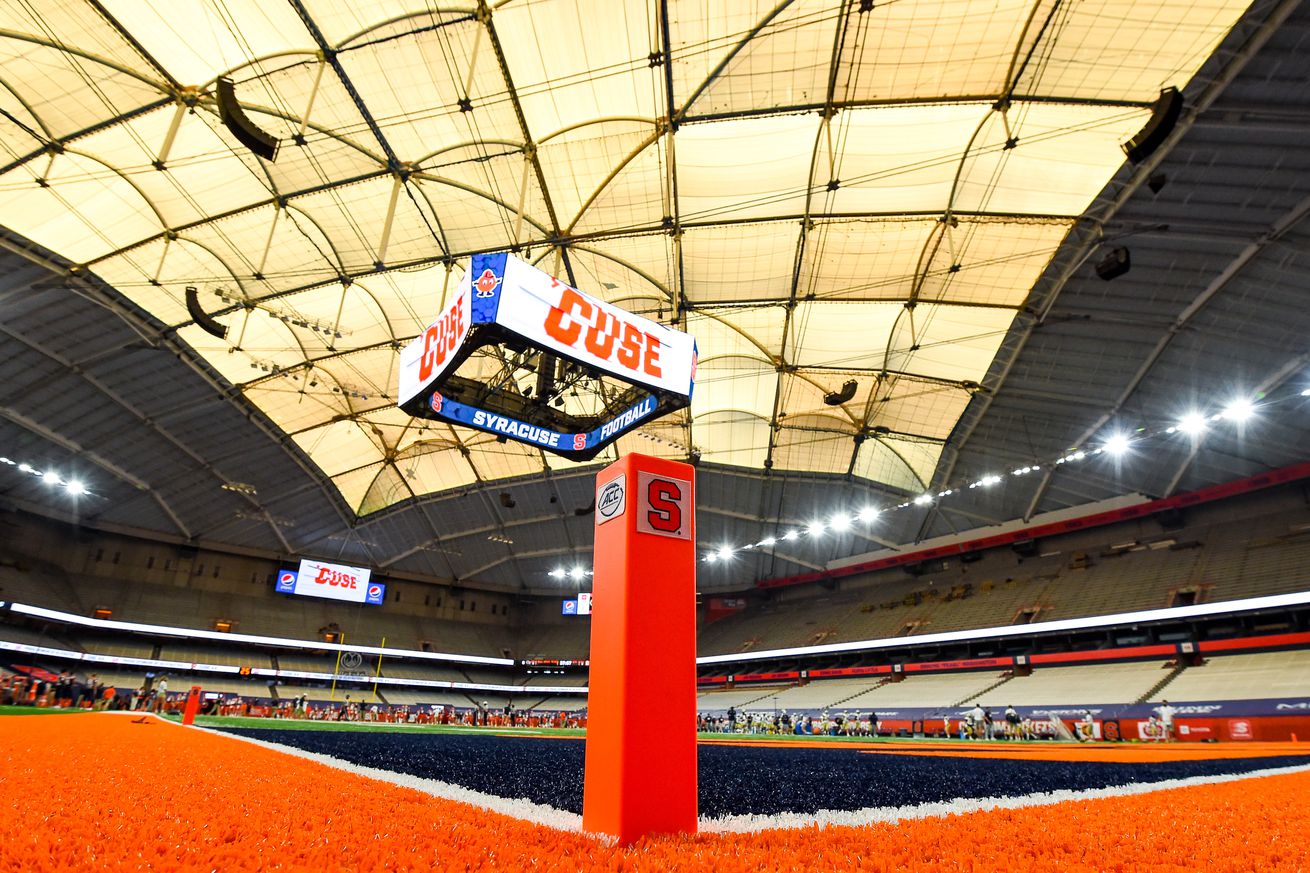 Honors all around for SU’s first win of 2020

The Syracuse Orange can now start filing awards in their cabinet for the 2020 season after Saturday’s 37-20 win over Georgia Tech. Sean Tucker and Trill Williams earned ACC Player of the Week honors from the conference on Monday.

Week 3⃣ Players of the Week!

I talked about Tucker in my player of the game article earlier today, but his stats should be recognized once again. 24 carriers for 112 yards and two touchdowns represents an impressive stat line that the conference recognized. Tucker was barely beaten out for ACC Rookie of the Week by Virginia wide receiver Lavel Davis Jr. in the the Cavaliers’s win over Duke.

Williams impressed as the lone safety left standing in the three-headed monster that included Andre Cisco and Eric Coley to start the season. With both unavailable against Georgia Tech, Williams took the reins as the most experienced safety in the 3-3-5 and led the defense towards another impressive performance.

He earned his first pick of the season after Mikel Jones pressured Jeff Sims to release a weak and high throw. On Ja’Had Carter’s interception, Williams called for a lateral and received the ball after Carter was stopped. He then went the rest of the way for the first Orange defensive score of the season. Two pass break ups capped up an impressive performance for the versatile defensive back.

Congratulations to Sean and Trill on their awards!