espite the unknowns of the 2020 season, Syracuse faces one certainty: Almost every game will be held in an empty stadium.

For now, that includes the recently renovated Carrier Dome. There will be no deafening third downs. No ‘O’ chant in the Star-Spangled Banner. No Dome nachos.

“I think it’s going to be really weird,” said preseason All-American safety Andre Cisco. “I’ve seen the NBA guys do it, and they haven’t flinched at all. It’s a lot different with football, especially college football, when the fans are on your team, basically. It’s tough, but I guess we’ll have to do it for the sake of the game.”

Having a fanless Carrier Dome for football, SU Athletics’ biggest source of revenue, will impact Syracuse’s bottom line. The ripple effects of athletes playing in empty stadiums, likely for the first time in their lives, will extend far beyond the Dome’s concrete walls. An empty Dome will lead to millions in losses for the university and surrounding areas, experts told The Daily Orange.

SU football generated $43.8 million of the athletics department’s record $99.8 million total revenue as of 2018-19, the most recent data available. Jeremy Losak, a professor of sports economics at Syracuse, estimates that roughly 20-30% of that football money came from ticket sales.

“It’s just going to be eerie,” said Danny Liedka, CEO and president of Visit Syracuse. “This is a sports town, this is a Syracuse town. I think there’s an emotional component that people are going to suffer, too. You get to go there, get to cheer on your team, enjoy friendships and family together in a great setting.”

Visit Syracuse is a branch of the Greater Syracuse Chamber of Commerce focused on growing Onondaga County’s tourism industry. SU sporting events drive millions into the local economy from fans who come from outside central New York and spend money at games, hotels and restaurants, Liedka said.

But without fans, that revenue dries up. “It’s a big hit,” Liedka said. 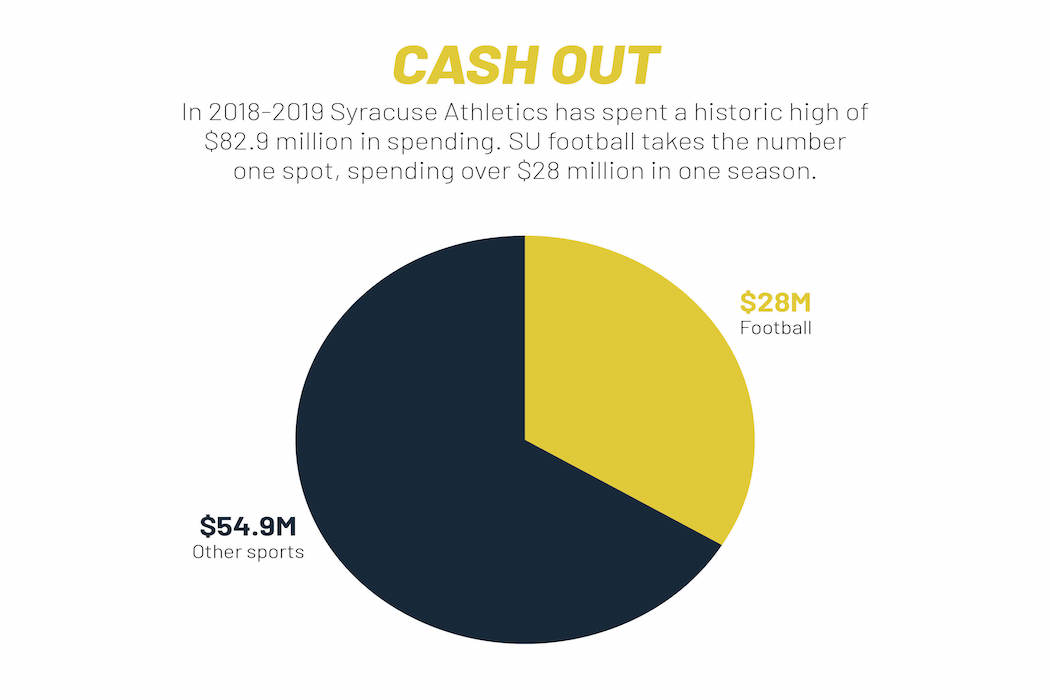 “The fall and the winter were potentially that light at the end of the summer,” Liedka said. “Hotel workers, I mean, 86% of all hotel workers in this county are not working right now. They don’t have to clean a room or don’t have to service a guest, they don’t need those people back. So they’re going to stay unemployed.”

The Crowne Plaza on Almond Street reduced its staff by about 70%, from 100 people to between 25 and 30, general manager Kyle Hares said in an email. No fans means fewer transient guests this fall, which will hamper the hotel industry’s comeback, Hares said.

Beyond Syracuse, programs across the country are handling the prospect of no fans in varying ways. Some Atlantic Coast Conference schools are planning to operate stadiums at limited capacity to recover some of the losses. The three times Syracuse could play in front of fans — at between 20% and 30% capacity — are away games at Clemson, Louisville and Notre Dame.

The ACC will reportedly allow home teams to pump in artificial crowd noise to replicate a typical gameday environment. Boston College launched a program where students can pay $25 for a personalized cardboard cutout in the stands. A team official couldn’t yet provide specific plans for in-stadium accommodations at Syracuse.

On the field, some players anticipate a scrimmage-like atmosphere, while others worry about not getting an extra boost from fans on key plays. Cornerback Ifeatu Melifonwu said players might be more “locked in” since they’ll be able to hear their coaches from the sidelines more clearly.

“That’s definitely going to be weird at first,” defensive end Kingsley Jonathan said. “The main reason you play in the Dome is for the energy that everybody brings from the school and the community.” 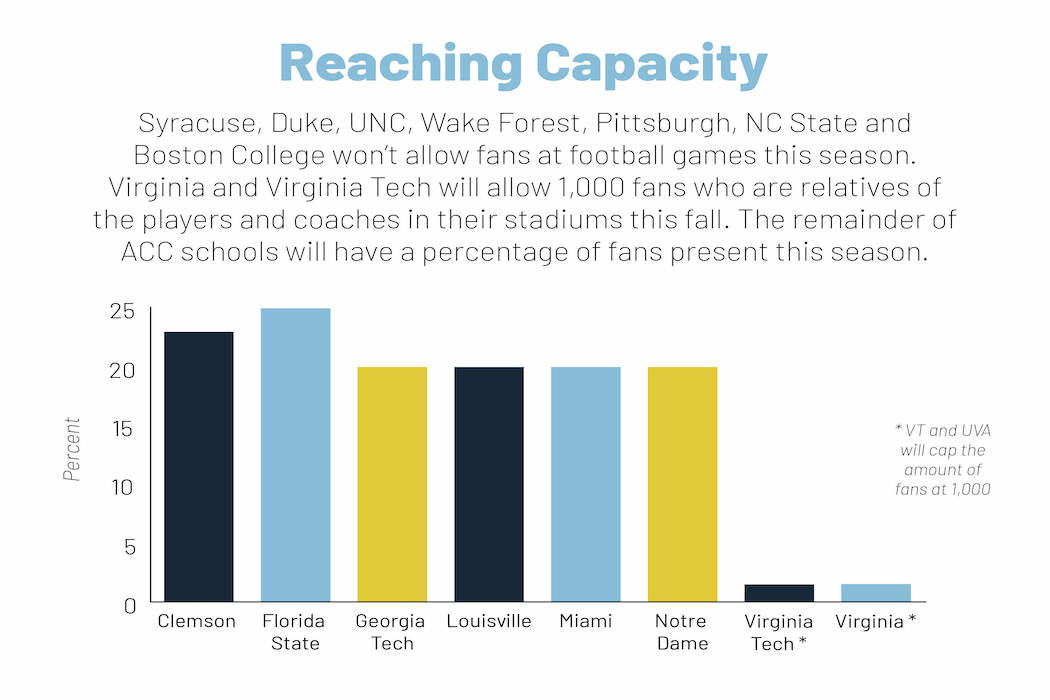 But the reality of the fan effect, according to some studies, is that energy — from foam fingers to fight songs — doesn’t actually change player performance that much.

A 2010 study of Italian soccer matches played in empty stadiums found that home field advantage disappeared, and it had almost nothing to do with the players. Performance — shot percentage, passing accuracy and defense — remained the same as before fanless games. Syracuse’s defense probably didn’t get that goal line stop because the student section yelled a little bit louder.

Home field advantage does exist for a different reason, though: the officials. The biggest impact of the absence of fans is that home teams getting more favorable calls effectively disappears.

The same study concluded favorable calls for the home team dropped by 23-70% in empty stadiums. Toby Moskowitz, a Yale economics professor and co-author of “Scorecasting: The Hidden Influences Behind How Sports Are Played and Games Are Won,” said that conclusion applies to all sports, including college football.

Social influence, a psychology theory stating that humans’ behaviors are affected subconsciously by an environment, explains the difference in officiating, Moskowitz said. In an official’s case, that environment is 49,057 Carrier Dome fans screaming.

“It’s not like we’re seeing referees making bad calls on obvious calls,” Moskowitz said. “They’ll call it against the home team if it’s clear-cut. It’s when they’re not sure. That’s when they tend to side with the home team.”

Syracuse also led the ACC in penalty yards per game (73.9), so losing the benefit of the doubt at home won’t help the Orange’s cause either.

The flipside of losing home field advantage is that Syracuse’s opponents do, too. SU’s road record could potentially improve this year through playing in essentially neutral sites. There will be no fans at either of the Orange’s first two games, at North Carolina and at Pittsburgh.

“I guess we don’t have to deal with no trashy fans,” safety Eric Coley quipped Sept. 1.

Those teams — and their college towns — will be dealing with the same fanless stadium ripple effects as Syracuse. Some strange, some obvious, but all real.

The post RIPPLE EFFECT: What Syracuse and the Carrier Dome will look like without fans appeared first on The Daily Orange.