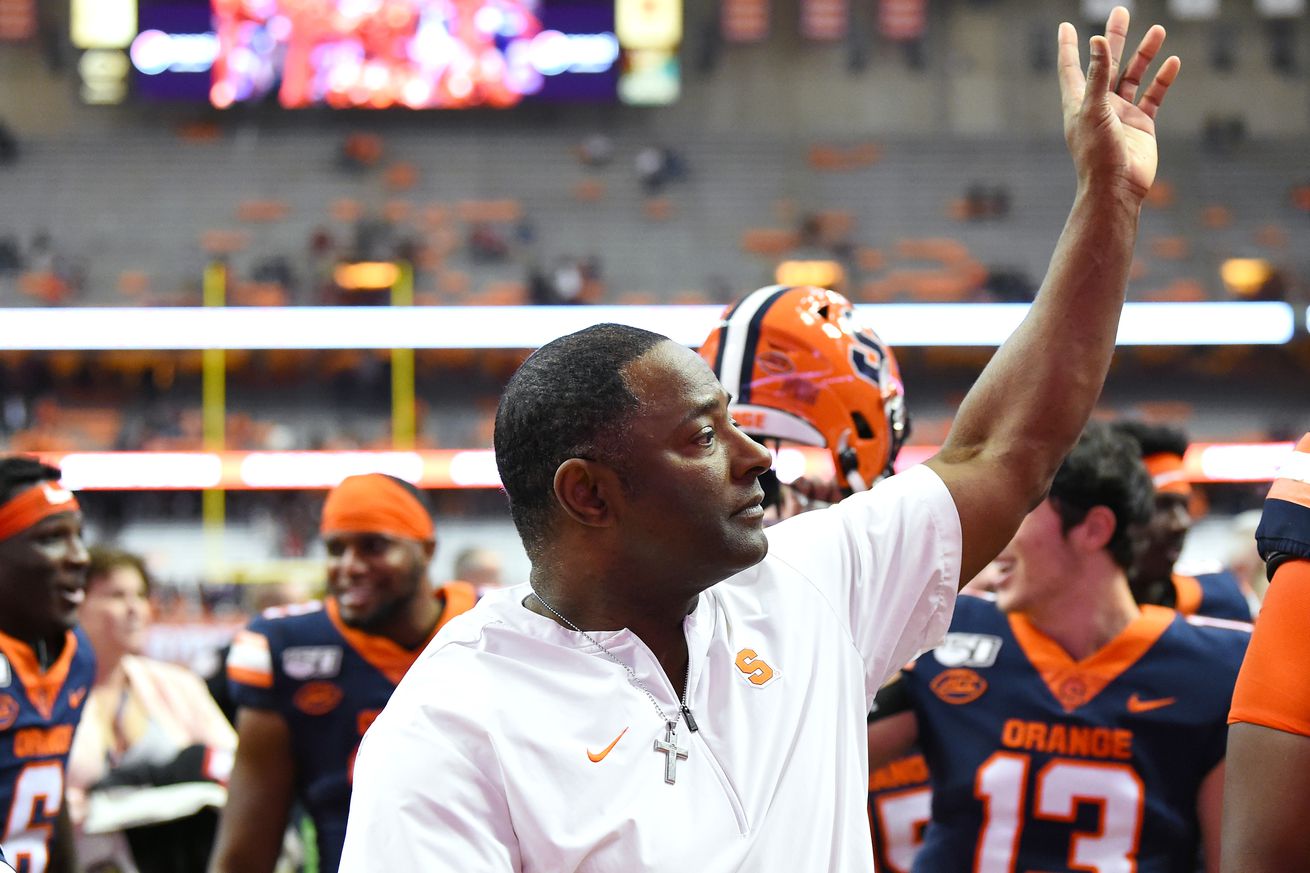 If you want new wide receivers after the UNC game, this could help

Quite a few new prospects are heading to Central New York for the 2021 football season, and Dino Babers added to that group on Monday. Three-star wide receiver Oronde Gadsden II committed to the Syracuse Orange, becoming the 21st player to commit to SU for 2021.

Gadsden comes from quite a prolific football background. His father, Oronde Gadsden, played wide receiver in 74 games for the Miami Dolphins from 1998 to 2003. He recorded 3,252 receiving yards and 22 touchdowns in his NFL career. The elder Gadsden went to Winston-Salem State University and was originally undrafted in 1995.

Surprisingly, Gadsden becomes the first player from Florida to commit to the Orange for 2021. He joins the 6-foot-3 duo of Umari Hatcher and Kendall Long as the wide receiver commits in the class. Prior to Gadsden’s addition, SU’s incoming class was ranked 45th by 247Sports. Gadsden’s addition (he’s slightly outside the top 1,000 in 247’s rankings) potentially helps solidify that a bit more.

Welcome to Syracuse, Oronde! Take a look at his tape below: