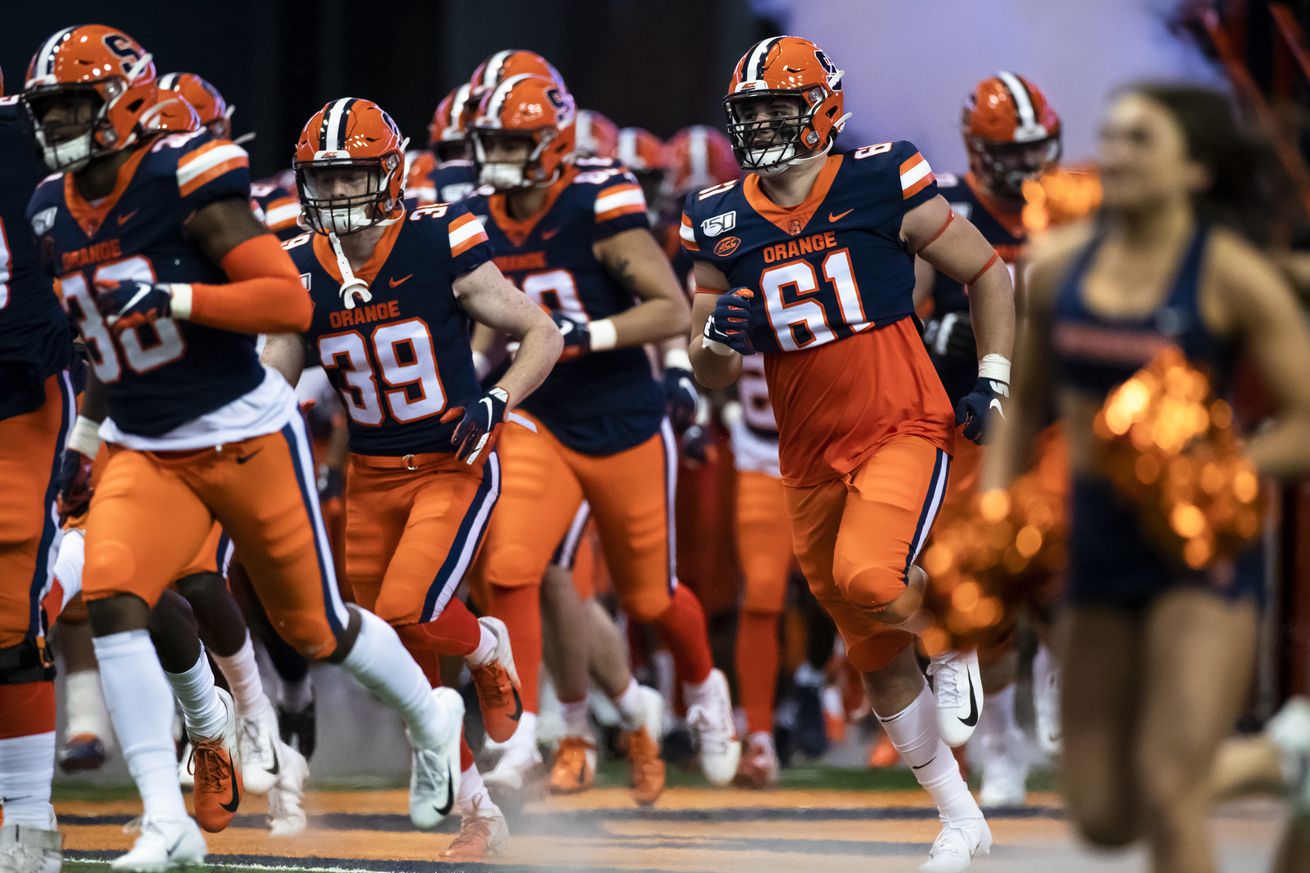 Some much-needed help at wide receiver is en route

Wide receiver depth has been a hot topic as of late for the Syracuse Orange. Luckily SU got some help on that front on Friday, as wide receiver Isaiah Jones announced his commitment for the 2020 season.

Jones is a JUCO transfer from El Camino College in Southern California. The Cocoa, Fla. native played one season for the Warriors in 2019, so he’ll have three years of eligibility with Syracuse. He grabbed 19 receptions for 238 yards and a touchdown in 10 games for El Camino.

Height factors into Jones’s game as he stands at 6-foot-4. He becomes the second tallest wide receiver on the Orange roster alongside incoming freshman Justin Barron. Only fellow newcomer Damien Alford is taller than the pair at 6-foot-5.

Jones also becomes the second member of the class of 2020 to transfer in from the JUCO ranks. Offensive lineman Mark Petry started his college career at Ellsworth Community College in Iowa before transferring to ‘Cuse.

Jones may be competing for playing time straight away in camp, as the Orange look for more options at wide receiver outside of Taj Harris and Nykeim Johnson. His arrival is especially important to Syracuse’s depth after the departure of Cameron Jordan from the program. Expect Jones to compete with the likes of Ed Hendrix and Anthony Queeley for time opposite Harris at the outside wide receiver spot, provided he can catch up on the offense pretty quickly once on campus.

Welcome to Syracuse, Isaiah! As usual, we have to make this caveat whenever someone from warmer climates comes up to ‘Cuse — hopefully you don’t forget to pack some warm pants. Take a look at his tape here: