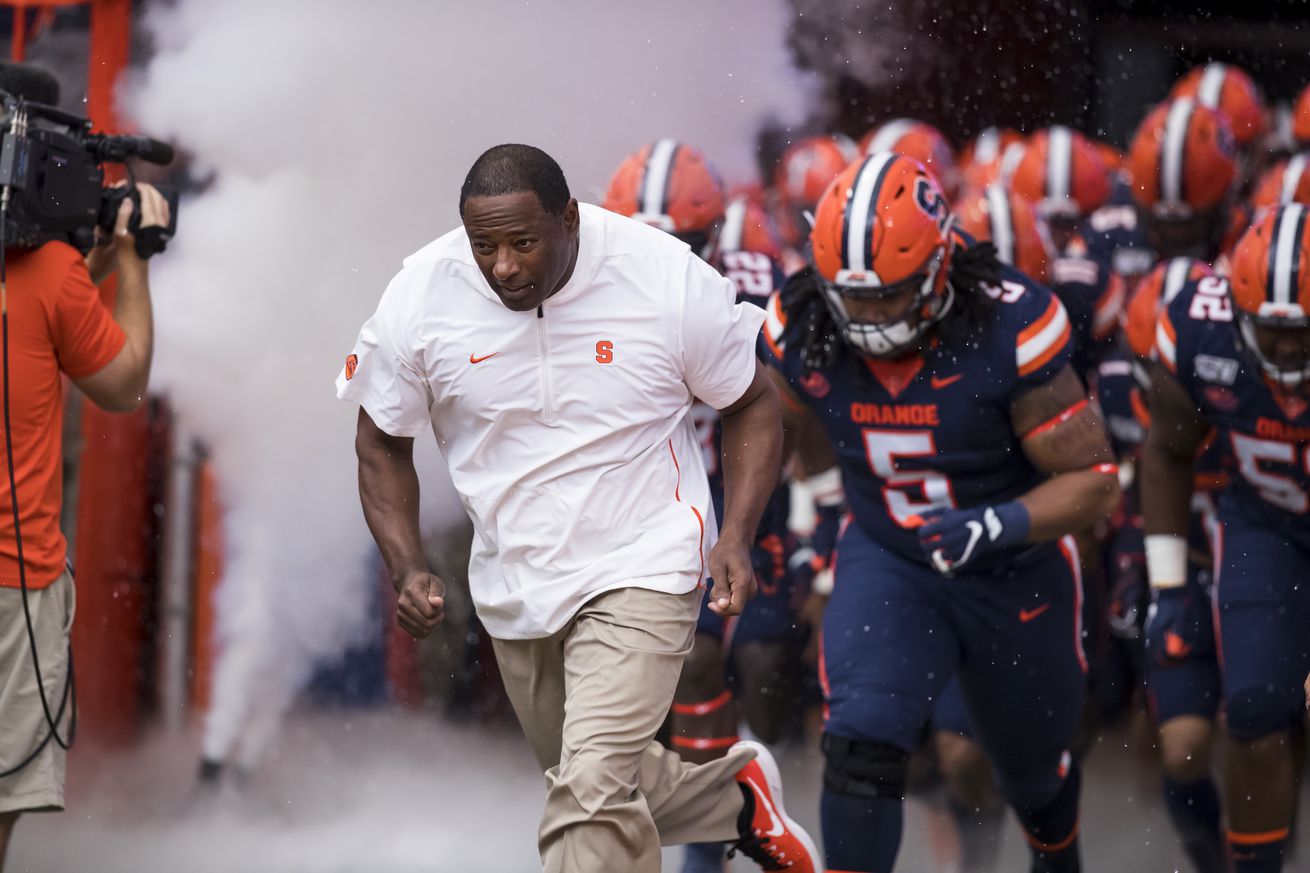 As the 2021 recruiting cycle comes to a close, the Syracuse Orange picked up one of it’s biggest recruits, both literally and figuratively. Four-star offensive lineman Enrique Cruz committed to SU on Monday evening, becoming the second-highest ranked recruit to join the Orange class of 2021.

COMMITTED!! SYRACRUZ! I would like to thank everyone who has helped me the Syracuse coaches @CoachLynch @CoachCavCuseOL @CoachBabersCuse and all my coaches coach Hildreth! Coach p! And coach Madison thank you all you’ve all helped me and inspired me thank you for everything! pic.twitter.com/xZqbIAYLkA

Cruz checks in at 6-foot-5, weighing 252 pounds. He joins a Syracuse recruiting class that has attracted some good talent, including DB Darian “Duce” Chestnut, who was also a four-star recruit until recent downgrades. 247sports thinks very highly of Cruz as the site gives him the four-star rating and also touts him as the 202nd best player in the nation and the 23rd best offensive tackle in the country. He’s earned praise for his play, including from 247sports Director of Scouting Barton Simmons.

“[Cruz is] one of the better movers in this class at offensive line… Pending more vetting during his senior season, we project him as a power five impact starter after some physical maturation with significant NFL draft upside.”

Syracuse has certainly made offensive line a priority during this recruiting season, as five of SU’s 20 commits are offensive linemen including Cruz. Austyn Kauhi, Kalan Ellis, Tyler Magnuson, and fellow Illinois native Wes Hoeh are the other big men on the offensive side of the trenches in the Orange class of 2021.

With the addition of Cruz, Syracuse’s 2021 recruiting class ranking also takes a jump up. 247sports has SU’s class as the 45th best in the nation, up from a previous high of 52. SU’s 2020 recruiting class was ranked 58th.

Welcome to Syracuse, Enrique! Fans, take a look at his tape here: