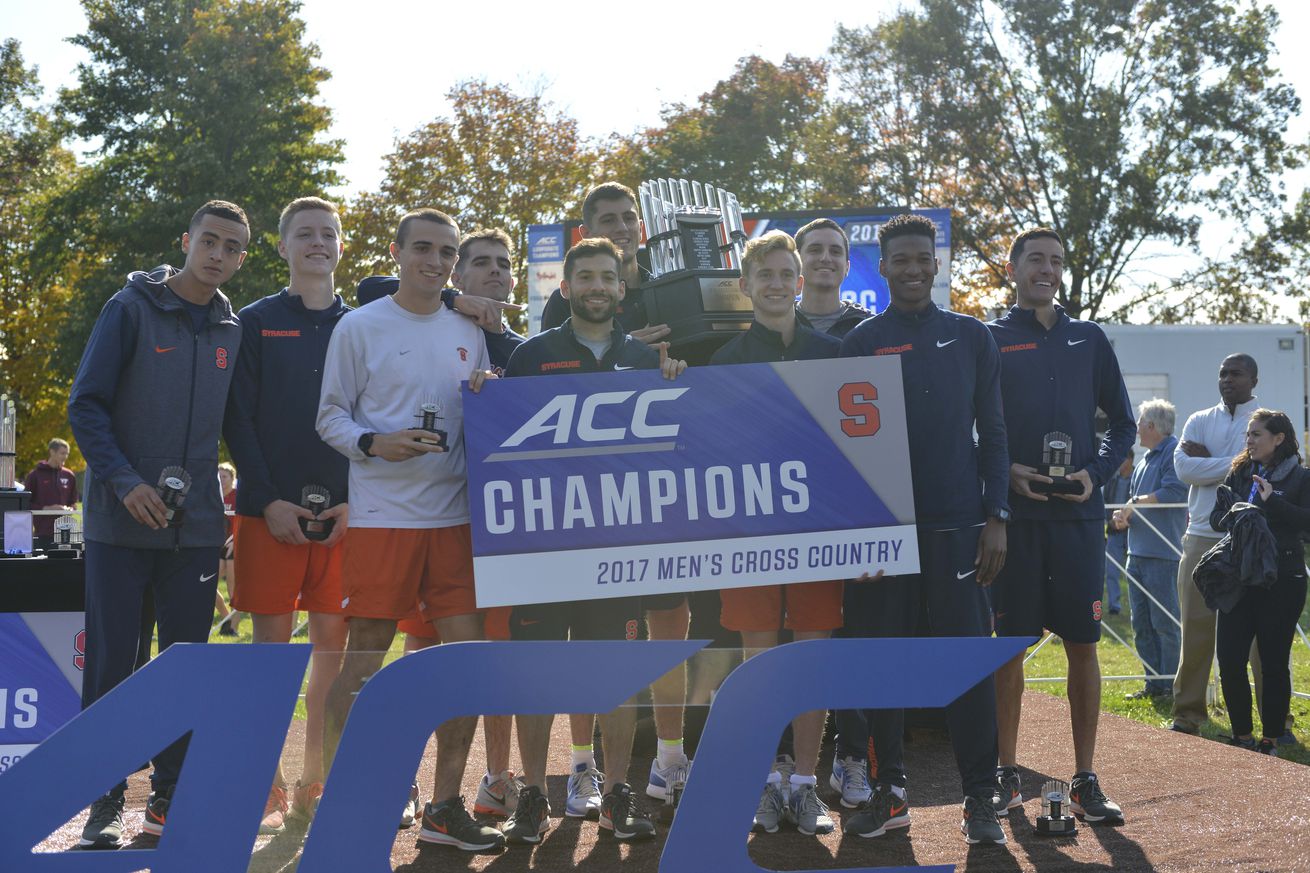 Let’s take a look at the projections

Now that we know when the Syracuse Orange fall sports are about to kick off, let’s look at where they are predicted to finish in the ACC preseason polls, which were all released at various points in the last week or so.

The defending men’s champion Orange were placed second behind the Notre Dame Fighting Irish while the Syracuse women were picked fourth. It sounds like Syracuse will run in at least two meets before the ACC Championships, but we’ll pass along more information when that is confirmed.

The Preseason Coaches Polls are here!

The @NDXCTF men and @PackXC women have been selected to finish first in the league.

The Orange received one first place vote in the coaches poll but that was only good enough for sixth place out of the seven ACC teams. Defending National Champion North Carolina received the other six first-place votes. Laura Graziosi and Charlotte de Vries were named to the Preseason All-America team.

The Preseason Coaches Poll is here!

Expectations aren’t high for the Orange women, but we saw progress in Nicky Adams’ first season so Syracuse could surprise this season. North Carolina is picked to defend their ACC title, while SU is currently picked to finish at the bottom of the league standings.

The Preseason Coaches Poll has been announced!

Reigning ACC Champs @uncwomenssoccer have been voted the preseason favorite!

The Syracuse men were predicted to finish fourth in the North Region with the Clemson Tigers the preseason favorite. Sondre Norheim was named to the Preseason Watch List.

The Preseason Coaches Poll has been released!

@ClemsonMSoccer is chosen as the South Region favorite and overall champion.

⚔️ @UVAMenSoccer is predicted to finish first in the North Region.

Syracuse was predicted to finish sixth with the Pitt Panthers the preseason favorite. Orange standout Paulina Shemanova was also named to the preseason All-ACC team.