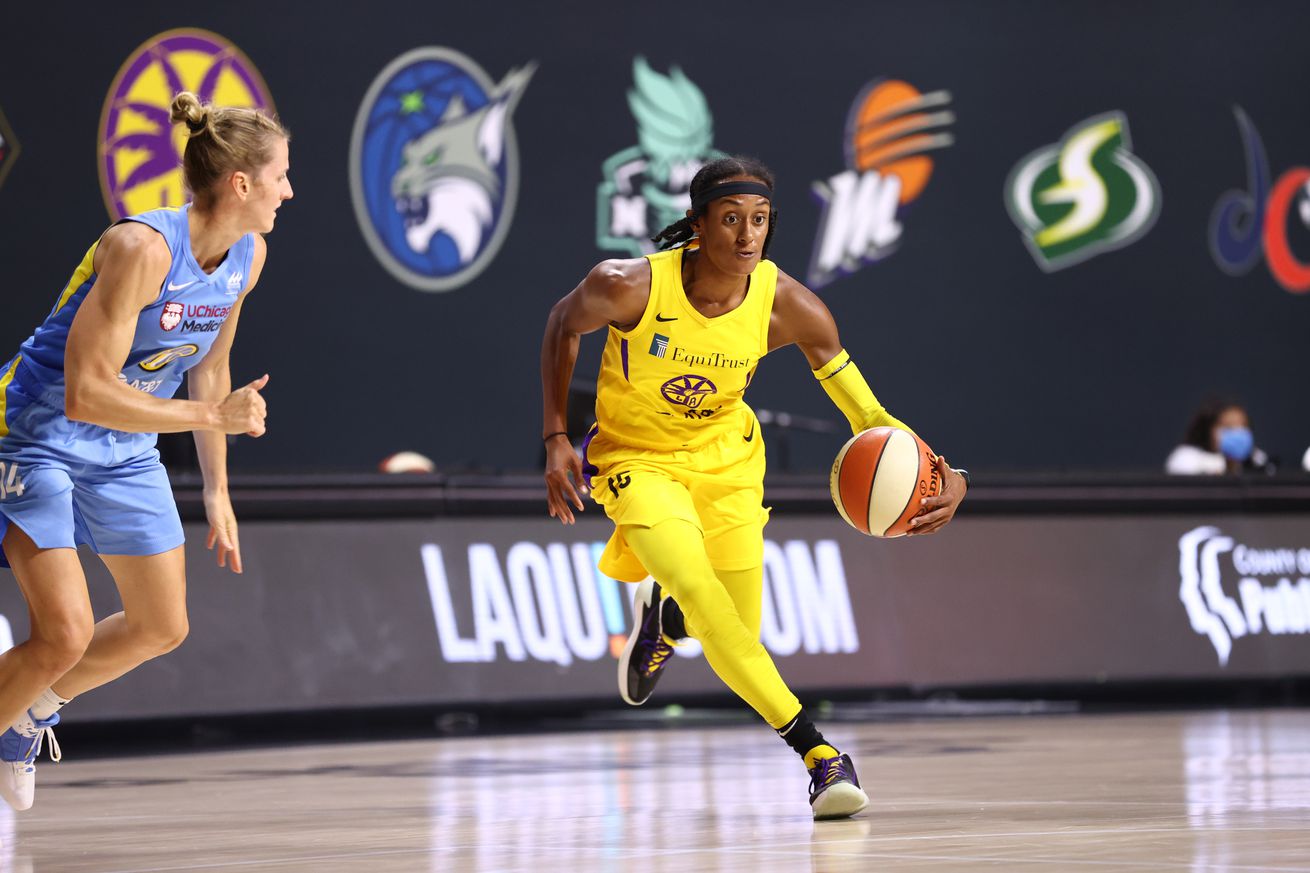 Brittney Sykes of the Los Angeles Sparks and Kayla Alexander of the Minnesota Lynx represented the Syracuse Orange this week in the WNBA. Both players’ teams went 2-1, respectively, on the week.

During the fourth quarter of Sunday night’s Sparks-Sky match-up, Sykes took a knee to the stomach and was assisted off the court by trainers. She did not return to the game. Prior to being injured, Sykes recorded 11 points and three rebounds. The team announced Sykes will undergo tests Monday to determine the injury and the extent of it. The Sparks were able to scrape up a six-point win despite losing Sykes and Sydney Wiese, who also left the game with an injury.

Sykes has been a key piece of the No. 3 Sparks’ impressive season. This week, the Cuse alumnus averaged 15.6 points off 53.8 shooting. She also contributed six steals, steal assists, 10 rebounds, and was perfect from the free-throw line (14-14).

In a match-up between two of the top teams in the league, Seattle and Los Angeles delivered one of the most exciting games this season on Friday night. With .8 seconds left on the clock, the Sparks led the No. 1 Storm 89-87. Seattle’s Jewell Loyd made a three-pointer off an inbounds pass to capture the one-point win.

There was a lot of controversy over whether Loyd stepped out of bounds. Sykes, who was guarding Loyd, strongly believes the Storm player was out and the basket should not have been counted.

“I’m going to start shooting out of bounds,” Sykes said in her postgame interview.

Kayla Alexander made her first appearance in a week for Minnesota. Alexander played three minutes and recorded a steal in the Lynx’ loss to the Seattle Storm.

On the season, Alexander has played in 15 games and is averaging 2.3 points and 1.0 rebound in 5.8 minutes.

Here’s what’s ahead for both players this week…