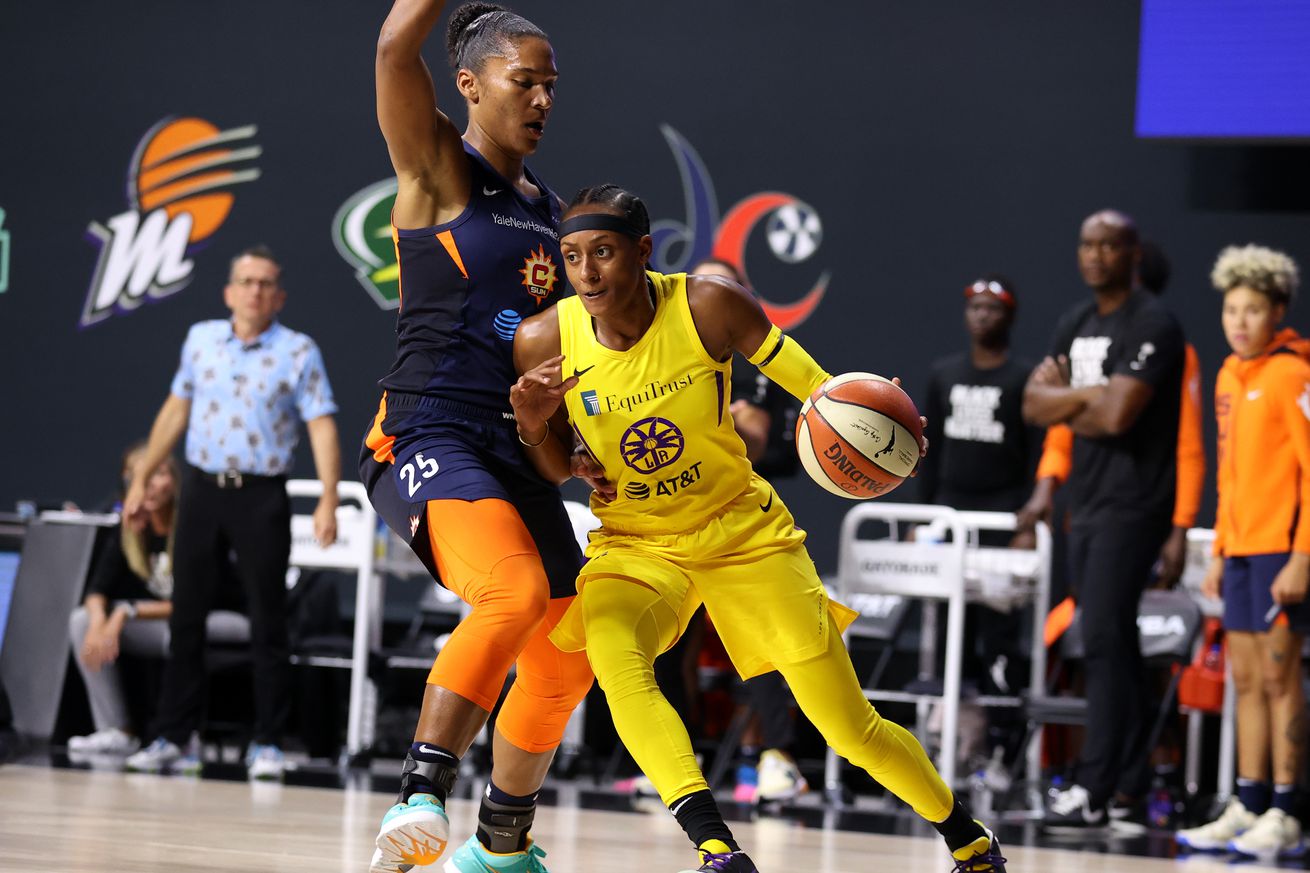 Syracuse Orange alumnae Kayla Alexander and Brittney Sykes, the lone ‘Cuse representatives in the WNBA this season, had some differing results in the second round of the 2020 playoffs on Thursday night.

Alexander’s Minnesota Lynx were able to advance, winning a close 80-79 game over Phoenix Mercury. Alexander did not appear in the single-elimination playoff game.

Alexander, Syracuse’s all-time leading scorer, concluded the 2020 season averaging 5.6 minutes, 2.3 points, and one rebound per contest in 16 games. Alexander was traded to Minnesota after stints with Chicago last season and Indiana in 2018. Prior to that, Alexander spent five seasons with the San Antonio Stars (now the Las Vegas Aces).

Sykes’ and the No. 3 seed Los Angeles Sparks were upset by the seventh-seeded Connecticut Sun, 73-59.

Sykes was held to just eight points on 27.3% shooting from the field. She had six personal fouls and three turnovers in the game.

In 2020, Sykes started 14 games for LA and averaged 10.1 points and 2.6 rebounds per contest. Sykes was traded to the Sparks after spending her first three WNBA seasons with the Atlanta Dream. She is the highest-drafted player in Syracuse WBB history (seventh overall in 2017).