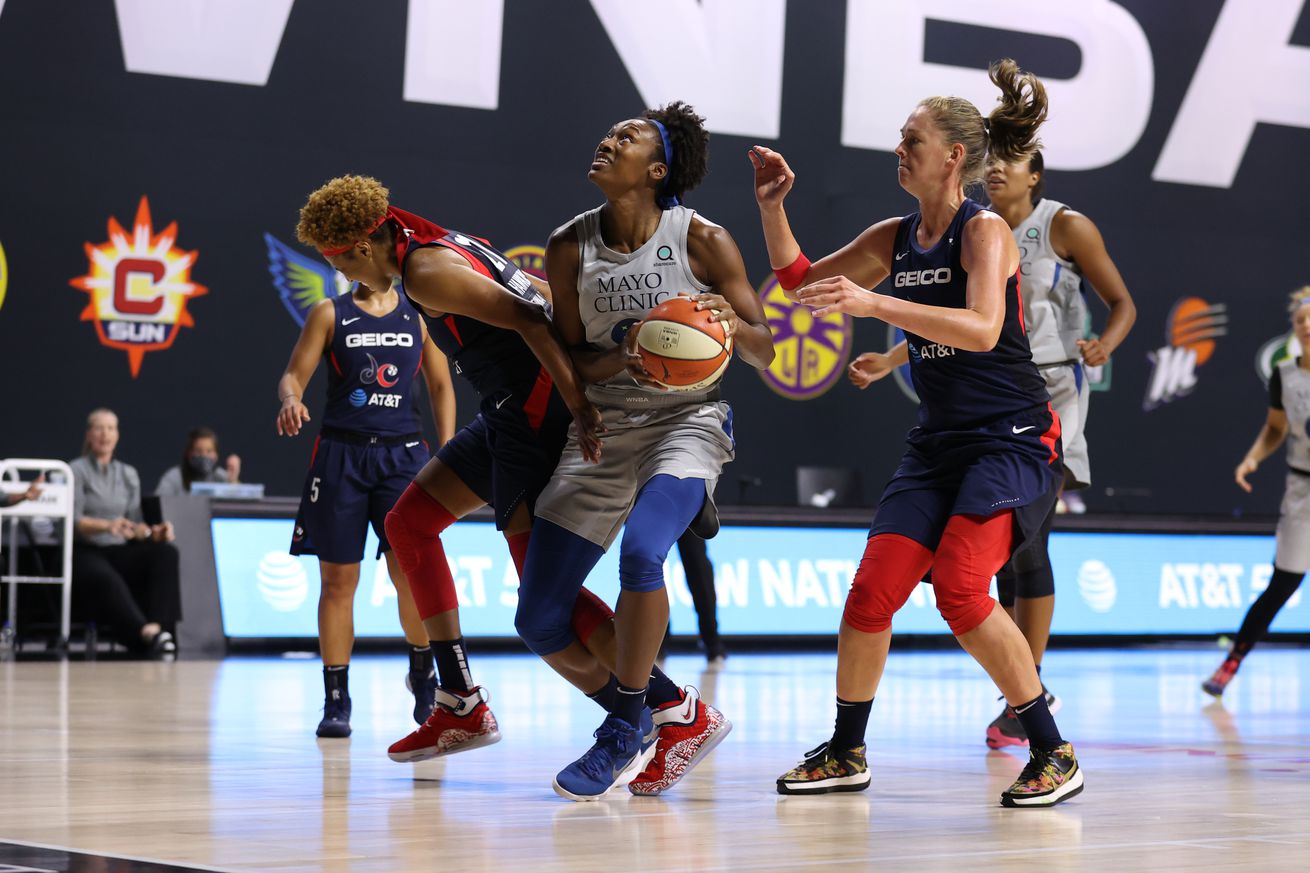 Kayla Alexander and the Minnesota Lynx were swept in the WNBA Semifinals by the Seattle Storm.

Kayla Alexander, the lone Syracuse alumnus in the WNBA Semifinals, was eliminated along with her Minnesota Lynx by the Seattle Storm Sunday afternoon.

Alexander, a seven-year veteran, averaged 2.3 points and one rebound in 16 games this season. Prior to signing with Minnesota this offseason, Alexander had stints in Chicago, Indiana, and the San Antonio Stars (now the Las Vegas Aces).

Along with Alexander, Brittney Sykes represented Syracuse in the WNBA this season. Her Los Angeles Sparks were sent home in the second round, single-elimination game versus the Connecticut Sun.

Sykes started in 14 games this season and averaged 10.1 points and 2.6 rebounds per contest. She was traded to the Sparks after spending her first three WNBA seasons with the Atlanta Dream.

When she graduated, Sykes ranked third in school history with 1,846 points, first in starts (137), and third in field goals made (670). She is the highest-drafted player in program history as seventh overall in 2017.