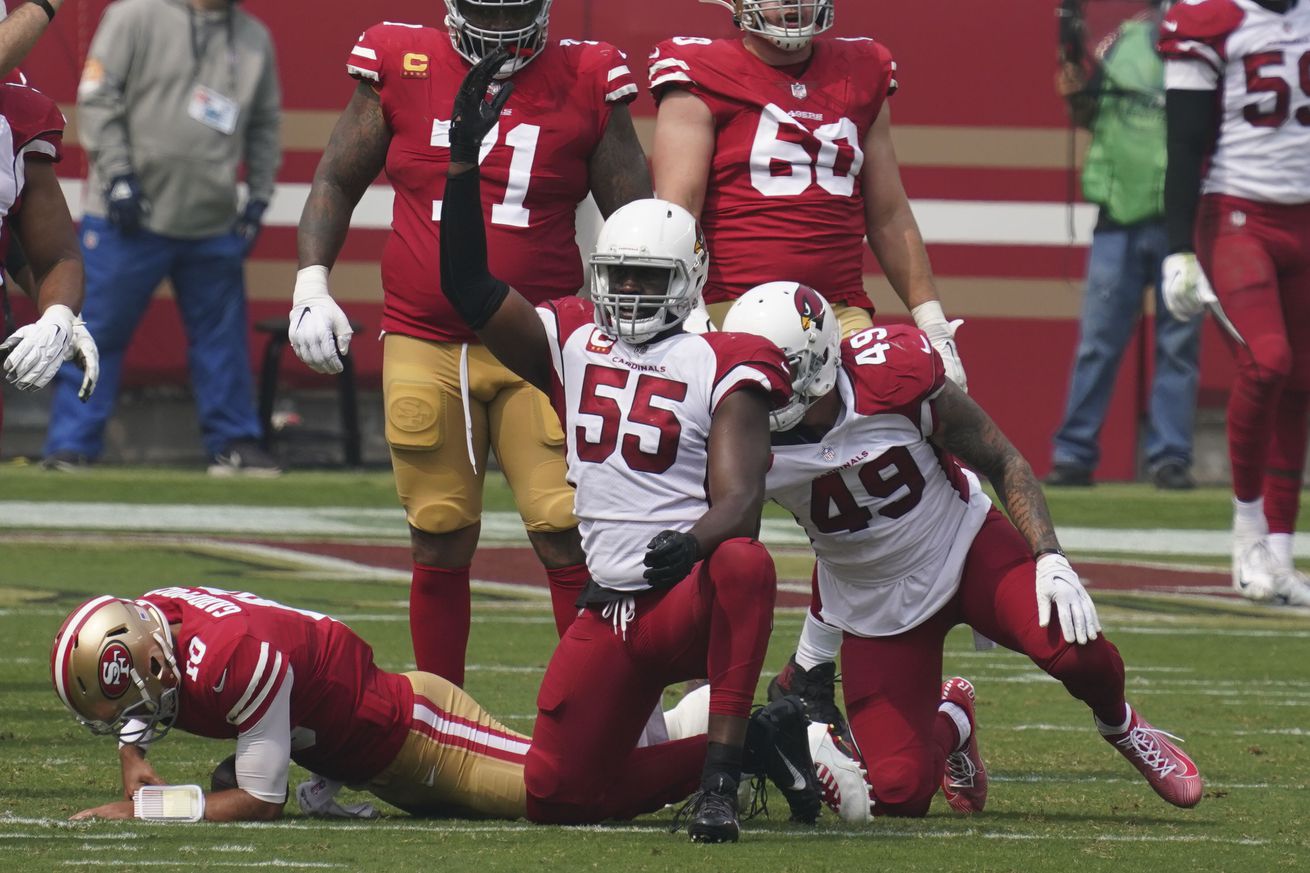 One former ‘Cuse stars closes in on a landmark

While the Syracuse Orange may not have had the most successful weekend, their alumni in the NFL saw a very different story. With 7 former Orange stars on active rosters (and more on practice squads), our Orange in the NFL recaps are filling out nicely. This week, one of my favorite former ‘Cuse players got closer to a major statistical milestone and many more saw success in Week 1.

Jones helped the Cardinals defeat the San Fransisco 49ers 24-20, tallying another sack. This gives Jones 97 sacks in his NFL career, putting him three away from becoming the 35th player in NFL history with 100 official sacks. He’s also creeping close to Dwight Freeney’s 125.5 mark, the most by any Orange in the NFL

As mentioned above, Pugh was part of a winning effort for the Cardinals, starting along the offensive line. This comes a couple of weeks after Pugh was allegedly shopped around by Arizona.

Dixon was busy in the Giants 26-16 loss to the Pittsburgh Steelers, kicking 5 punts average just over 38 yards per punt. While that may not be great, he pinned the Steelers inside their own 20 three times, and booted one 53 yards.

The Colts fell to former Orange head coach Doug Marrone’s Jacksonville Jaguars 27-20. Franklin got snaps but did not register any tackles.

The Seahawks defeated the Atlanta Falcons 38-25, and judging by what I can find on NFL.com, did not register any snaps in the effort.

Meanwhile on the other side of the field, Special Teams U alumnus Hofrichter punted twice, averaging an insane 50 yards per kick. A fantastic showing from the rookie special teamer.